Over the weekend, I received an email from an assistant teacher at the West Baltimore Public Charter School Roots and Branches.  The school is one of five that Baltimore City Schools CEO Gregory Thornton has recommended to close at the end of the school year.  The email read, in part:

Students, parents, and staff are heartbroken because we know what a resource Roots And Branches is to the Sandtown-Winchester community, and the city at large. Roots And Branches serves the community that is economically unstable, and is known for having very high crime rates. We provide mental health support beyond that of many public schools, as well as offer a food pantry and vision and dental services. A portion of our students go home with a survival bag over the weekend with food from our pantry because they have shown that otherwise, they would not be eating.We do have issues such as spotty attendance and low test scores, but we are developing, and frankly, so do a lot of other schools in these neighborhoods.  I find it hard to believe that shutting down a school like ours will ameliorate the issue–rather it would only serve to crowd schools that are already packed and teach our students based on completely different methodology.

She asked that we publish her open letter to Dr. Thornton, below. -S.D.

To Mr. Thornton and To Whomever Else It May Concern,

My name is unimportant. But my story is vital, because it is the story mirrored in so many of the students served by this district, including students in some of the schools that you and your teams are lobbying to close.

I am a product of Baltimore City, and as such, of its schools. I grew up in the tree lined streets of Grove Park, moved near the Forest Park area, and into Ashburton-East Arlington before finally settling in Pikesville.

I am the product of a single mother, bolstered by the love of a nuclear family—aunts, grandparents, an uncle—who valued education and excellence and saw fit that I go to good schools, even if they weren’t the ones that I was zoned to.

I qualified for reduced, and at one point, free breakfast and lunch while in school.

I often caught two and three busses in the morning and afternoon to get to school and had to keep track of tickets or a passbook. I also had to explain tardiness to teachers when, at the mercy of fickle public transportation, I arrived late.

I wore the navy and khaki represented by more than a few schools in this district.

I applied to citywide high schools in the eighth grade.

I did service learning and worked for YouthWorks in high school.

I graduated from a school that has an enduring and solid legacy here in the city and beyond.

Because of my public school education, I was exposed to roughly six languages beside English, I took four to five different sciences, explored governments locally and worldwide, I was studying the classics at an age when most people were not, I expressed myself through art forms such as ceramics and poetry, and gained a deeper knowledge of my heritage and my history.

I went on to mentor a younger student and to devote most of my late twenties to teaching a new generation of students inquisitiveness and scholarship as I was taught.

Here, however, is where I differ from a lot of the students who I teach:

Please understand that we serve a population of students who have dealt with more drama and sadness and insecurity before the age of 10 than we are likely to see in two of our lifetimes. Please understand that so much of the issues at stake here are HEART issues, for if I teach the child of a parent who doesn’t see the merit in reading to their child—if they are even literate themselves—if I teach the child of a parent who can’t be bothered to send their child to school—the place where they get two full meals and a snack and time to play and become creative beings in ADDITION to being academically challenged, then nothing I do OR you do, including shutting down what has become a resource to this community, is really going to make a difference. This is a systemic and generational and socioeconomic issue that completely dwarfs us, and the most that we can do is hold our heads up and try our best and go home to our own children and families confident in the fact that we did the best that we could.

One thing that we tirelessly tell the students at Roots and Branches is that when they make an unwise choice, they can ALWAYS make it better, and that is reflected in the 40 or so individual human stories that make their way in here everyday to try just one more time. Closing the school won’t make 200 test scores rise exponentially—what it will do is shuffle those children like forgotten decks of cards to other players at the table—other schools that may or may not have the room for them and will stuff these bright and well meaning little minds into an individual desk in a cramped room and hand them a sheaf of papers when they are used to learning with their ears and their hands and their bodies and their conversations and demand that it be done. And they will continue to build prison cells for the less successful in that number because they are casting a vision of these children as criminals before they even had a fighting chance to be doctors or dancers or construction workers or architects. Closing the school won’t make data points ebb and flow like constellations, but what it will do is take away the loving community that these children have known, and for some the only one that they DO know, for one to five years now.

I am not writing this as a teacher with blinders on, far from that. We have a lot of work to do and there are areas that need polishing, but imagine if every athlete who performed terribly at tryouts or every musician who bombed an audition, or every teacher and city official with terrible anxiety and bad people skills did not show their best selves in an interview and were denied the chance to try again. What justice is there in that? If we tell our students that perseverance is key and then are shuttered before that second shot happens, won’t hypocrites be made of us all? I am a proud product of the Baltimore City Public School System. I am a teacher, a daughter, a reader, a writer, a mentor, a dreamer, a student, an aesthete, an eloquent speaker, an activist, a feeler, and a doer. I learned that here. What I am, most of all however, is a woman who believes fervently in the power of grace, and knowing without a doubt that no recipient of grace ever regretted being offered that Hail Mary shot. We need an advocate. We need that advocate to be you. 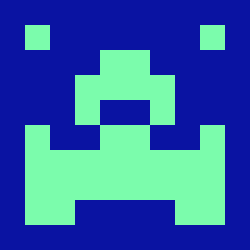