We’ve been thinking about posting movie reviews for some time now, so when IFC Films asked us to review Boyhood, we figured it was a sign.  Our writer C.G. Dunn gives us his take.

At first glance, director Richard Linklater’s filmography seems like a scattershot list of titles. It includes the kid-movie classic School of Rock, the Before Sunrise trilogy of romantic dramas, the 90’s McConaughey action flick The Newton Boys, and a lot in between. The only element that seems to tie these films together is the witty, world-weary sensibility of the director. His latest, Boyhood, which opens at The Charles on Friday, shares the same sensibility, but this time he returns to familiar ground in a somewhat biographical growing-up-Texan story, while at the same time reaching new heights, high above anything he has attempted before.

The film’s title is also its synopsis, but its concept doesn’t reveal itself until you learn the details of the production. Linklater and the cast and crew shot the film for a few days a year, every year for 12 years, allowing us to see the characters and actors age in sync before our eyes. It’s a marvelous technical achievement, but it would be merely a gimmick if it weren’t in the service of a great film.

It’s not a traditional story, per se. Rather, the movie is the timeline of a family with four primary characters: protagonist Mason (Ellar Coltrane), his sister (played by Linklater’s daughter Lorelei), their mother (Patricia Arquette), and their father (Ethan Hawke). (It should be said that while we notice definite changes in Arquette and Hawke as they age, they generally look pretty good at the end of the film. Good job staying pretty, celebrities.) Over the years, life happens, and the common issues arise: parenting, marriage, divorce, work, dating, love, fitting in, authority, individuality, responsibility, masculinity, music, politics, religion. It’s all there. We’ve seen these themes explored time and again, but what separates Boyhood from the pack is both its massive scope and the sheer accuracy with which it recreates the trials of life, with genuine characters in which you are bound to see yourself or people you know. If you remember being a kid, or if you’ve ever been a parent, Boyhood will feel like a personal home movie. The fact that it explores common themes is the point of the film, because the film is about life itself. How’s that for ambitious?

The anchor of all of this is Ellar Coltrane, who embodies his character, Mason. Whether romping through his lively childhood or slogging through the awkwardness of his teens, Coltrane consistently gives Mason a surprising sensitivity and a core confidence that grows with the years, and with good comedic timing to boot. He’s no doubt a fine actor, but a lot of credit must go to Linklater for capturing the real and natural changes he and the other actors underwent growing up. Voices and faces transform, hair styles change, quirks emerge and disappear, all fascinating to watch. It’s sometimes hard to see where the actor ends and the character begins. For example, Samantha, played by Linklater’s daughter Lorelei, starts the film hilarious and energetic, and as she grows older becomes more grounded, even shy. The viewer gets the impression that it is not only the arc of the character, but of the actress herself. The unique nature of the production gives these performances a documentary-like legitimacy unlike anything seen before in the history of film.

The adults do their part, too. Because it’s an ordinary story with ordinary characters, they smartly aim for realism above anything else. Patricia Arquette is outstanding in her sturdy, subtle portrayal of a struggling single mom. Ethan Hawke is more charming than ever as a slow-to-grow-up dad, and Marco Perella injects just the perfect amount of ham into his memorable performance as a blowhard stepdad, which is one of several solid performances among the large supporting cast.

Just as Boyhood documents the coming-of-age of its characters, it also represents a sort of coming-of-age for Linklater. Twenty years ago he brought us Dazed and Confused, one of the great teen comedies. Boyhood is similar to Dazed in that instead putting forth a plot, it simply opens a door to interesting characters and we watch as they try to find their way. While Linklater shows the same humor, compassion, and knack for dialogue here as he did then, he also proves with this film that he’s capable of so much more. He is now 53, releasing a movie that he began producing at 40, and it is in every way the culmination of his career. And while he may impress us for years to come, Boyhood is Linklater’s finest hour (or 2 hours and 45 minutes, to be exact). It’s the kind of once-in-a-lifetime statement that very few are capable of making. 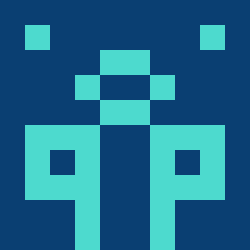