From Citybizlist – Is Democratic gubernatorial nominee Anthony Brown about to blow a “sure thing” in Maryland?

On the eve of the first governor’s debate, is the lieutenant governor “pulling a Townsend” similar to Kathleen Kennedy Townsend’s implosion in the 2002 governor’s race that gift-wrapped the election for Republican underdog Bob Ehrlich?

The Brown campaign is badly off-track.

Its professional staff has hermetically sealed their candidate in a tight cocoon, isolating him from the media and all voters except the most loyal Democratic groups.

They’ve picked the wrong issues to run on. Abortion rights and gun control laws are settled matters in Maryland. Even Republican gubernatorial nominee Larry Hogan Jr. agrees on that.

The pocketbook issues will decide this election — or as advisers to Bill Clinton put it in the 1990s, “It’s the economy, stupid.”

According to Patrick Gonzales’ latest poll, the most pressing matters for voters — by far — are the economy and taxes. These are precisely the themes heavily promoted by Hogan and ignored by Brown.

Brown hired national campaign specialists when he should have turned to local pros. While abortion and gun control still might be dominant issues in Kansas or Georgia, they aren’t in Maryland. It doesn’t take a genius to figure that out.

Meanwhile, Brown’s handlers have isolated him from the public at large. 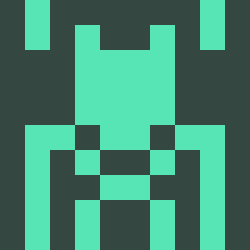