Stronger Together at The St. Paul’s Schools

At The St. Paul’s Schools, we are stronger together. Life on campus may look different this fall, but the St. Paul’s experience remains the same. Discover what a St. Paul’s education can do for your child. Join our upcoming virtual parent information sessions and student visit days, hosted November through January. For upcoming dates and to register, please visit stpaulsmd.org/visit.

END_OF_DOCUMENT_TOKEN_TO_BE_REPLACED

Beyond the Box:
A Park School Roundtable 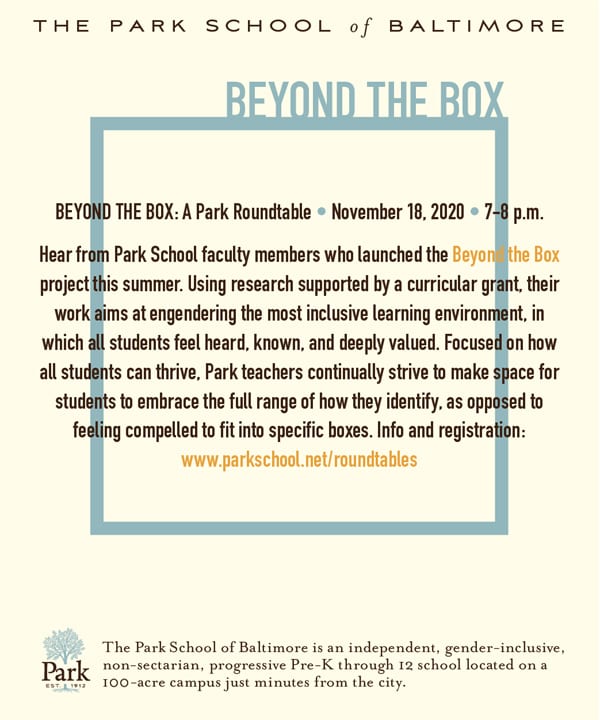 Beyond the Box: A Park School Roundtable

Hear from Park School faculty members who launched the Beyond the Box project this summer. Using research supported by a curricular grant, their work aims at engendering the most inclusive learning environment, in which all students feel heard, known, and deeply valued. Focused on how all students can thrive, Park teachers continually strive to make space for students to embrace the full range of how they identify, as opposed to feeling compelled to fit into specific boxes.

Bring your questions and thoughts to share at a Q&A portion — we want to hear from you! Zoom information will be shared in advance of the event.

END_OF_DOCUMENT_TOKEN_TO_BE_REPLACED

What drew you to education?
I’ve always loved learning and I wanted to foster that same kind of inquiry and curiosity in others. I see education as my way to make the world a better place because I teach our future leaders and innovators. I always felt like teaching was where I belonged, and I knew that I wanted a career that was different every day.

END_OF_DOCUMENT_TOKEN_TO_BE_REPLACED 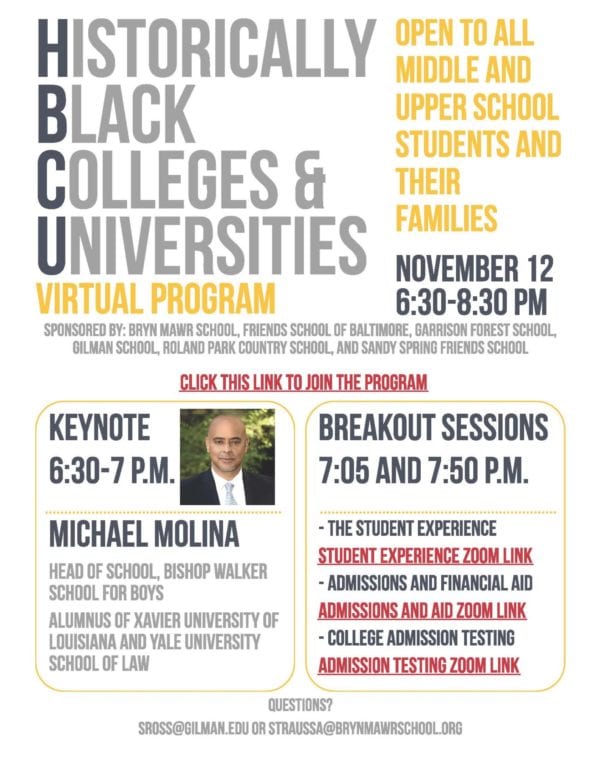 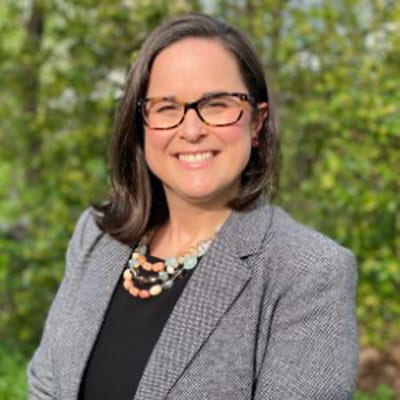 This school year, Mercy High School welcomes Abigail Schindler, a graduate of Wellesley College, as its Academic Dean and Director of Continuous Learning.

What drew you to education?
I have always had a passion for learning. As an undergraduate, I worked with students in a variety of ways and found that I wanted to continue this as a career. Every day as an educator is fresh, different, and exciting. I have thrived in a profession that is always changing and requires constant focus on personal and professional growth.

END_OF_DOCUMENT_TOKEN_TO_BE_REPLACED 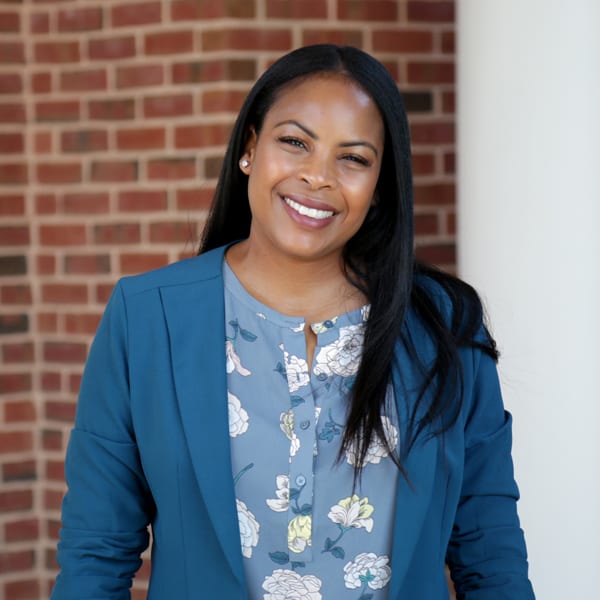 Dr. Lana Bates, Director of Diversity, Equity, and Inclusion at McDonogh School, is an experienced diversity practitioner, consultant, and advocate with a demonstrated history of working in the higher education industry, as well as with local and state public and private educational institutions. She has 15+ years experience in education as a school psychologist, researcher, faculty and staff trainer, and adjunct professor. She has a Doctorate in School Psychology with a specialty focus in diversity in education and special education from the University of Virginia and is a co-founding member of The Wells Collective, LLC, a full-service diversity consulting company.

END_OF_DOCUMENT_TOKEN_TO_BE_REPLACED 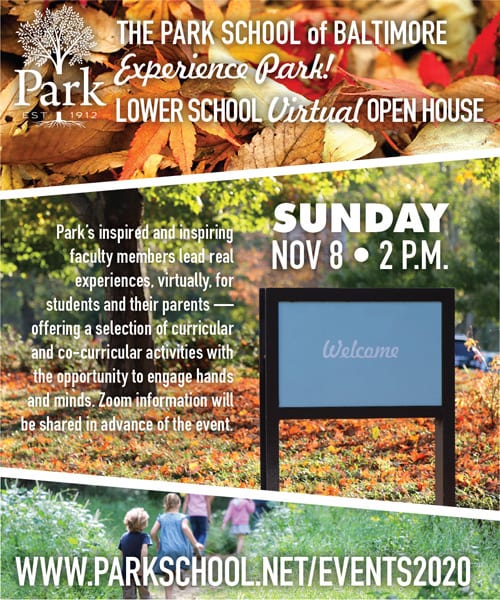 Parents and students are invited to learn about Park’s 100-acre campus and hear more about our unique approach to learning!

Park’s inspired and inspiring faculty members lead these virtual experiences for students and their parents — offering a selection of curricular and co-curricular activities with the opportunity to engage hands and minds. Zoom information will be shared in advance of the event.

END_OF_DOCUMENT_TOKEN_TO_BE_REPLACED

When she was in seventh grade, Ania McNair saw a presentation by an FBI Victims Specialist that stuck with her. The Victims Specialist relayed stories of human trafficking — many involving girls Ania’s age — and Ania immediately knew she wanted to do something about it.

Ania, now in twelfth grade at Reginald Lewis High School, has been involved with initiatives to combat human trafficking in Baltimore. According to the Victims Services Committee of the Maryland Human Trafficking Task Force, major interstates through the state and its position between several East Coast cities make it a hot spot for human trafficking. The task force’s latest data found 396 survivors of human trafficking — 124 of whom were trafficked as children — in Maryland in 2014.

Recently, while working with Baltimore nonprofit HeartSmiles, Ania gave a presentation on human trafficking entitled “Not for Sale.” When she saw an opportunity to apply for a grant to put her solutions to action from the newly launched Philanthropy Tank Baltimore, Ania applied.

END_OF_DOCUMENT_TOKEN_TO_BE_REPLACED 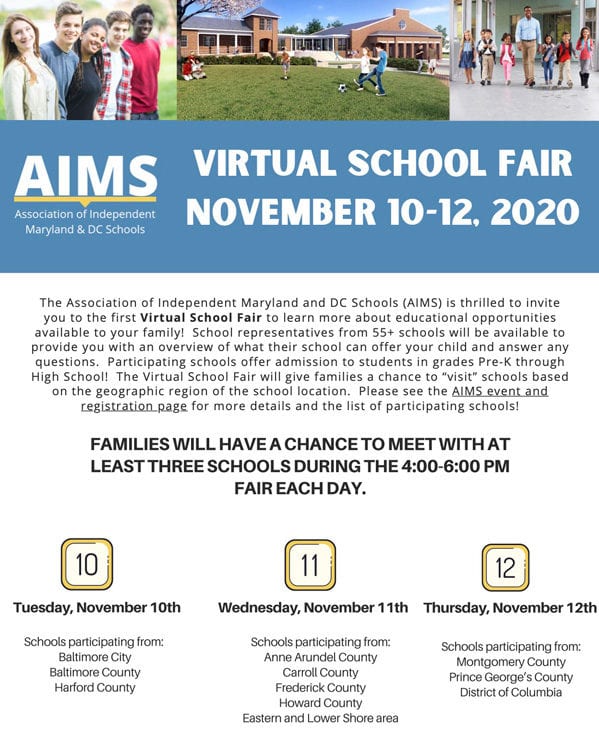 AIMS schools from various regions of Maryland and DC will be available to meet with prospective families to answer questions about the admissions process, scholarship and financial aid, the mission and culture that is unique to each independent school and your next steps in joining the AIMS school community!

Each day of the fair will be devoted to schools located in various geographic regions of MD and DC. Please see the list of schools that will be available on each night of the program (as not ALL AIMS schools are participating in the fair).

The event will start at 4:00 pm and is scheduled to run until 6:00 pm. It will start with a welcome from Peter Baily, Executive Director of AIMS and a parent-to-parent message on the value of an independent school to your children and your family!

END_OF_DOCUMENT_TOKEN_TO_BE_REPLACED 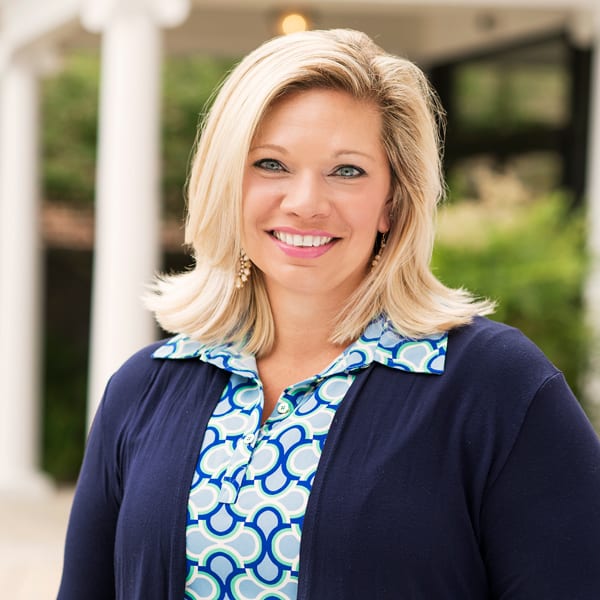 Tami James assumes the role of Grace Preschool‘s Director, following in the footsteps of her predecessor of 32 years. Tami brings a wealth of experience as a first grade teacher since 2007 and, most recently, Gilman School’s Director of Early Childhood of Education. This, in addition to raising four elementary school-aged children, makes her uniquely qualified for her new role.