Courtesy Bmore Media –The owners of the Mutiny Pirate Bar & Island Grille are setting sail for Howard County and have their sights set on franchising the concept nationwide.

The owners are scouting Howard County for a 3,000- to 4,000- square-foot spot, with seating for up to 150 customers, outdoor dining and good visibility. Brothers Rob Wecker and Steve Wecker spent about $200,000 to open the original bar and restaurant in Glen Burnie two years ago.

Steve Wecker says the Howard County location should open within a year. That’s also when they expect to have more details ready on their franchise plans, including how much it will cost. Howard County is where the others operate another restaurant, the popular Iron Bridge Wine Co.

If you didn’t make it to Locapour last Thursday, you missed out on the opportunity to taste Maryland’s best selection of locally produced ciders and meads.  Most of us know what hard cider is, but there were a lot of people at Locapour there to find out about mead.  Mead is the oldest recorded fermented beverage known to man, and has had many centuries to evolve from the drink of kings to the highly complex and delicious party-in-your mouth that can be found at your local wine shop.

Maryland Wineries Association teamed up with the Baltimore County Center for Maryland Agriculture to introduce Maryland to our local producers.

Vendors set up shop along a tree-line walk way, with the smell of sweet summer in the air.

END_OF_DOCUMENT_TOKEN_TO_BE_REPLACED

Who’da thunk that Baltimore would become such a hotspot for the sweet-toothed and epicurean? Of course, our reputation for crabs and Old Bay isn’t going anywhere, but it seems to us that the local dessert scene (are we allowed to call it that?) is bringing more and more attention to our city and the folks who slave away over candy thermometers every day, making our town just that much sweeter.

Not convinced that Baltimore is becoming a haven for the sweet-toothed? Well, first there was Puffs & Pastries’ Anisha Jagtap, competing on the Food Network’s terrifying dessert competition Sweet Genius. A couple of seasons later, another Baltimore sweet-maker, Josh Rosen of Charm School Chocolates, competed on the same show and won the title of Sweet Genius—trouncing the competition and making vegan chefs everywhere proud. And of course there’s Flavor Cupcakery— the winners of season four of Cupcake Wars—and Duff and company over at Charm City Cakes.  Well, get ready to add one more local dessert star to the list: Nikki Lewis, founder of Mallow Crunchies  (a gourmet crispy rice cereal treat) who will compete on Lifetime Television’s new reality program, Supermarket Superstar, hosted by yet another Baltimorean (and Clooney ex-gal pal) Stacy Keibler.

Each one-hour episode of Supermarket Superstar follows three home chefs as they pitch their product to a panel of experts and professional mentors (including Debbi Fields of Mrs. Fields fame). The mentors share their expertise with the contestants as they prepare their products for mass production—because the grand prize is $10,000, along with $100,000 in product development and a contract for distribution at A&P supermarkets nationwide. The show premiers Monday, July 22nd. Needless to say, this could be the opportunity of a lifetime, and Lewis couldn’t be more excited.

“I was thrilled to be a part of Supermarket Superstar. It’s wonderful to share something I’m so passionate about with more people. And who doesn’t have the nostalgic memories of making crispy treats?,” said Lewis. Lewis’ episode, in the category of  ‘snacks,’ will air Monday, September 2, but her Mallow Crunchies and Mallow Softies can be purchased and enjoyed around Baltimore well before then. And they should be. Mallow Crunchies were named “Baltimore’s Best Sweet Snack 2010” by Baltimore magazine, and come in a variety of flavors—suitable for kids, kids-at-heart, and even those with the most sophisticated of palates. Mallow Crunchies come in several varieties: Original, Dipped (dark chocolate), Toffee Nut (salted cashews and sweet toffee), CaraMallow (handmade caramel), Crunch (popcorn and candy-coated chocolates), and Trail (original with dried cranberries and toasted pumpkin seeds). Lewis makes all of her marshmallows from scratch, which makes for a truly gourmet (and all natural) final product.

END_OF_DOCUMENT_TOKEN_TO_BE_REPLACED

Pigtown Design: Use the Good China 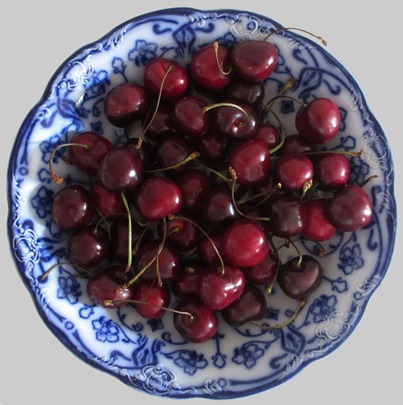 I was listening to NPR this morning and they did a report about the fact that foods taste better if you eat them off silver and china. Researchers have been studying how “cutlery, dishes and other inedible accoutrements to a meal” can alter our perceptions of taste. I’ve said this for ages.

END_OF_DOCUMENT_TOKEN_TO_BE_REPLACED

Crabs For Chas- Feast With a Purpose

You might not have known Chastity Dunnaville, but she was well known and loved among the NDP community, attending and then teaching there before losing her battle with cancer.  Her mother, Taryn Dunnaville is an Associate Broker at Equity Realty Inc., and has worked hard with Notre Dame Prep to put together this fundraiser to keep Chas’ spirit in the community.  Check out Taryn’s note below, and come out out for an evening of fun!

Announcing the “Chastity B. Dunnaville Memorial Scholarship Fund”, established and available for donations.

Chastity Dunnaville was an alumnus and White Blazer winner from the class of 2006.  During Chas’s tenure at Notre Dame Prep, she never missed a day of school through senior graduation.  In addition to her perfect attendance, Chastity was awarded ‘Best Uniform’ because of her polished saddle shoes and perfectly pressed uniform.

The memorial scholarship fund has been established to financially assist yearly, two young ladies whom embody the spirit of Notre Dame.  The recipients will be graduates from NDP’s Middle School, who continue to demonstrate a commitment to excellence and all around effort in their high school studies.  Scholarships will be awarded on an ‘as-needed’ basis.  Donations are fully deductible and can be made payable to:

Thank You in advance for your contributions and support.

The Case for Crabs

USA Today is trying to determine the “best iconic American food.” Is it cheese steak from Philly? Fried cheese curds from Wisconsin? Pastrami from New York? Barbecue from Kansas City? Duh — no — it is (or should be!) Baltimore crabs. And here’s why:

END_OF_DOCUMENT_TOKEN_TO_BE_REPLACED

MORE: In addition to the locally-produced cider and mead, guests will enjoy other vendors and artisans, food and live (roving!) music. There will be farm tours by Farmer Stan, and much more!

TICKETS: Entry is $20 ($25 at the farm) and includes samples of locally-produced hard cider and mead. Non-taster tickets are $10. Kids under 8 are admitted free!

Proceeds to benefit Maryland farmers through the Maryland Agricultural Resource Council and the Maryland Wineries Association.

Courtesy Bmore Media – Liam Flynn’s Ale House in the Station North Arts and Entertainment District is expanding with additional seating and a new kitchen, featuring Scottish and Irish favorites to go with their popular beers and ales.

The expansion will increase the Ale House’s footprint within the North Avenue Market building where it’s located from 2,200 square feet to 3,000 square feet, says Liam Flynn, who co-owns the bar with wife Jessica. The Ale House currently seats about 64 and after the renovation, it will increase its capacity to about 100 with new outdoor tables and more seats at the bar. The new kitchen should be ready by August.

END_OF_DOCUMENT_TOKEN_TO_BE_REPLACED

Tavern on the Hill to Bring Brisket and Burgers to Mt. Vernon

Opening in early July, the new Tavern on the Hill restaurant at 900 Cathedral St. will feature burgers, salads and classic deli fare like corned beef and brisket. The restaurant will be on the ground floor of the 58-unit Cathedral Court apartment building.

END_OF_DOCUMENT_TOKEN_TO_BE_REPLACED