Courtesy of Citybizlist – 2012 is shaping up to be the “Year of the Civic Startup.”

With the growth of the open government movement and more and more governments embracing open data, we see an increasing number of useful civic applications being developed. Every weekend hackathon spawns multiple projects that could potentially live on as a successful venture or company.

Some hackathons are specifically geared toward producing viable companies – this is exactly the approach that was taken at last November’s “Education Hack Day” in Baltimore. At that event, the idea was to set up winners with as much expert advice and opportunity as possible to launch a business around their weekend project to help teachers.

Generally speaking, a “civic startup” is a startup company with a focus on civic improvement or social good. They look and act just like other kinds of startups, but their aims are somewhat loftier.ElectNext and SeeClickFix are a good example of a civic startups – their aim is to become profitable and viable (just like other startups), but if these ventures are successful they will impact people far beyond their direct customer/user base.

Everyone benefits when voters are more engaged and participate more regularly in elections, or when city neighborhoods are cleaned up. We all get something out of the success of civic startups like ElectNext and SeeClickFix , whether we use them directly or not. In this sense, we can describe these kinds of startups in economic terms – civic startups are those that generate a positive externality.

Some civic startups are direct consumer of open government data, like RailBandit which uses data published by public transit agencies. Other civic startups – thought this type seems especially rare – might potentially offer goods and services directly to governments through the standard procurement process.

There are ways that state and local governments can help startups and encourage the startup community. Some governments (usually at the state level) provide early-stage funding for technology companies – the Maryland Venture Fund is a good example of this. State and local tax policy can also be used foster and encourage high tech startups. But these options have become more challenging for governments in recent years because of financial strain and tight budgets.

In 2012, I believe that state and local governments will connect the dots on open data and begin to see it as a viable economic development tool for encouraging the development of new businesses and the creation of civic startups.

Here are five steps that governments can take to help encourage and foster the growth of civic startups in 2012:

Transparency and visibility are the most common arguments used to justify open government data programs, and the are both strong and compelling. But there is another argument this is just as compelling – that by releasing data collected and maintained by government agencies in useful, developer-friendly formats that governments can encourage the development of new businesses.

I’ve made this argument before, as have many others. It’s time for governments to adopt the mindset that open data is a tool in their economic development tool kits. This change in thinking will directly impact the quantity and the types of data sets that are opened up for developers to use.

If entrepreneurs are going to build businesses around open government data, they’ll need certainty that such data will be released in a complete and comprehensive fashion, and that it will continue to be released in the future. Attracting investment for civic startups will be more difficult without this level of assurance and commitment from governments.

A good example of open government data drying up can be seen in Philadelphia. Until early 2009, the Philadelphia Department of Public Health had published a listing of restaurant inspections on its website. This kind of data has been used in several municipalities as the basis for new civic applications, and both Chicago and New York City publish this information for developers. However, in early 2009 Philadelphia stopped publishing this information, and the web page where it once resided is no longer active.

It’s hard to build a business around data that might not be there in the future. That’s why governments need to formalize their commitment to open data. Mayoral directives and executive orders – like Baltimore’s – are great.

Ideally, however, this commitment should be enacted in statute so that it is less likely to change even with the election of a new mayor or governor. This will give civic startups greater certainty and allow them to more easily attract investment.

In a recent blog post, Tolva mentions the Chicago Lobbyists project which is powered by data released by the city. In his post, Tolva points to the group behind this website’s decision to respond to a city RFP for an online lobbyist registration system as evidence of progress:

Clearly the process was eye-opening. Consider the scenario: a small group of nimble developers with deep subject matter expertise (from their work with the open data) go toe-to-toe with incumbents and enterprise application companies. The promise of expanding the ecosystem of qualified vendors, even changing the skills mix of respondents, is a new driver of the release of City data.

As encouraging as this development is, it seems pretty unlikely to have the the desired impact unless significant changes are made to the city’s procurement policies.

In their RFP response, the Chicago Lobbyists group described the Chicago procurement process this way:

Responding to an RFP for the City of Chicago is a herculean task… this approach to an RFP results in proposals from one type of contractor: firms that are very large and able to jump through all the hoops that the City has to ensure the minimum amount of risk and liability for the City itself.

I don’t mean to single out Chicago here – Tolva and his boss (Chicago Mayor Rahm Emanuel) are among the most enlightened public officials in the country when it comes to open data and citizen engagement. Chicago’s procurement practices are probably more like procurement practices in other cities than they are different.

Pubic procurement policies weren’t built with startups in mind. But given the vast sums spent by state and local governments on technology and software, this could be an immensely powerful avenue for encouraging new businesses and civic startups.

One of the most effective and lowest cost steps states and local governments can take to support and encourage civic startups is to showcase civic apps.

I’m always amazed when I see cities – like Baltimore – that have robust, developer-ready open data portals yet no centralized listing of apps built with city data. What’s the point of encouraging developers to use your data if you’re not going to then encourage citizens to use their apps?

Both San Francisco and Philadelphia have nice application showcases that could easily be emulated by Baltimore and other cities. There are also other, stand alone app directories – like City-Go-Round for transit apps – that developers should be encouraged to utilize when promoting their applications.

If civic startups are anything like their non-civic counterparts, many of them will fail. This is the reality of the startup ecosystem – lots of companies, many of them with great teams, awesome technology and a hot idea, just don’t make it.

The failure of civic startups – whether powered by open data or selling directly to governments – shouldn’t be used as the basis for political outrage. A failed civic startup doesn’t translate into an indictment of a government’s open data program, although some might try to characterize it this way.

Although there isn’t anything to stop those that want to use the failure of civic startups as a way to make political hay, supporters and advocates can go a long way toward mitigating this if expectations are properly managed.

Open data and civic apps aren’t a panacea for the problems of governments, they are but one tool in the vast toolbox that governments have available to them to provide services to citizens and do all of the other things we expect governments to do.

The interesting thing about the idea of civic startups is that if governments embrace open data and encourage it’s widespread use, they may find that they are able to encourage new business development while at the same time making their own burdens a little lighter.

Mark Headd is a writer, speaker and thought leader on communication technologies and open government. He currently works as a Developer Evangelist for Voxeo Labs. He holds a Master’s degree in Public Administration from the Maxwell School of Citizenship and Public Affairs at Syracuse University, and is a former adjunct instructor at the University of Delaware teaching a course in electronic government.

He served for three years as the chief policy and budget advisor for the State of Delaware’s Department of Technology and Information. He has also served as Director of the Delaware Government Information Center and as Technology Adviser to former Delaware Governor Thomas Carper. 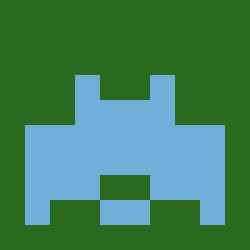