In the 1880s, my great-grandmother packed a steamer trunk and left her Alsatian village for the port of Le Havre, France.  Anna had a glass eye — the result of a snowball fight when she was a girl — little knowledge of English, and the promise of work in San Francisco. She docked in New York and, having eaten her first orange, boarded a train to the West Coast. There, she met my great-grandfather, Albert, an immigrant from Germany.  They opened a bakery that collapsed during the earthquake of 1906.  My great-grandparents and their children survived that catastrophe, but not long after, their seven-year old son was run over by a carriage while playing in the street.  A black wreath hung on their door for a decade. By the time I was a child, Anna and Albert had been reduced to these anecdotes, passed on by my father, and, more concretely, to their two steamer trunks.

The sides and top of Anna’s trunk are oak, seamed with metal.  An A with a sharp peak is pounded into one side.  A W on the other. The trunk can’t be opened without creaking, or moved without scraping the floor; the feet have claws. When I was a child, it sat near the front door to our house, filled with photographs and school essays by my brother and me. Albert’s trunk remained in the garage, containing only the nests of black widows. On the loading dock at Ellis Island, his camelback with its leather handles and stamped tin siding had marked him as a wealthier immigrant than did Anna’s flattop.  But by the 1970s, the metal was chalky with rust, the leather handles had frayed to fur, and the inside smelled like rot.

After college, I moved to France with two suitcases and a mountain bike.  Four years later, I returned to the US with my husband and our mutual possessions. In Grenoble, we loaded a shipping container with his great aunt’s bed frame, his grandmother’s canning jars and coffee mill, skis we still haven’t used, bookshelves, chairs, and scores of cardboard boxes. Meanwhile, from California, my mother sent us our stored wedding gifts and, among other heirlooms, my great-grandparents’ trunks. The container from France would take a month.  Our flight to Baltimore took eight hours.  The ocean that had heaved under Anna’s and Albert’s berths and rattled the hatchways, was flat and innocuous 35,000 feet below our plane. The shipment from California arrived on time, but the container from France entered the harbor just before Hurricane Floyd and was marooned by the ensuing floods. For weeks, we slept on the floor and ate off china, Anna’s trunk our table.  Then the water receded and the rooms began to fill.

You can tell by looking at them — heavy, unyielding, ready to scratch — steamer trunks were made for definitive departures. Albert and Anna never saw their families again, whereas my children see their French grandparents every year.  Once a manufacturer in the Vaucluse had invented cardboard boxes to ship silkworm eggs from Japan to Europe, it wasn’t a far leap to the recyclable closet that carried my coats across the Atlantic. Metal and wood have succumbed to paper and plastic, and oceans to skies. Goodbyes, too, have become lighter.

Not long after our second child was born, my husband and I made another move, this time over the border dividing city from county. Goodbye to our three-story row house with its brass sconces and slate roof. Hello to a split foyer without attic or basement.  We’d left an embarrassment of space and didn’t know where to put the stroller and playpen, the dollhouse, the boxes on boxes of toys. Anna’s trunk survived the shedding of objects.  Not so for Albert’s. The woman at the consignment shop thought it would work well as an outdoor planter. I wish I could say I looked back. Now the dollhouse is wedged in a crawlspace, and the highchair no longer clutters the table, or the stroller the foyer. This winter, our youngest gave her building blocks to a cousin who lives in Quebec and her tea set to a cousin who lives in Korea. The tiny people and their things have deserted this house, and sitting in a corner of my office, Anna’s trunk looks like one bird wing, a sock without its mate.  If I were to do it over, I’d make room for Albert’s.

Jane Delury’s stories have appeared in The PEN/O.Henry Prize Stories, The Southern Review, Narrative, and other publications.  She teaches in the University of Baltimore’s MFA in Creative Writing and Publishing Arts program. 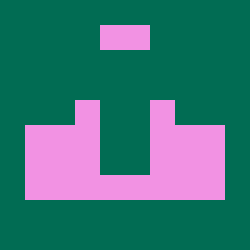