The following personal essay recounts an incident observed by the writer, as a black man in Baltimore tried in vain to hail a cab.

Baltimore, 2012. A black woman is mayor of the city; a black man is president of the country. Martin Luther King, Jr. has stood for people who are not me, the American forefathers have fought wars that are not mine, Teach for America is educating students who are not my children. And a black man whose name I don’t know is standing on the corner of 32nd and Saint Paul, trying to hail a cab.

He and I share the corner across from the Barnes and Noble until the light turns green.  He is wearing a hood.  Though I have just put up my own–it’s cold this morning in Baltimore–I am vaguely afraid of this man for intuitive reasons that I have, as a young woman alone, told myself to trust.  A yellow cab stops before us both.

I grew up in a quiet New Jersey suburb; our minorities were Korean or Jewish, my few black or Hispanic neighbors well-dressed and always smiling. I arrived at Johns Hopkins straight from Yale. Give me the markers of education—a class ring; a pressed suit; a monogrammed briefcase—and I am colorblind.

The black man at the taxi door has none of these markers.  His sweatshirt hangs low over his baggy jeans, their cuffs falling into a pair of oversized once-white sneakers, shoelaces tucked under the lolling tongue.

My lower back is aching with the weight of the Macbook in my bag—I wish for the hundredth time I’d sprung for the air—but I ignore it. I decide to wait on the corner until the man is confined in the cab, then walk. I am willing to miss the light.

But something is wrong. The cab door doesn’t open. The man must be strung out or pulling the handle incorrectly, because I have never seen a cab door not open. I feel bad for the harassed driver, who cracks his window slightly and says something I can’t hear. The man replies, “Yeah, yeah,” and removes a wad of cash from his pocket.

Now that the man has money, I think, Okay, let him in. I hadn’t realized I was thinking Don’t let him in, but I must have been.

The driver rolls up the window. The man tries the handle again. The driver—he looks Middle Eastern; outside his seat behind the wheel, he, too, must be denied cabs—looks straight ahead, toward the red traffic light. The black man drops the locked door and steps back onto the curb.

A digital red hand is shining at me from across the street, but I am feeling like something terrible has happened, like I’ve witnessed a fatal accident I don’t want to see anymore, so I run in front of the cars and into the vestibule of the Barnes and Noble. I turn to the intersection to watch this man through the window.

He puts out two fingers for another cab.

It’s quiet inside the vestibule. I don’t hear the rush of traffic at the intersection, the sighs and groans of overworked city buses, the restaurant doors swinging into old redbrick rowhouses. I want to lay my backpack on the welcome mat, but I hold onto it because I feel that I should know some discomfort, too.

As I watch the man, I start thinking of two friends of mine from Yale: one the most gentle, kind, generous man I’ve ever met, a devout Christian, in med school now; he is strong, wide, and black as a pupil. My friends and I used to give Jason whatever strange concoctions might make him laugh the loudest for the four birthdays he shared with us: gingerbread houses with movie-theater Juju beans; candles in ice cream containers; candles in donut holes still in their cardboard box.

Our junior year, when we programmed a picture of Jason’s birthday onto Yale TV, the New Haven Police Department started issuing citations for jaywalking. My friends and I jaywalked with such regularity that we’d forgotten it was illegal. Jason was the only one of us who got a ticket for it, one night on Elm and College, just after the evening had gone dark.

I wonder now whether Jason would be able to get a cab in Baltimore. The man is swinging his arm methodically to each side of the perpendicular intersection. I should go inside the bookstore, but my heart is beating distractingly and I tell myself I’ll stop watching as soon as he finds a taxi.

One cab swerves across two lanes of traffic toward the man, then swerves away and guns through a yellow light. A white boy–clearly a student, in thick-framed glasses, a sleek down coat, earmuffs, dark skinny jeans, and clean gray Converses–extends an arm a few yards from the man.

I remember a second friend of mine from Yale, a suitemate of Jason’s, who wore oversized sneakers and fraying jeans when he first flew east from Hawthorne, California, where his parents speak only Spanish and his apartment faces a seamy bar. I picture our graduation photo: his toast-colored hand around my shoulder, both of us mid-laugh, waving green flags emblazoned with our dorm’s crest.

In my head, I pan down to the bottom of the frame: I was wearing Coach heels; he was wearing polished, nondescript black oxfords, tongue flat, laces tied. I wonder when he ditched the big sneakers, and whether he did it so he could get a taxi. I wonder if he gave the sneakers to Goodwill. I think it would have been better will to throw them in the trash.

A taxi pulls up beside the white student. The student opens the back door easily and slides into the cab. The man’s face contorts horribly, and I feel a lash of sadness across my heart—and fury, too, and I can only imagine how much more it hurts the man, or how it doesn’t hurt anymore because it’s so expected—and I see Jason’s face there in those contortions, then David’s, and I decide that I will not just stand here anymore.

I swing my backpack off one shoulder and around to my chest. I dig through a club receipt from last night and a car insurance envelope from my dad, and pull out a twenty-dollar bill. I sling the bag back on and push the twenty into the pocket of my peacoat. I pull my hood on as I walk outside to the corner, waiting for the white flash of the walk signal.

I picture what I will do: I will walk across the street. I will extend my arm into oncoming traffic. A cab will stop for me. I will open the door, then beckon to the man. “Hey, buddy,” I’ll say—this part would be better if I were a man; I wish I were a man—“you want a cab?”

He’ll get in. The driver will accept him and be humbled. I’ll ask the man, “You need the fare?” I’ll hand him the twenty.

Before I can cross the street, a cab pulls up beside the man. It’s a yellow minivan. The driver is black. The man gets in, struggling to close the sliding door, and when the light changes the cab turns east on 32nd, heading toward the parts of town I’m too afraid to walk through.

I’m left standing outside the Barnes and Noble, cold, the twenty in my pocket and my lower back pounding, wishing I’d done something from the moment the first taxi locked its door, hating that the black man learned one more bit of bitterness today, knowing that it took too many memories and too much time for me to struggle toward him.

Courtney Sender teaches writing at Johns Hopkins University. Her writing has appeared or is forthcoming in “J Journal: New Writing on Justice,” “The Carolina Quarterly,” and “The Connecticut River Review,” and she has won Book Wish Foundation’s Darfur essay contest and Holland+Knight law firm’s Holocaust essay contest.  She holds a B.A. in English from Yale University and an MFA from the Johns Hopkins University Writing Seminars. 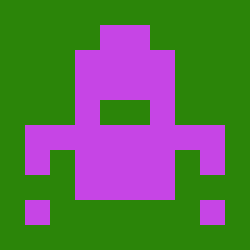