For the remainder of summer, we’ll publish on Fridays reader essays on travel. If you care to submit a travel essay to the Baltimore Fishbowl, please send it to [email protected]

The classic American car gleaming with chrome surrounded by crumbling, colonial buildings is one of the quintessential images of Havana, Cuba. It was certainly one of mine before I left for a summer study abroad program there in June. Once there, however, I realized that while the image exists it belies the complicated Cuban relationship with capitalism and consumerism that one can begin to understand through the cars cruising through Havana.

A Habanero told me that in Havana all cars are taxis. It was late for me — about 10:30 PM — and I was ready to leave the bar even though the concert hadn’t even started yet, so Hugo came outside with me to find a taxi. He flagged down an unmarked old American car driven by a kindly man in his 50s. After very firmly negotiating the price, Hugo put me into the car and off this stranger and I drove. It was perfectly safe, and I felt secure the whole time, but it did paint an evocative picture of the shadow economy that functions in both CUCs and Moneda Nacional allowing Cubans to supplement their income.

I saw three categories of cars in Cuba.

The perfectly restored American ones from the teens through the fifties are for the tourists, the drivers speak English and are accustomed to giving tours of the city.

Then there are the same models and vintages of cars that are not restored. Rough around the edges and held together with cannibalized parts from other cars, these are the everyday cars. These old American cars and Soviet Ladas share the highways with horse-drawn carts, no two moving at the same speed.

Last are the new cars imported from Asia. These economy model Nissans and Hyundais are the status symbols of an economy and country that is in the process of redefining the rules of commerce. I may have come expecting to see the cars of the American fifties but I stared the longest at these very remarkable, utterly typical Asian sedans.

The Asian sedans betray a longing for the ease and consumer goods available in other countries that I didn’t directly encounter at any other time. Billboards carry revolutionary slogans, not ads for products. The classic American car on the picture postcard image of Havana is about nostalgia. In Cuba though, these Fords and Chevys have been translated from icons of an American past into symbols of a new Cuban economy with room for private enterprise. What Cubans have yet to decide is whether capitalism and consumerism are inextricably linked. The new Asian cars ask whether it is possible or even desirable to try to separate the two concepts so that the men playing dominos can continue their game undisturbed by a desire for the latest engine model. 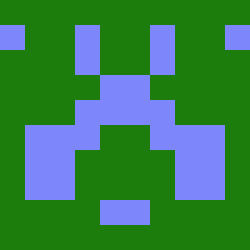