pressbox.com – In an effort to educate NFL owners and players on the issues of domestic violence, commissioner Roger Goodell has turned to former Baltimore Colt Joe Ehrmann.

Ehrmann, who lives in Baltimore and has worked with the Gilman football team, is on the ground floor of what promises to be an aggressive and lengthy commitment by the league to make sure every NFL, college and high school football player in the country is well aware of the reality and dangers of domestic violence.

“I had contacted the league a couple of months ago about creating a national Dating Abuse Month, where every high school coach would speak to their teams about dating abuse,” said Ehrmann, a former defensive tackle.

Ehrmann spent 10 years playing in the NFL, three as a member of the Colts’ famed Sack Pack. He spent 15 years as the assistant coach at Gilman, where the mantra of coach Biff Poggi’s coaching staff, which also includes Stan White, Joe’s teammate with the Colts, was turning boys into men.

He is now one of the most compelling voices in the country on a variety of social issues affecting professional and amateur sports. Domestic violence is a subject close to his heart. In his book, “Inside Out Coaching: How Sports Can Transform Lives,” Ehrmann writes openly about how his father abused him both physically and verbally.

The original contact Ehrmann made with the league in regard to his Dating Abuse Month plan has now morphed into something more far-reaching, and in the case of Goodell, even more expansive — domestic violence. Ehrmann produced a short video on domestic violence and shared it with NFL owners in early October at the league meetings in New York. It has become clear the league wants to attack the issue through education. 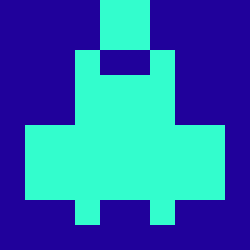