Pigtown Design – One of the best things about blogging is meeting the people who have been kind enough to read PigtownDesign over the years. Each of these meetings has proven to be a great experience. Several months ago, a reader got in touch and said that she’d be coming into Baltimore on a cruise ship and would be in port for about 12 hours. 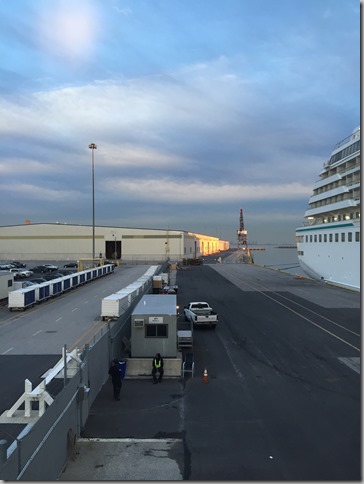 She wanted to see the city and so I jumped at the chance to show her and her husband around. We started at historic Fort McHenry where we walked around the sea-wall and then caught one of the Flag Talks and had the opportunity to learn about the flag. Ricki is the blonde across from me. 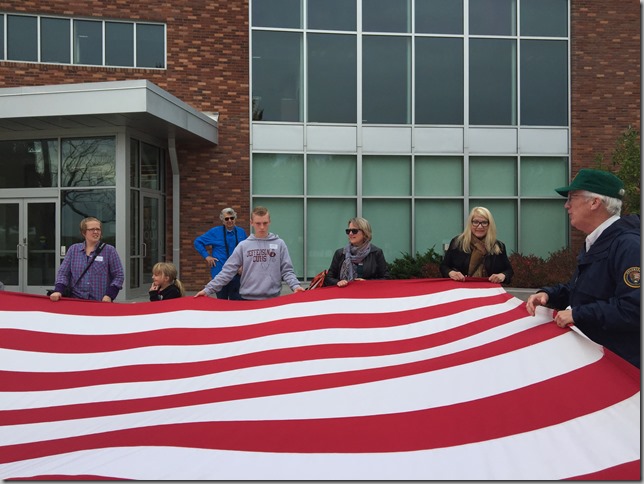 This is one of the “smaller” flags – it’s 22×35 feet, rather than the massive 36×48 foot flag that Francis Scott Key saw when he wrote the anthem.

From there, we headed to the equally historic Fell’s Point, just across the harbor from the Fort, where we watched some of the construction going on… And yes, those are out-houses hanging from the cranes! 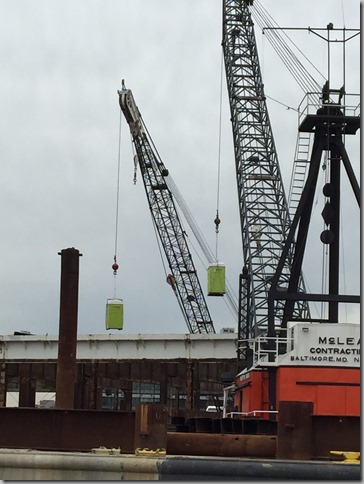 After a drive around the city, and the corresponding architectural tour, we headed back to the ship to eat! Apparently, that’s one of the best things about cruising… you can eat and drink anytime you want. We grabbed a light lunch and then walked around the ship. 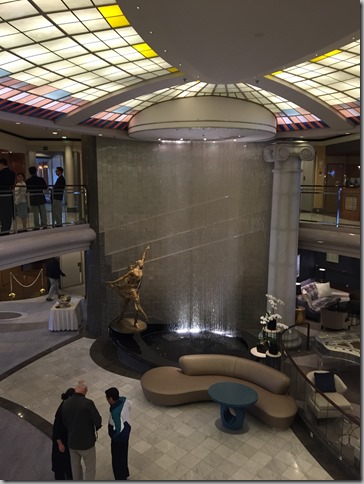 The Crystal Symphony is a relatively small ship – only 900 passengers as opposed to 6,000+ on the larger ships. It’s beautifully appointed and has loads of amenities. 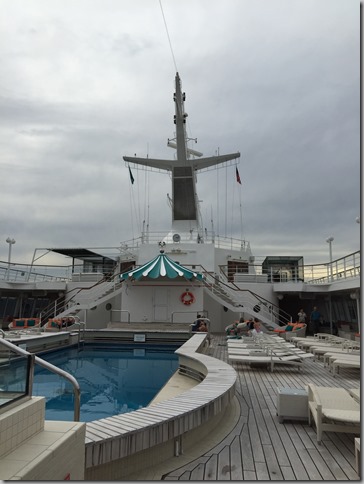 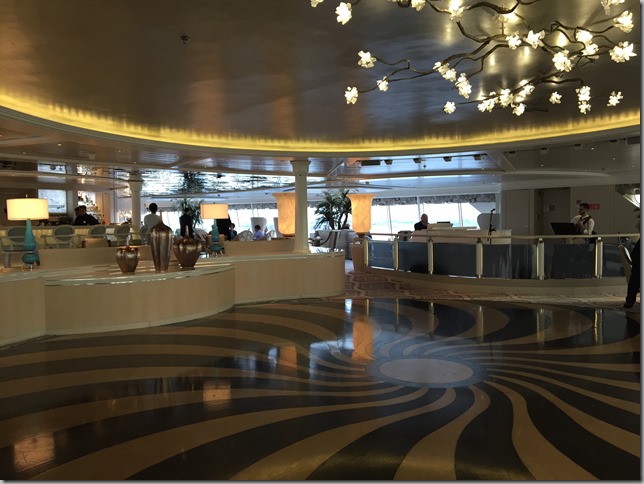 After a wander around the ship, it was tea time! OMG! That’s one of the things I miss about living in the UK – wonderful scones, delicious clotted cream and Earl Grey tea. 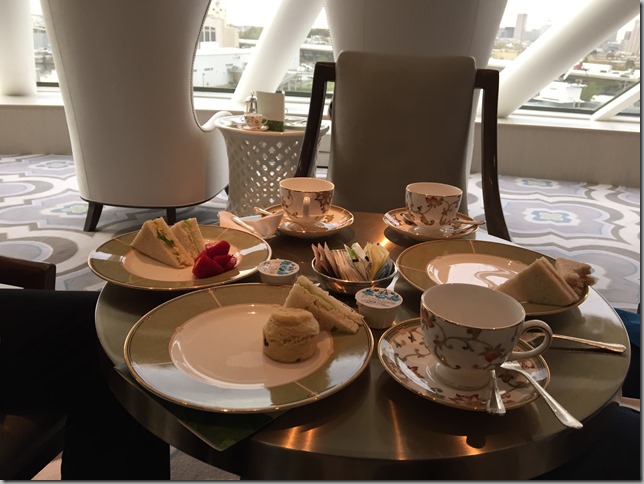 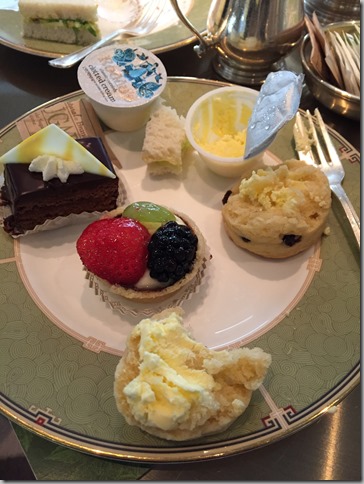 I *might* have put one two of the little pots of clotted cream in my bag for later use. YUM! If you’ve never tasted it and are put off by the “clotted” part of the name, it’s like the lightest whipped butter, or buttery whipped cream.

As I was heading off the ship after a fun day with new friends, I was rewarded with the most glorious sunset… even if it was just after 5:00 in the afternoon. I love sunsets that wash everything in gold light. 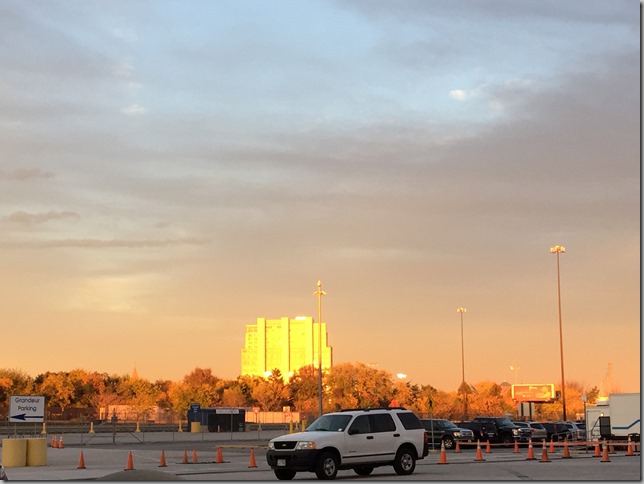 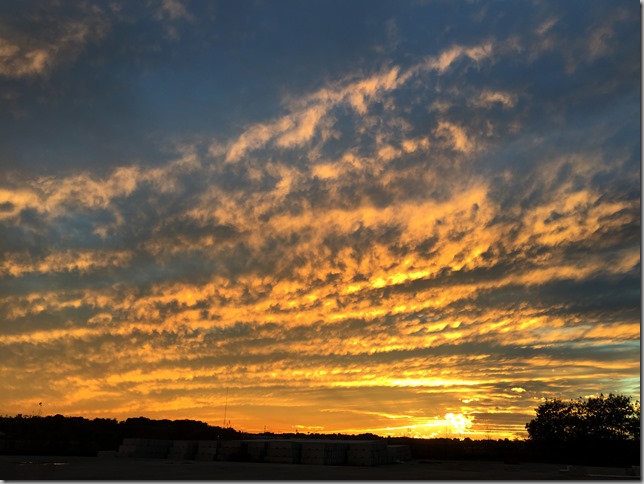 The local Greek Orthodox Cathedral has two big events a year – one’s a huge flea market and the other is a weekend full of great food. This year, they scheduled tours of the church, which is literally a stone’s throw from my office, and the inside of which I’ve never seen. 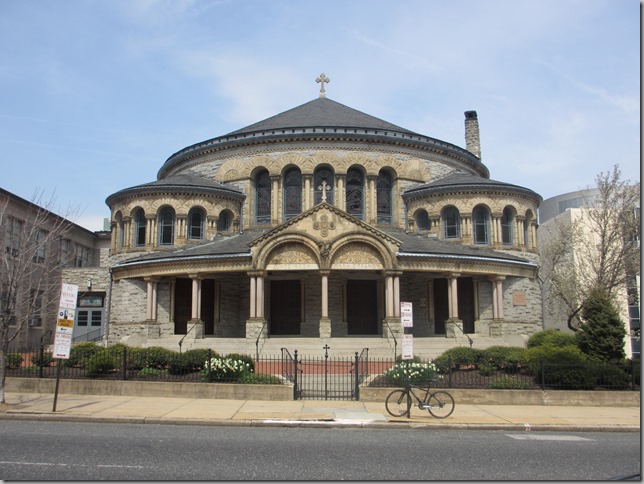 Contrary to what it seems like from the exterior, the interior’s actually quite square. It was originally a Congregationalist church, built in the late 1800s, but the Greeks acquired it in 1937 after it had been empty for a number of years. Although the Greek Orthodox church doesn’t have a tradition of elaborate stained glass windows, this church has some of the original Tiffany glass windows, 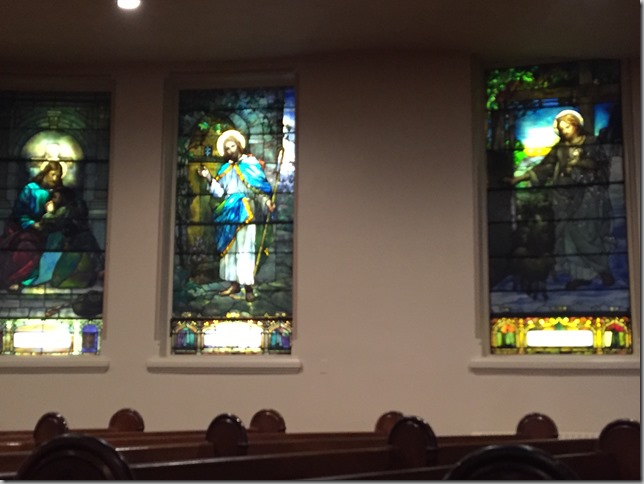 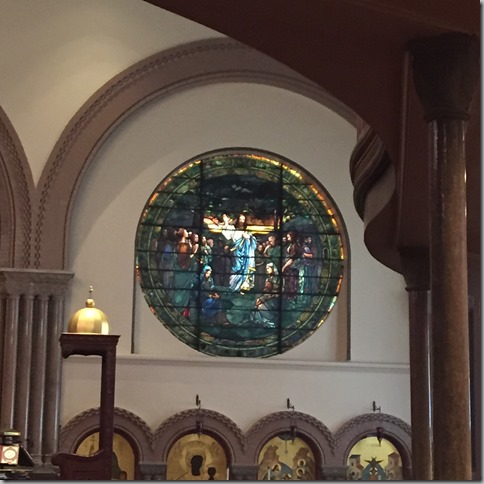 as well as others they’ve added. 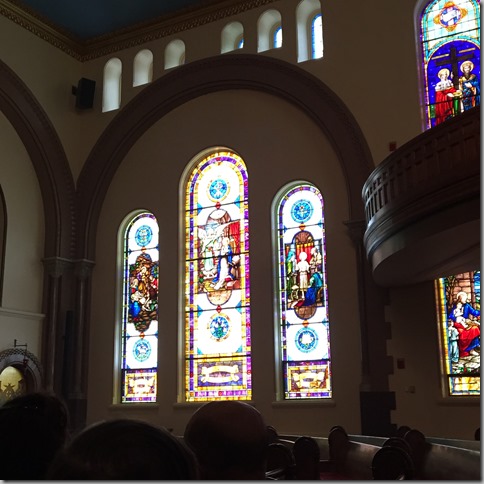 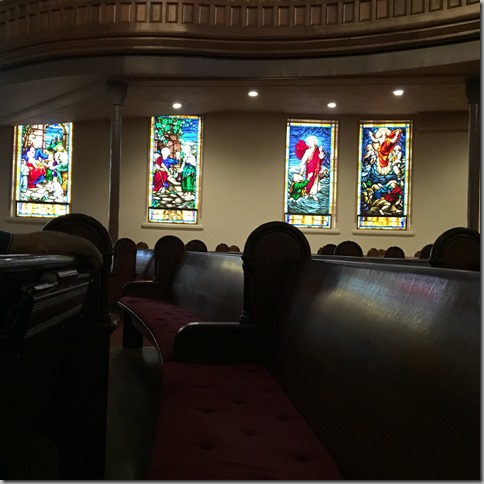 The centerpiece of the church is a massive chandelier that looks like iron, but is really anodized aluminum. 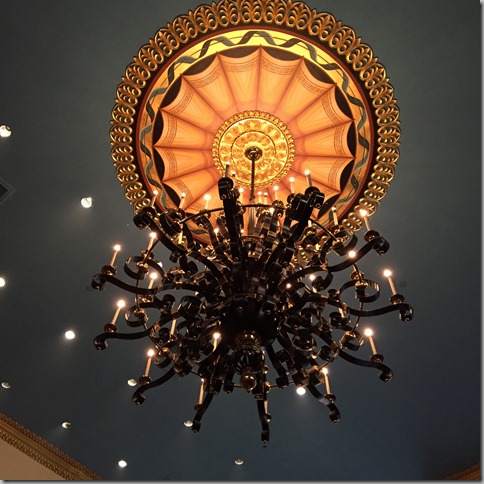 As I was leaving, I stopped to light a candle for a friend who’s just been diagnosed with all sorts of bad things. 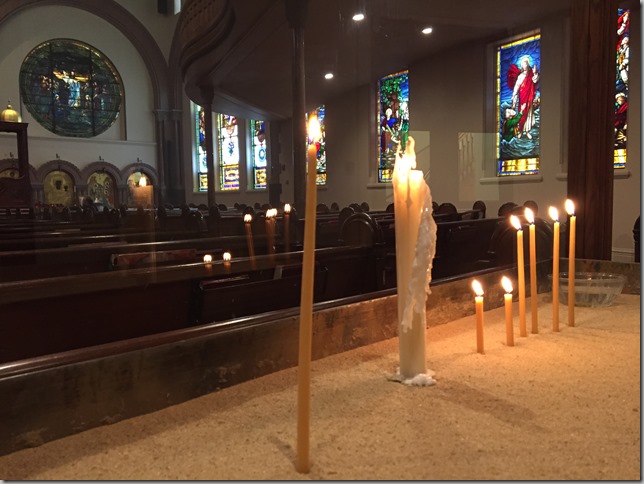 He was my tallest friend growing up, so I picked the longest candle in his honour. I loved that they had a box of sand where you could place the candles. Or extinguish them.