A childhood hurt still stings a lifetime later, but an unexpected response provides the salve.

On vacation together, and reminiscing as long-time girlfriends do, we talked about a mutual childhood friend, one who we hadn’t seen since finishing high school, without exaggeration, 35 years ago. During that time, as a group, we’d gone to college, married, worked, been laid-off, returned to school, changed careers, worked some more, had babies, reared babies, lost friends, parents, and siblings; and now with more than a half-century behind us we still think of the future but in the context of our past.

Not on FB or any other social media, we tracked down our friend the old fashioned way: we found some people who knew some people who knew our friend. After a long day at the beach followed by listening to some great local music, we received a text and a number to call. Speaker phone in hand, we call immediately.

He was delighted to hear from us. Passing the phone from person to person, we identified ourselves and told stories of then and now. We shared the good: our children, his grandchildren. We shared the bad: the old neighborhood is gone, imploded to make way for progress. He shared the sad: the recent death of his mother. Finally, it was my turn, he reminded me that I shared a birthday with his mom, a fact I had long forgotten.  Always bitterly funny, he asked if I remembered the time he made me cry. I did! I was seven and my grandmother, with whom I spent my early years, was dying, and he made an off-color remark about some relatives who were visiting on her behalf.

Suddenly, with four women all talking at the same time, my friend said, “Rita, I’m really sorry.” I laughed at first. We were reminiscing about childish things and laughter, even nervous laughter, remains a powerful adult defense mechanism. Quietly, sincerely, and sorrowfully, he said it again. “I’m sorry.”

And just like that, I was seven-years-old again and the pain of that moment returned because, the truth is, I was wounded all those years ago. He was one of my best friends, and his comments were cruel. And here we are, fully formed adults, and it still stung. But while his thoughtfulness in apologizing was commendable, it is his grace that I will remember. His apology bestowed on me an unexpected favor. I never asked for an apology. In fact, we played together the very next day and remained close for years.

Most days it was a crap shoot when we were young, but it was my experience that children routinely relied on the mercy of the world. I sure did. Thirty-five years later, running over me like a syrupy sweetness, his apology freed me and the sensitive seven-year-old inside.

On this last day of August, we publish our final summer travel essay.  Thank you, readers, for your contributions! – The Eds. 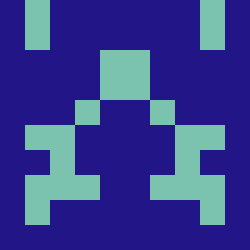