The new book by local boy-done-good, Joe Hooper, Gilman ’75, Calvert ’69, was featured on the Dr. Oz Show on Sept. 25. He shares with us how he landed in the company of the celebrity doc and what he’s learned along the way about gut health, the subject of the book. – The Eds.

So, I went to Calvert, then Gilman, edited the literary magazine there and took as little math-science as I could get away with. I carried this disposition to Stanford where, amongst the cutthroat pre-meds and future Silicon Valley masters of the universe, I happily majored in English. How then did I wind up sitting in the front row of a taping of The Dr. Oz Show holding a little placard that read “good bacteria” on one side (green background) and “bad bacteria” on the other (red background)? Every member of the studio audience was so provisioned, waving their placards at cued moments during the taping. Had I been induced to join a microbial pep rally? The truth was, I had, in my way, set the whole surreal thing in motion.

If you tuned into The Dr. Oz Show for that segment you didn’t see me (well, maybe briefly, one of the few males in the audience and having a bad hair day), but you did get a nice introduction to my co-author, ace nutritionist Kathie Madonna Swift. She took the Great Oz on a tour of foods to eat for healthy digestion and healthy weight-loss, specifically foods to “banish the bloat” which I have learned over the past year or so is a phrase that means a lot more to women than to men. Even more specifically, Kathie was drawing attention to a book that she and I wrote, The Swift Diet: 4 Weeks to Mend the Belly, Lose the Weight, and Get Rid of the Bloat, which was published by Hudson Street Press, an imprint of Penguin, in early September.

How all this came about has a lot to do with my falling in love with the microbiome. That would be the bacteria that live on our skin and in our gut, mostly in the large intestine. I didn’t fall in love with the bugs themselves just the idea of them. As I gleaned from articles like Michael Specter’s estimable piece in The New Yorker, “Germs Are Us,” and Michael Pollan’s equally estimable New York Times Magazine cover story, “Some of My Best Friends Are Germs,”  we each carry around with us a bunch of single-celled bacteria that outnumber our human cells at least 10 to 1. They help us digest what we eat and in turn we give them a warm, wet place to live and a steady food supply. Weird I know. Some biologists go so far as to suggest that we shouldn’t even think of ourselves as a single species, that is, human, but rather a collection of different species sharing the same space. Coral reefs are us!

In case you’re wondering, this does have something to do with the digestive complaints that are incredibly common in women (intermittent IBS, GERD, and yes, bloating) and those last five or ten pounds that just won’t come off, a condition that seems to plague women and men about equally. That’s why I and the rest of the Dr. Oz audience were, on cue, waving those goofy signs. As Kathie and I describe in the book, and as she “demos” on the show, the “good” bacteria in our gut break down the plant fiber we eat (think veggies, fruits, legumes). The by-products from that break-down process (technically, fermentation, like grapes turning into wine) are compounds that feed the cells that line the wall of the gut. All very nice. But if we’re not eating enough of these plant foods and too much of the quick-digesting refined carbohydrates (think flour-based foods, junk food, processed food, sugary drinks, etc.), we’re starving the “good” bacteria and feeding the “bad” bacteria. All that can cause digestive troubles and then, if and when the bad guys leak through a depleted gut wall, they trigger systemic inflammation which can drive weight gain.

These effects have been well-studied in lab animals but for us, the shot across the bow for real-world humans was a pair of bookend studies in the prestigious journal Nature which came out in the summer of 2013. In one study, a team of French researchers tracked two groups of people, overweight and lean, over a nine-year period. They discovered that the bacteria in the lean people were more numerous and more diverse than those found in the heavy people. In the second study, when some of the heavyweights went on a diet, upping their fiber and lowering their calories, their microbiomes shifted, to more closely resemble that of the born-lucky thin group. They lost weight, their bacteria no longer enemies but now allies in the endeavor. A month later, another study came out that was so bizarre, I chose not to put in it the book (the “eww factor” and diet books rarely go well together) but it gives you an idea how profoundly the microbiome can influence the rest of our physiology. Researchers at Washington University studied a group of identical twins, one heavy, one lean. When they took gut bacteria from a fat twin and put it into a mouse, it gained weight. When they put some “thin” bacteria in a mouse, it maintained its sleek figure.

Gluten, and the whole area of “food sensitivities,” is yet another piece of the microbiome puzzle. It turns out that as we and our resident bacteria have “co-evolved,” they’ve become our immune system’s early warning system. When our gut bacteria are plentiful and diverse enough, they recognize the gluten proteins in wheat and other grains as no big deal. (Oats and “pseudo-grains” like quinoa are naturally gluten-free). When they’re not, they don’t. They send a bio-chemical warning message to the immune system in the gut which then launches a systemic inflammatory response, something like going after a housefly with a submachine gun.

The message here seems clear: take care of your microbiome, and it will take care of you. Heed a handful of simple “take-aways” and, yes, the self-help pitch rings true, you can change the way you look and feel for the better.

And that’s how I wound up on Dr. Oz, or at any rate, my co-author did. I’m still an English major at heart but in the microbiome, I’ve discovered a compelling narrative replete with good guys and bad guys. Even though you can’t see them, the good guys, with a little help from us, get to win. 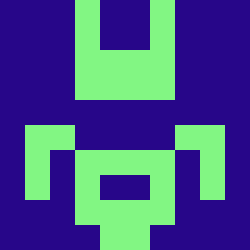