Pressbox – The Orioles will celebrate the 20th anniversary of Cal Ripken Jr.’s record-breaking 2,131st consecutive game during tonight’s 7:05 p.m. contest against the Tampa Bay Rays. Ripken will be recognized for the iconic moment when he broke New York Yankees legend Lou Gehrig’s 56-year-old record Sept. 6, 1995 that once seemed unreachable. While a few optimists never say never when it comes to Ripken’s impressive feat being surpassed one day, here are 15 sports records, listed in no particular order, that will likely never fall.

On May 30, 1982, one day after sitting out the second game of a doubleheader against the Toronto Blue Jays, Ripken, then a 21-year-old third baseman later turned shortstop, began his legendary streak. He would not miss another game until Sept. 20, 1998, when he voluntarily pulled himself out of the starting lineup during the final home game of the season against the Yankees. To put some perspective on his string of longevity, Ripken played for eight different managers, four general managers and three owners during his streak.

Phelps captured the world’s attention during the 2004, 2008 and 2012 Summer Olympic Games, winning 22 total medals (18 gold) to overtake former Soviet Union gymnast Larisa Latynina for the most career medals. The Baltimore native had his best showing during the Beijing Olympics in 2008, passing former U.S. swimmer Mark Spitz for the most gold medals during a single Olympics with eight. The 30-year-old Phelps came out of retirement in 2014 and will look to continue adding to his medal count during the 2016 Summer Olympic Games in Rio de Janeiro.

With starting pitchers being protected more than ever now, it’s not farfetched to believe MLB will never see another 300-game winner. But when Young took the mound each time during the late-1890s through the early-1900s, pitchers were relied upon to take the ball and go as deep as they could. Young, the man for whom the most prestigious pitching award is named after, did it better than anyone, helping him become the only hurler to win at least 500 games. The only player within 100 wins of Young’s 511 is fellow Hall of Fame right-hander Walter Johnson (417). 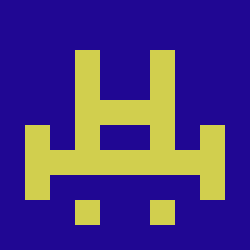