A packed auditorium at the University of Baltimore witnessed the 2017 Leonard and Phyllis Attman Competitive Business Prize presentation by UB students and young alumni last week. While the ideas for start-ups and expansions to existing small businesses ranged far and wide – everything from an innovative crab shelling tool to a high-end watchmaking company – an interesting theme resonated throughout the evening: More women than ever before are becoming entrepreneurs. Walls are breaking down. And cities like Baltimore are leading the way and reaping the benefits.

Shelby Blondell, a 2015 graduate who has returned to UB to earn her M.B.A., won $2,500 in seed funding for her newly launched product, the Sheller, a patent-pending stainless-steel combination crab mallet/knife/bottle opener. Made locally and available with customized laser etching, the Sheller idea came to Blondell after a night of crabs and cold beverages.

“I’m always impressed to see the wide range of ideas from our students,” says Henry Mortimer, director of the university’s Center for Entrepreneurship and Innovation. “Some are small scale, with a potential to impact the local economy, while others could go global if they took off. The competition really shows what our students are thinking about – what they are passionate about, what they consider to be a challenge and how they go about solving problems. This year, we saw a lot of women enter the competition, and I think that says something important about small business.”

The National Women’s Business Council says that women-owned companies now represent more than a third of all U.S. businesses and that women have been starting their own firms at rates “far exceeding the national average.”

Another report vaults Baltimore to the top spot for women-owned businesses. According to ShareFile.com, Baltimore holds a high percentage of women in business and in leadership roles.

“I have been very lucky to cross path with so many wonderful entrepreneurs,” Blondell says. “I have had the opportunity to meet so many innovative individuals who have helped to push me to think outside the box. I am blessed to be apart of a community that is not only trying to make Baltimore a better place but the world, one idea at a time!”

Another successful woman from UB, Robin Holmes, B.S. ’12, returned to campus as part of the Attman event to share her story of successfully launching Deddle’s Donuts, a food-truck business that has now expanded into the corporate events and catering.

Holmes, who won last year’s top prize, plowed her winnings into a table-top donut-making machine. Now she can leave the truck behind but still offer freshly made donuts, complete with amazing toppings. There’s even an “adult donut,” which appears to have a measurable alcohol content.

“There’s no end to what our students can come up with,” Mortimer says, smiling. 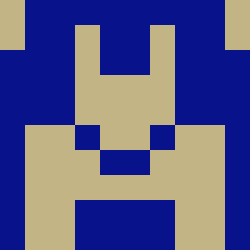