Jon Zerivitz has been sipping craft beer since his college days at the University of Massachusetts. But now the Timonium resident is turning his passion into a business after quitting his day job as a graphic designer.

He will open Union Craft Brewing in Woodberry this spring, now that he has received nearly $800,000 in funding. The 7,000-square-foot space he has leased on Union Avenue will produce an American pale ale, a German-style beer and seasonal brews.

Zerivitz is one of several Baltimore brewers seizing an opportunity to expand as sales take off.

Several new breweries and beer-themed restaurants are in the works for Greater Baltimore.

The 200-seat Heavy Seas Ale House will open next month in Little Italy, licensing the name of Baltimore’s Heavy Seas Brewing. Stephen Demczuk is opening Charm City Brewery in Waverly in May. In Harford County, Du Claw Brewing Co. is expanding. Meanwhile, an Eastern Shore entrepreneur is bringing an old Baltimore favorite, National Premium, back to the market.

Anheuser-Busch and MillerCoors maintain their control of radio and television airwaves. But in the blink of an eye, homegrown brewing businesses have taken over taps at your local watering hole.

Sure, wine has gotten some good PR in the past decade thanks to the Mediterranean diet fad and the movie “Sideways.”

“At the end of the day, we’re still a beer-drinking country.”

The big, winking Natty Boh sign in Brewers Hill is a reminder that Baltimore, of course, has a rich history when it comes to producing beer. 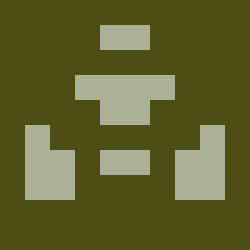