At the end of practices, before every game and at halftimes for close to 30 years, Johns Hopkins football head coach Jim Margraff would share a simple but fiery message with his team.

Standing near the 50-yard line, his players huddled around him, Margraff pointed out a note or two about the team’s game plan, or about the halftime adjustments the coaches implemented in the locker room.

Then, with his players hyped, jumping around him, he’d shout three simple words.

“Knock ’em back!” the team would reply.

“Break!” the players responded in unison before rushing the field.

Margraff built Johns Hopkins into a top Division III football program on the “Pride & Poise” mantra, winning 221 games and 14 league championships over 29 seasons. Though the Blue Jays produced winning seasons most years, the program hit another level in the last decade, making the NCAA Tournament every season since 2011.

In 2018 Margraff produced his best season, leading Johns Hopkins to a 12-2 record and a run to the NCAA Tournament semifinals. He was named Division III National Coach of the Year by the American Football Coaches Association.

This year, Johns Hopkins practice and pregame circles are still a tradition, and fiery messages are still delivered before the whistle. What’s different is the center of that “Pride & Poise” circle is gone.

Last January, just a few months after the most successful season of his career, Margraff died from a sudden heart attack at the age of 58. He left a generation’s worth of players, fans, alumni and family in mourning, and his successful Blue Jay program had to prepare for the 2019 season without its longtime leader.

“Coach Margraff started it and we didn’t want to let it go away,” Tammaro, a three-year starter for the Blue Jays, says. “We wanted to keep the tradition alive.”

The 2019 season has been about balancing that transition, keeping tradition while allowing veteran players and new coaches to find their voice. Entering the 2019 season as the preseason favorites in the Centennial Conference, the team is currently 5-3 and in fourth place after battling injuries.

Along with the team captains, new head coach Greg Chimera, named to the position last February, has been vital in the transition process. A former Blue Jay fullback who played for Margraff before going into coaching, Chimera has been tasked with filling the hole his mentor left behind while also continuing the program’s winning history.

“I wish I could go sit in front of his desk, shoot the shit, talk about life stuff, instead of trying to channel what I think he would say,” Chimera says. “It helps me to get out of my own head and think about what he would do. He always had a great perspective of things, through the tough games. I miss him a ton on a personal level, but just as much on a professional level.”

Since becoming head coach, Chimera’s role has changed in scope. He’s left the coordinator’s booth for the traditional sideline position and is more engrossed with the team overall.

“I’m focusing on the bigger picture things,” Chimera says. “Mental health, academics, getting the right sized pants ordered, getting food on the road. I feel a really big connection to our players, I feel super connected to the whole team, and I’m hopefully putting those guys in positions to succeed, so I’m taking on more of that role. It’s been a challenge, but it’s been rewarding.”

With Margraff gone, all sides have helped with the new adjustments. In his two previous seasons as the Blue Jays starting quarterback, Tammaro, a 6’3″, 210-pound passer who’s drawn attention from NFL scouts, and Chimera collaborated from a distance, with plays being called from the booth and relayed through a helmet speaker.

“Now when he’s mad at me, he’s right in my grill,” Tammaro says. “But we can say what we want to each other. With him being on the field, I like it more, it helps with communication between a head coach and quarterback.”

Tammaro has posted an eye-popping 10,152 yards of total offense and 93 touchdowns with at least two games to go in his college career.

This Saturday, Johns Hopkins will honor the team’s seniors against Juniata College in the Blue Jays’ last home game of the year. Margraff’s presence isn’t far from Tammaro and his teammates as they finish out the 2019 season.

“It’s very different. Coach Margraff was different than coach [Chimera]. He was everyone’s father, everyone’s dad. He’d been coaching for 30 years of his life. I said it at the beginning of the season, there isn’t a play I don’t think about him. Every time I throw a good ball, I hear coach Margraff say, ‘Good ball Dave!’ and when I throw a bad ball, I can hear him say ‘Get your eyes right, get your feet right!'”

Understanding that bond between his players and their former coach, Chimera wanted the traditions, including the pregame and halftime circle-ups, to be about the team and not him. He depended on the team’s captains to decide how those should be run.

Having such dependable leadership has helped the team navigate the season, he said.

“It’s easy when your best players are your hardest workers.” 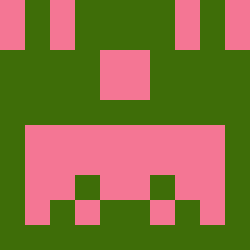