All around her at Stebbins Anderson, Christmas lights twinkled, exotic tree ornaments from near and far glistened, flowers in pots blossomed in a kaleidoscope of colors–and Eva Murphy Andrews’ eyes filled with tears

For 20 years, she’s savored shopping at the 152-year-old Towson fixture for gifts, placemats, window decorations and lawn furniture, but laments that the store’s closing for good after this holiday season.

“I just tear up over it, I’m going to miss this place so much,” says Andrews, who lives in Forest Hill. “I feel like another one of Maryland’s traditions is slipping away from us. It almost feels like I’m losing an old friend, like the old Hochschild Kohn’s, Stewart’s and Hutzler’s on Howard Street in downtown Baltimore. I got the same feeling I got shopping at those stores whenever I came to Stebbins.”

Andrews says the attentiveness of the staff is something that can’t be found when shopping online.

“When you come to Stebbins, they always answer your questions, and if they don’t have what you need, they’ll get it for you.”

Like other longtime customers, Andrews says that, in addition to the legendary customer service, she’ll miss the family-owned Stebbins’ selection of everything from Christmas decorations to housewares to bird feeders, chimes and lawn furniture.

Owner Ken Knight–who began working at Stebbins as an accountant in 1981, left to run a Georgia lumber business in 1991, then returned as an accountant–recalls coming to the store at its former location on York Road in Towson as a child with his father

“When I was a kid growing up in Overlea, my dad always said to me, ‘You know, you might pay a little more at Stebbins Anderson, but if you buy there, they always help you find the right product and give you all the help you need,'” Knight says. “That’s something we’ve continued all these years later, and we pride ourselves on personal customer service.”

But Knight, who took over full ownership in 2016 after a co-owner died, says the 20,400-square-foot Stebbins Anderson could no longer compete with online retailers and big-box stores offering lower prices.

“It’s a shame, really, because what’s lost is the one-to-one relationship,” Knight says. “If you need advice or help finding something or if you have a problem, you’re going to get me or one of my employees to help you directly.”

Stebbins began in 1867 as a coal, lumber and hardware business on York Road in Towson, took on its current name with new owners in 1926 and moved to the newly opened mall The Shops at Kenilworth in 1979. With hardware sales plummeting, the store eliminated one of its two floors in 2016, part of a redevelopment at the mall that paved the way for a Trader Joe’s.

Knight, who runs the store with his wife, Bonnie, and son, Ken Knight Jr., says he views all 38 of the store’s full- and part-time employees as extended family.

The 69-year-old father of three says he had been considering retirement and plans to spend more time with his children and five grandchildren (with a sixth on the way).

Stebbins Anderson becomes the latest area business to close amid growing competition from online and big-box retailers: Watson’s Garden Center in Lutherville closed in January 2016 after more than 60 years in business, and the bookstore and gift shop Greetings & Readings in Hunt Valley shut down earlier this year after nearly a half-century doing business.

Tricia Bosley came from Upperco in Northern Baltimore County to shop for Christmas gifts for her grandchildren and found what she was looking for: a school bus ornament for her granddaughter, starting kindergarten in the fall, and angel ornaments for each of her two baby granddaughters.

Bosley’s been shopping at Stebbins Anderson for 40 years, and her late parents had begun shopping at the store in the early 1960s to buy hardware and housewares.

“I always think of the sense of history when I come here and how much Stebbins is an old-time mom-and-pop shop with unique, quality merchandise, great customer service and a lot of longtime employees who actually get to know you,” Bosley says. “You just don’t get that online or at big-box retailers, and I’ll really miss it.”

Kathy Bender, who came to Stebbins from her Abingdon home to shop for Christmas gifts, says she’s been a fan of the store since she began shopping at its former location on York Road in the 1970s.

“I like to have the whole shopping experience. I like to see things up close, to touch the merchandise. And I’ll miss the personal touch you just get much anymore.” 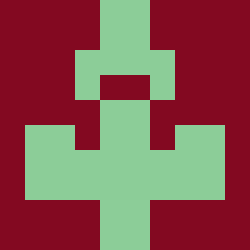