188 POSTS 69 COMMENTS
University of Baltimore Professor Marion Winik writes Bohemian Rhapsody monthly. She is the author of "The Big Book of the Dead,” “First Comes Love,” and several other books, and the host of The Weekly Reader on WYPR. Sign up for her monthly email at marionwinik.com. 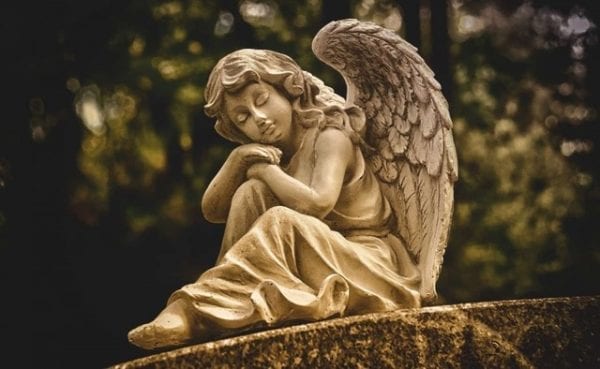 I was having a fine, if ordinary, summer day until two things happened, both right outside my front door. The first time I left the house, I discovered a hit-and-run driver had lopped off my rearview mirror. That afternoon, I briefly left my iPhone in the car, and by the time I went out to get it, it was gone. That iPhone was one of the only working parts of my brain, and it was not even halfway paid for.

I picture them like evil dots on a GPS map, miscreants on the move, turning on my street, stopping at my house, dropping off a random to-go order of misery. Small and medium for me this time. But just as I was ruminating on the terrible power of bad people, the universe gave me an opportunity to notice just the opposite, a couple helpings of positive vibes I had done nothing to deserve.

END_OF_DOCUMENT_TOKEN_TO_BE_REPLACED

When The Ivy Bookshop moves a quarter-mile down Falls Road this spring, Baltimore City will become the home of what might be the most beautiful and bucolic bookstore in the United States. Set on 2.7 lush green acres beside the Jones Falls, in a light-filled 19th century house remodeled by Ziger/Snead architects, the bookstore will be a surprise to those who associate the city with rough neighborhoods and presidential insults.

The 18-year-old Ivy opened its Lake Falls Village doors in dark days for bookstores, a time when the rise of big-box retail, Amazon and e-books combined to sound a death knell for concerns like Baltimore's Bibelot.

Now, thanks to the idealism and grit of three consecutive owners—founder Darielle Linehan, Ed and Ann Berlin, now Emma Snyder—it has survived to be a part of what could become a golden age for small business. Linehan conceived of and crafted a lively North Baltimore neighborhood bookstore; the Berlins expanded its reach through the city by partnering with key organizations like the Pratt and the Baltimore Book Festival; and since Snyder joined them in 2017--also the year a second location, Bird in Hand, opened near the Hopkins campus--the store's demographic has steadily broadened. As Snyder sees it, with every aspect of our lives awash in technology, "local businesses feel human. They create a space for community in people's lives."

The new Ivy will embrace that role, taking a building that used to be a sanctuary of the Divine Life Church and creating a sanctuary for books—plus a coffee bar, a workroom for classes and meetings, and a studio apartment for visiting writers or perhaps Airbnb types. Outside, on the lawn, in the meditation garden, on the wide porch and patios, one can easily envision weddings, literary salons, an al fresco summer reading series.

"Fundamentally, a bookstore is a collaboration between the owners and staff and the community," says Snyder, who plans to invite visual artists and urban gardeners to be part of the new Ivy.

"What can happen here is limited only by the imagination," she says. "Which is kind of perfect, since books are all about imagination." 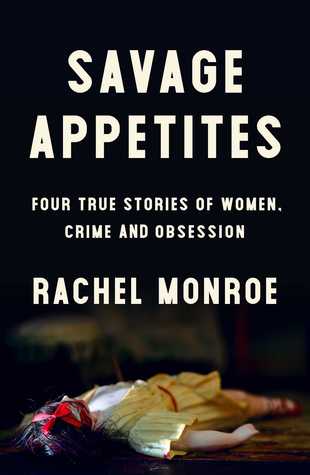 “Savage Appetites” is a book about women who love crime, or at least stories about crime, and author Rachel Monroe is one of them. “I was a teenager storming with hormones when I pulled Helter Skelter off my parents’ shelf,” she writes. “When I learned that the Columbine killers’ journals were online, I read those, too.”

Monroe’s debut work of narrative nonfiction opens at Opryland in Nashville, where she’s attending CrimeCon, a fan gathering hosted by the “all crime, all the time” cable network, Oxygen. The conference is attended almost exclusively by women, the main consumers of the true-crime genre. She stands in front of a Wall of Motives, where attendees have stuck post-its with their reasons for being there–“justice and rage,” “morbid curiosity and sisterhood,” “cupcakes and patriarchy battling,” “fear and revenge”–and thinks about her own.

END_OF_DOCUMENT_TOKEN_TO_BE_REPLACED 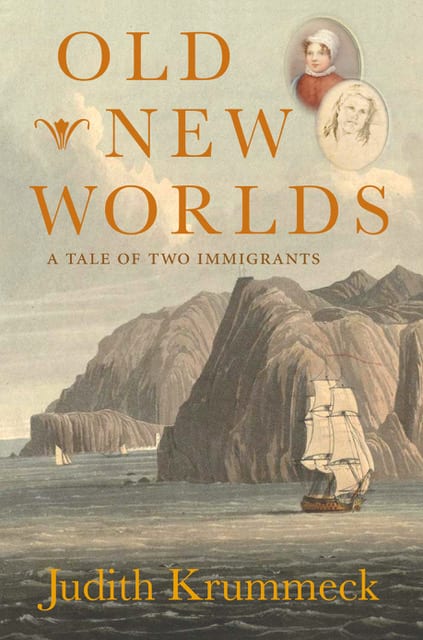 Judith Krummeck’s new book, “Old New Worlds” (Green Writers Press, 360 pp., $24.95), occupies a unique spot on the spectrum of creative non-fiction. Half the book is actually historical fiction about her great-great-grandmother, Sarah Barker, who immigrated with her missionary husband, George, from England to the wilds of South Africa in the early nineteenth century. The other half is a memoir about the author’s own immigration from South Africa to the U.S., and her quest for the facts of Sarah’s life on which she based her imaginative story.

END_OF_DOCUMENT_TOKEN_TO_BE_REPLACED

One day last month I was lucky enough not only to have dinner with both of my sons, who now live far away from me and each other, but also to hideously embarrass both of them, as is family tradition.

END_OF_DOCUMENT_TOKEN_TO_BE_REPLACED

Why Yoga Drives Me Nuts 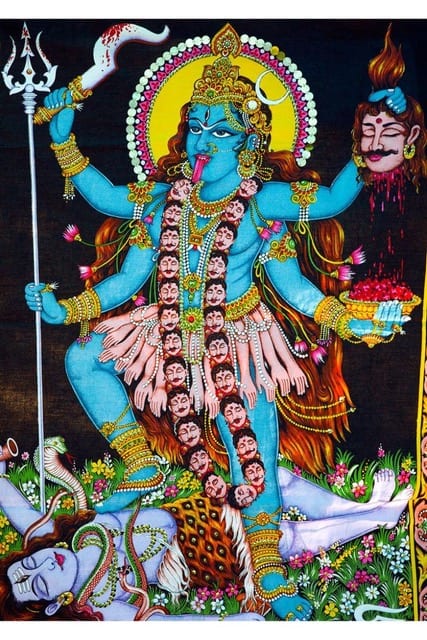 The other day I was visiting a good friend who has been in bed for over a month with a back problem. I mentioned to him that years of yoga has helped me stay a little ahead of my own decaying skeleton.

He nodded. Everyone says it’s great for relaxation.

Immediately I began to splutter. Though it is my preferred form of exercise – one of the only ones I can manage with my barely functional knees – yoga is one of the biggest sources of irritation in my life. As much as I love a good vinyasa workout, I usually leave class fuming.

What the hell!?! said my friend, laughing, so I explained.

END_OF_DOCUMENT_TOKEN_TO_BE_REPLACED 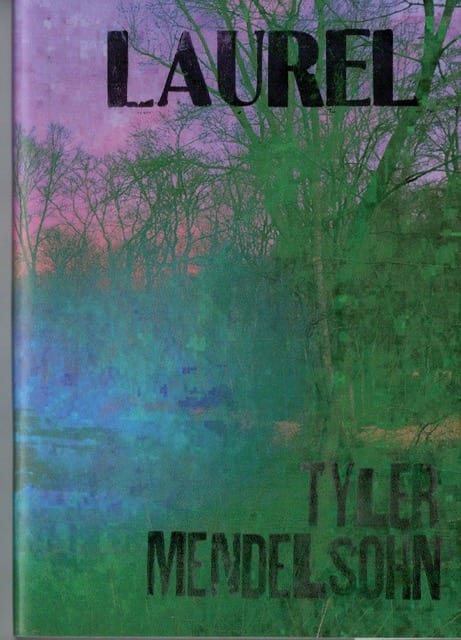 What you’ll notice first about non-binary Baltimore writer Tyler Mendelsohn is what they notice. Their writing has an innocence, a freshness to it–as if they’ve landed from another planet and are taking notes. Their eye lingers on things we take for granted, like the way words sound like other words, the literal meaning of clichés, the psychological acuteness of the syntax of their three-year-old niece. They love to trace the connections formed by coincidence, or what we earthlings call coincidence, as when they read two books and in both there is a pet named Karenin, or how the number 8 is the symbol for infinity and turns up in infinite contexts.

END_OF_DOCUMENT_TOKEN_TO_BE_REPLACED

No Dogfights at Dewey

Every morning from the bedroom window of the condo, I watch the sun rise over the water. Most days begin as smears of coral against a wash of night-blue, then bring on the drama in pink and peach as the fireball edges into view. Cloudy days take a more minimalist approach: misty layers of gray, a golden shimmer on the water. The first silhouettes on the beach are the fishermen, posted up in folding chairs, their lines stretching out into the calm morning sea. They are followed by the dog owners, wearing billed caps and carrying coffee cups, some with their pets trotting ahead of them, others with puppies or nervous new rescues on leashes.

END_OF_DOCUMENT_TOKEN_TO_BE_REPLACED

Things one does not expect 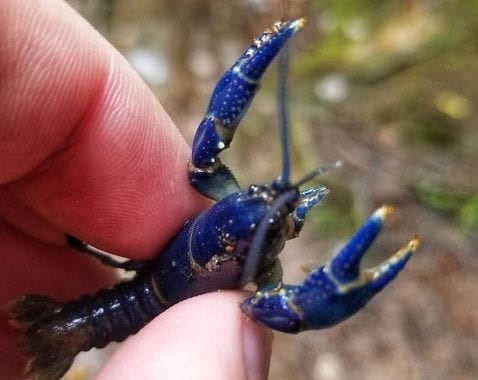 Note: This piece is in the style of the Pillow Book of Sei Shonagon, lady-in-waiting to the Empress of Japan during the 990s — one of the world’s first great personal essayists, who thought she was only keeping a diary. Her lists have titles like “Things That Make The Heart Beat Faster,” “Occasions When Time Drags By,” “Hateful Things,” “Adorable Things.” They give an amazing window into the culture of her time and place, but just as strikingly illustrate the unchanging aspects of human nature. “One has gone to a house and asked to see someone; but the wrong person appears, thinking that it is he who is wanted; this is especially awkward if one has brought a present.” “It is quite late at night and a woman has been expecting a visitor. Hearing finally a stealthy tapping, she sends her maid to open the gate and lies waiting excitedly. But the name announced by the maid is that of someone with whom she has absolutely no connection. Of all the depressing things this is by far the worst.” I sometimes give students the assignment to make a Shonagon-style list, but I never made one myself before. Excerpts from the original are here and here.

When one returns to one’s small gray car just in time to see the huge SUV parked in front of it back into one’s front end before pulling away, one is relieved to find that no serious damage has been done. One does not expect to see, after driving home, that one’s Toyota hood ornament was jarred loose by the impact and has now fallen off. A depressing black oval remains.

END_OF_DOCUMENT_TOKEN_TO_BE_REPLACED

The Astonishment of Watching People Grow Up

In the first years of life, babies change so fast. The milestones are so clear, so important, so closely and nervously monitored, so joyfully celebrated. What better show does nature put on than the transformation of a squirming, squalling creature in a blanket and a nursery cap into a person, an ever bigger and more definite one? (As my mother used to love to crow in all kinds of situations, quoting a Shake N Bake Chicken commercial from the 1970s—”And I helped!”)