According to Jordan Miles, on January 12, 2010, three white, plainclothes Pittsburgh police officers jumped out of an unmarked car, ran him down, and beat him. The high school student said he had no idea the men chasing him were law enforcement officers, and the police, who thought Miles was carrying a concealed weapon, later cited nothing more dangerous than a bottle of Mountain Dew at the scene. In a photo taken the next day, the bloodied, swollen right side of the teen’s face bears little resemblance to the left.

On February 2, 2012, members of a New York Police Department narcotics unit observed 18-year-old Ramarley Graham walking out of a Bronx bodega. Suspicious of the way he moved his hand near his waist, officers entered the apartment building where Graham lived, kicked down his front door, chased him into the bathroom, and killed him. In the toilet lay a bag of marijuana but no gun.

Three-and-a-half weeks later, a neighborhood watch volunteer in Sanford, Florida told police he shot an unarmed 17-year-old in self defense.

Race, many fear, was the leading factor in all three incidents, and today each victim awaits justice. But you’ve probably only heard of one of them. As outrage over what happened to Trayvon Martin one awful Sunday night spreads around the country, it’s worth considering why this case is drawing attention to the dangers of being young, black, and male and giving some thought to what should happen next.

Here’s what we know.

During halftime of the NBA All-Star Game, Martin walked to a 7-Eleven. As he made his way back through a gated community, George Zimmerman, a resident in a neighborhood concerned about a rash of burglaries, trailed Martin, called 911, then approached the boy against the admonishment of the emergency dispatcher. Zimmerman, 12 years older and, by many accounts, heavier than Martin, had a gun. Martin did not. Many people remain incredulous that an arrest has not been made.

It took weeks of stories, but local reporters and black journalists elsewhere spurred national interest in the case before social media helped turn the demand for justice into what could now be called a movement. In rallies around the country, people have donned hoodies, much like the one Martin wore when he was killed, as a sign of support. The U.S Department of Justice is reviewing the case, President Obama expressed his concerns about the shooting, and as of this writing more than two million people have signed an online petition demanding Zimmerman’s prosecution.

In 2009 alone, more than 1,200 black teenagers died of gun violence. This is not the typical response.

It helped that Martin was handsome. The picture most news outlets seem to use shows a happy, smooth-faced kid in a Hollister t-shirt. But it’s most likely that the incident captured the country’s attention not because of what is known but because of what is unknown. Only now, more than a month later, are reports of a witness who actually saw the shooting, beginning to emerge, and the 911 tapes that recorded screams and gunfire have raised more questions than they’ve answered. That night in February, it’s as if two people walked into a black box. Because only one came out alive, each of us fills in the time and space darkened by the tragedy with personal experiences and our own worst fears, fears that echo what Martin’s mother said at a Capitol Hill forum on racial profiling and hate crimes: “Trayvon was our son, but Trayvon was your son.” Many have wondered if the same could have happened to their child. That empathy is a sign of hope.

African-American youth have been demonized for years. In the 1990s, hysteria over so-called “super-predators” — young, often black, violent offenders — led to changes in state laws that made it easier to try children as adults for certain serious offenses. It was all part of a larger trend that marked those who were young and dark-skinned with suspicion. Today, even Martin seems like a less perfect victim than he once was. The fact that he was suspended from school for graffiti and trace amounts of marijuana and suspected of burglary after a watch, a dozen pieces of women’s jewelry, and a screw driver were found in his possession have now become part of the story. Miami-Dade Police investigated and no charges were filed. Martin’s family insists his problems at school have nothing to do with his murder, perhaps fearing the very real possibility that he could still be re-branded as the perpetrator. This story will continue to evolve, and some people’s views will change, but up to now it has been remarkable to see so many embrace a black child as one of their own. And this may be the key to what’s next. If, in the eyes of most people, the average black kid from any city in the country begins to look less like a bad seed and more like someone who deserves a chance at a decent future, communities around the country could change. The question now is whether we can move from the perfectly horrific tragedy that befell a stranger — this hazy black box that allowed us to project into it what we wanted and needed to see — to the messy reality just blocks away.

Will we in Baltimore, for example, continue to allow so many juveniles per year to be tried as adults? And what will we do as the state tries to build then fill a new youth jail in East Baltimore while dozens of schools stand in need of repair? Answers to these questions hinge on our thoughts about which kids are worth saving and what they should look like. The next Trayvon Martin may not be as photogenic. He might even have a little more baggage, but he too will deserve a real chance at life.

Lionel Foster is a writer based in Baltimore, Maryland. His coverage of topics including race, education,  and the non-profit sector has appeared in Urbanite, The Chronicle of Philanthropy, and Grist. Lionel’s column “Where I Come From” runs in the Baltimore City Paper. 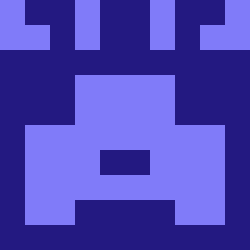