On May 7th the Chesapeake Shakespeare Company announced its acquisition of the old Mercantile Trust and Deposit Company building, at 200 East Redwood Street. The renovations of the 10,000 square foot building will transform the former nightclub into a 250-seat Elizabethan-style theater in time for the 2014 season, according to the company’s press release.

For over a decade the Redwood Street address has been home to a string of nightclubs and after-hours destinations. Before that, it spent over a century as a bank. Now, as the home to the Chesapeake Shakespeare, 200 East Redwood is going to house a stage based on the historic Globe Theatre. The architectural firm Cho Benn Holback and Associates is currently at work on a design which is going to incorporate traditional Elizabethan design into a modern, efficient theatrical setting.

Now in its 10th season, the Chesapeake Shakespeare was founded in 2002 by actor/playwright Ian Gallanar, who has since served as its artistic director.  The largest non-union professional theatre in the U.S., Chesapeake currently produces its outdoor summer productions under the Doric Columns at the 12-acre Patapsco Female Institute Historic Park.

The popular summer productions will continue, but this new development will represent the Chesapeake Theatre’s transition to an eight-month season. The Chesapeake also plans to use the new site to expand its educational programs, which include after school and weekend programs for Baltimore students. An international theater festival is also on the agenda.

This shift represents a rapid change in fortunes for a city that’s long been looking for a permanent local base for honoring Shakespeare. In 2011, under mounting debt, the Baltimore Shakespeare Festival, Baltimore’s other professional Shakespeare Company, shut its doors for the last time. Situated in Evergreen Park during the summer, Baltimore Shakespeare seemed destined for greater things: especially after a $1 million dollar anonymous grant in 2007. That headlines-grabbing grant, however, wasn’t enough for a theater with a short season and an equity contract to overcome the burdens of the great recession.

The Baltimore Shakespeare Festival certainly is a cautionary tale, but it’s hard not to be encouraged by the Chesapeake development. This could add variety to a downtown scene which is largely associated with bars and comedy clubs. The Globe-style theatre will have the opportunity to tap into a market of convention goers and tourists in the Harbor area. With the demise of the Baltimore Shakespeare Festival, it also has access to a larger pool of Shakespearean actors than it had before. There are no guarantees in this business, but, for the moment, it looks like the Bard is back in Baltimore. 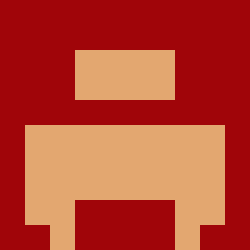