Monday Night Football’s Lisa Salters calls Baltimore home. Despite being born and raised in the Philadelphia area and attending Penn State University (where she walked on to the women’s basketball team), she moved to Baltimore in 1988 when she landed a job at WBAL-TV out of college.  A few years later, she made her way to ABC News in Los Angeles, and moved on to covering for the network the Iraq War from Qatar and Kuwait, the World Cup in South Korea, the Olympics in Greece and Italy, and more. She currently covers NFL and NBA games all around the U.S. for ABC and ESPN.
But it was her early days at WBAL that formed the foundation of her journalism career, she says.”​Jayne Miller taught me everything ​I​ know about being a journalist – all that ​I​ am professionally, ​I​ learned from her,” the Emmy-nominated reporter says. Since joining MNF in 2012 as sideline reporter, she and her adopted son Samuel have lived in Fells Point, both enjoying city life by the harbor. “​I​ love it​.​ ​Lots to see and do – the zoo, ​the aquarium, ​the science
c​enter, ​Port ​Discovery​. Kids should never be bored in Baltimore.”Along with her Monday night duties, she covers the NBA on ABC for ESPN, and is a featured correspondent for ESPN’s newsmagazine show E:60, where she earned a Sports Emmy nomination. Her E:60 profile of Terrell Suggs, “Quoth The Raven,” is a must-see for Baltimore football fans. Her rapport with athletes, ranging from light-hearted jokes to dead-serious psychological investigations, is widely admired.She recently made headlines for her decision to refuse to use the name “Redskins” on-air, a controversial decision that will inevitably stand on the right side of history.

You have described yourself as an “old school” journalist – how do you balance that background with evolving media and technology?

​I​ dabble in social media, but am not really involved – ​I​ stick to what I​ know, doing things old school.​

And what is the most important thing the internet generation must learn from the old school?

​B​eing accurate is better than being first.​

When interviewing many different people in many different situations, how do you maintain focus and presence of mind, always prepared with a response in the face of the unexpected?

​I​ listen to what they’re saying – if you listen to people while you are interviewing them, instead of thinking ahead to what your next question might be, you will conduct a much better interview – I go into interviews with topics in mind, but I do not have a list of questions – I want my interviews to be more like conversations, they go where they go.​

What historical figure would you have liked to interview?

As the first African-American female sideline reporter for Monday Night Football, how do you feel about the overall social progress of the professional sports world?

​I​ am proud to be the first African-American female sideline reporter for MNF – but there were many more who paved the way for me — we must continue moving forward.​

How difficult will it be for the Ravens to recover from the Ray Rice controversy, and is giving back a Ray Rice jersey the only thing fans can do?

​T​ake what’s happened as a teaching point – become more involved in how we all can stop domestic violence.​

You have traveled around the world, and collect art along the way – what aspect of foreign cultures do you wish you could bring back to the U.S.?

I​n ​E​uropean cities, people walk almost everywhere and their subway systems are great.​ ​I​ wish we had the same here in the US – other than in ​New York​, we aren’t much of a subway country, and people don’t like walking anywhere.​​ That’​s what I​ like about living in ​F​ells ​P​oint – ​I​ can walk almost everywhere I​ want to go.​

What is the best moment of the day?

W​hen Sam wakes up in the morning and calls for me – I go into his room and his has a big smile on his face, ready to start the day.​

What is on your bedside table?

A​ candle, a lamp, and my deceased paternal grandmother’s old B​ible.​

What is your favorite album?

Do you have a favorite charity or cause (local or not) you would like people to know about?

Sum up your life philosophy in one sentence. 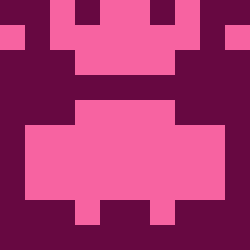