The City Council is expected to pass a small change to the zoning code that activists hope will have a big impact on safety and the environment. The bill, #17-0150, would prevent the construction or expansion of crude oil terminals inside city limits, including in the Port of Baltimore, by making it a prohibited use in the zoning code.

Fracking technology has unlocked oil reserves in places like Pennsylvania and South Dakota, far away from the refineries and other petroleum infrastructure found on the Gulf Coast, meaning there is now more oil traveling by train, and the oil is in a rawer state containing more volatile components. And the increase in volume has come with an increase in derailments, spills, and other accidents, according to the Chesapeake Climate Action Network (CCAN).

That is why the environmental advocacy group sent many city residents emails and flyers promoting the legislation with titles like “No Bomb Trains in Baltimore.” The major freight train routes north from the port run right through the city, passing under schools, through neighborhoods, and alongside major destinations and infrastructure.

And a spill is just the beginning, she says. “Once the oil is spilled, it starts moving downhill. The lighter hydrocarbons mixed in with the heavier crude can set that crude on fire. Then you don’t just have an oil spill, you have a river of fire.”

One of those routes runs right along W. 26th Street in Remington, Charles Village, Harwood, Waverly, Coldstream-Homestead-Montebello and Belair-Edison, including the block that collapsed into the railbed in 2014 and others built the same way.

“I’m concerned about public safety and I’m concerned about the environment,” says Harwood resident Chauna Brocht, who lives just a few hundred feet from the tracks. “They’re both risks to our health and welfare, whether you want to be blown up or have the earth destroyed by global warming.”

In addition to safety, advocates for the bill are concerned about climate change. In testimony submitted for the Baltimore City Council hearing on the bill on Feb. 21, national environmental nonprofit Clean Water Action said, “Baltimore City must look to the future of renewable energy development instead of expanding dangerous fossil fuel infrastructure.” The group pointed to a June 2017 City Council resolution that passed unanimously in response to President Donald Trump’s decision to withdraw from the Paris Climate Accord. Among other things, the resolution declared the city’s intention to “limit the development and expansion of facilities that handle crude oil.”

Not everyone agrees that the crude oil trains present a safety hazard.

“More than 99.99 percent of all tank cars containing crude oil reach their destination without incident and recent years have been the safest on record for the rail industry,” says Jessica Kahanek, a spokesperson for the American Association of Railroads.

The Baltimore Industrial Group, which includes the Maryland Port Administration, CSX and other public and private interests, testified against the bill. The group did not respond to a request for comment.

The legislation itself is simple. It defines crude oil terminals as facilities that receive, store, transfer, ship, or process crude oil, and adds them to a short list of uses that are not allowed anywhere in the city. That list also includes nuclear power plants, incinerators, junkyards, landfills, vehicle dismantling facilities and “storage on barges and belt conveyor systems.” An amendment requested by the city’s Law Department also defines “crude oil.”

Except for nuclear power plants, Baltimore has at least one of each of those uses already. But existing facilities are grandfathered in and will be allowed to continue operating. The city currently has two crude oil terminals, one at Pointe Lookout operated by NuStar Energy, and another in Canton operated by Apex Oil.

Another weakness of the bill is that it exempts any facility owned or operated by a rail carrier.

“We are preempted by the federal government from regulating commercial train traffic,” says Councilwoman Mary Pat Clarke, the lead sponsor of the bill who represents the 14th district.

The carve-out was thus included to avoid a conflict with federal law. Both of the existing crude oil terminals in Baltimore are owned by oil companies.

The measure was introduced by Clarke and Ed Reisinger of District 10. It came in with considerable momentum; 11 of 14 council members co-sponsored the bill.

A staffer at Clarke’s office said the legislation is scheduled to appear before the council on March 12 for final passage. Mayor Catherine Pugh has not publicly committed to signing the bill or to vetoing it.

In Harwood, Brocht isn’t worried about the exemption for rail carriers or the existing facilities. She sees the legislation as a way stop additional investments in fossil fuels.

“The whole point of the bill is to keep us from becoming an oil shipping hub.” 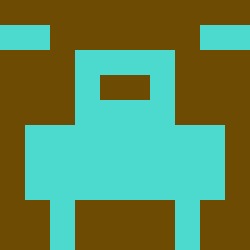