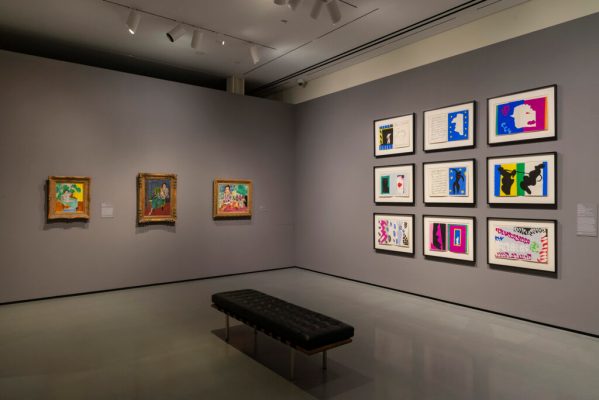 The Baltimore Museum of Art (BMA) presents the first comprehensive exhibition to explore the singular 43-year friendship between Baltimore collector Etta Cone (1870-1949) and French modern master Henri Matisse (1869-1954). Their relationship laid the foundation for the BMA’s Matisse collection which, with more than 1,200 paintings and works on paper is the largest public collection of the artist’s work in the world. A Modern Influence: Henri Matisse, Etta Cone, and Baltimore includes more than 160 paintings, sculptures, prints, drawings, and illustrated books that demonstrate how Cone’s bond with the artist provided her with a sense of identity, purpose, and freedom from convention.

On view through January 2, 2022, “A Modern Influence is an incredible opportunity to explore the vision and work of an extraordinary female collector, who through her passion and commitment had a profound impact on Matisse’s career in the United States and shaped the BMA’s collection in ways that continue to serve public and scholarly exploration. This is a little-told story that is deserving of much greater attention, and one that provides a wide range of avenues to experience and further understand the development and importance of Matisse’s practice to modernism and to the generations of artists that have followed,” said Katy Rothkopf, The Anne and Ben Cone Memorial Director of The Ruth R. Marder Center for Matisse Studies and Senior Curator of European Painting and Sculpture at the BMA.

Etta Cone first visited Matisse’s studio in January 1906. At the time she had been living in Paris near her friends, siblings Gertrude, Leo, and Michael Stein, and Michael’s wife, Sarah, who made the important introduction to the artist. Cone immediately felt a kinship with Matisse, and purchased two drawings during the visit, only to return several weeks later to purchase another drawing and watercolor. Shortly thereafter, Cone’s older sister, Claribel (1864–1929) also came to know Matisse, and together, the two sisters collected hundreds of his works, including important paintings such as Blue Nude (1907), The Yellow Dress (1929-31), and Large Reclining Nude (1935).

Following Claribel’s death, Matisse traveled to Baltimore in 1930, and, for the first time, saw the impressive holdings that the Cone sisters had already acquired. It is likely that during this visit Etta also mentioned her interest in supporting the BMA, which had moved into its current location the year prior. From this point, Matisse began to create and offer Etta works with her collection and the museum in mind.

Altogether, the Cone sisters collected approximately 700 works by Matisse, with Etta bequeathing more than 600 of them to the BMA upon her death. The works formed an important portion of the much more expansive and renowned Cone Collection of modern art at the BMA. A Modern Influence: Henri Matisse, Etta Cone, and Baltimore recognizes Etta’s achievements as a collector and acknowledge her role in building the majority of the sisters’ Matisse collection, particularly the sculpture, drawings, and prints. “One of the most interesting facets of the intimacy between this artist and collector was the way in which, perhaps more so than for any other collector in that moment, it enabled Etta Cone to engage with Matisse’s process. The exhibition brings to the fore not just the beauty of Matisse’s finished works, but the way in which his iterative process was layered into and across multiple media. Etta Cone and Matisse shared a love of gesture and the female form, expressed not only through her collection of his major paintings, but through an early and sustained interest in his print making and drawing practices. The exhibition begins with works on paper and ends there as well,” said Leslie Cozzi, BMA Associate Curator of Prints, Drawings, and Photographs.

This exhibition is generously supported by The Pierre and Tana Matisse Foundation and the Richard C. von Hess Foundation. Additional support is provided by the Robert Lehman Foundation.