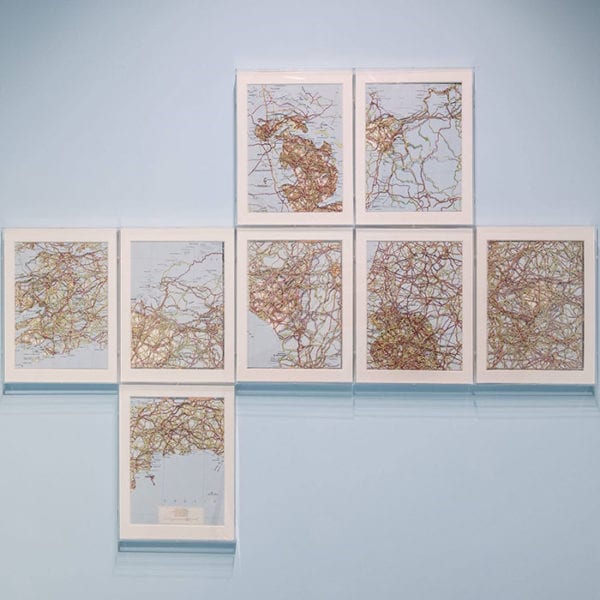 The Asian Arts & Culture Center (AA & CC) at Towson University and Maryland Institute College of Art (MICA) are proud to co-present Rootless Orchids, an exhibition exploring the challenges of shifting Taiwanese identity. The show opens at AA & CC’s Asian Arts Gallery (7700 Osler Dr., Room 2037, Towson, MD) on May 29th and runs through July 22nd. An opening reception will be held on Tuesday, May 29th from 6–8 pm, with a closing reception to follow on Sunday, July 22 from 5-7 pm.

Rootless Orchids features work by Taiwanese and Taiwanese-American artists focusing on shifting identities in the United States and East Asia. The U.S.-based artists share stories of assimilation and being the “other,” while those in Taiwan focus on issues of privilege and power in a rapidly changing pan-Asian culture. Curated by Fang Yu Lee, a candidate in MICA’s Curatorial Practice MFA program, the exhibit looks at transforming memories of immigration and notions of diaspora into microcosms of visual experience. The artists explore the issues of stateless identity in the postcolonial present, as well as diaspora, no- madism, and labor mobility. The artists seek to create a safe space within their exhibition in which Asian Americans and Pacific Islanders can freely talk about their experiences, and let their voices be heard.

The exhibition will display the work of four artists: Chiehsun Chiu, Yi-An Pan, Pei-Hsuan Wang, and Yin- Ju Chen. Yin-Ju Chen’s three-channel projection touches on state violence and government oppression from the late twentieth century, including the Nepalese Civil War and ethnic cleansing in Indonesia. Her work incorporates occultism and astrology to examine humans as objects influenced by larger forces — the larger forces often being the government or the unknown power from the universe.

Chiehsen Chiu’s blood vessels-like map configurations reflect how humans are changing along with their environment. With his unique medium of using maps, he traces the lineage of human cultural development and intertwines it with his personal understanding of the surrounding environment. The work reveals a correlation between globalization and a disintegration of place.

Pei-Hsuang Wang’s single-channel video and sculptures tackle the issue of refugees in Taiwan and Hong Kong. Filmed in Taiwan, Hong Kong, and Thailand. Moonlight Flit features a traveling English/Australian man, a former Thai domestic helper living in Hong Kong, a Bangladeshi asylum seeker in Hong Kong, and an Indonesian caretaker in Taiwan. Through unique elements of each diasporic individual’s story, the film follows the humbled movements of restless bodies across borders and regions and begins to imagine the possibilities of connections in labor and mobility.

Yi-An Pan’s primary medium is painting, but her inspirations are based on Google images. She sees her paintings as maps, a way to navigate, explore, and investigate how unfamiliar places become familiar and home-like. Her imagery reflects the changing landscape of Taiwan, as well as places in the U.S. that draw her interest. These are places that may not exist anymore due to development, alongside images of places in the U.S. that she finds intriguing. 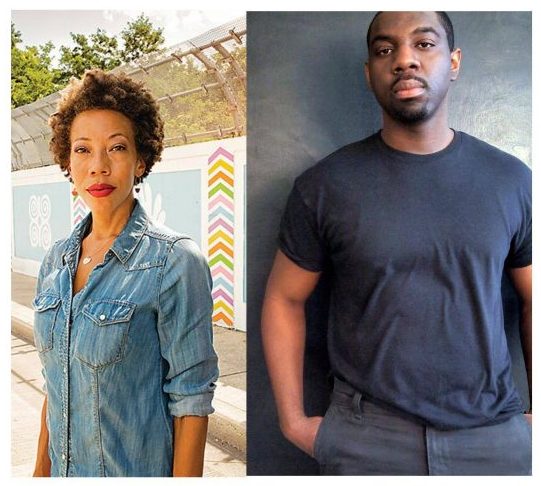 What do you want to say to Baltimore through art?

Born in Columbus, Georgia and now based in Baltimore, Amy Sherald is best known for her portrait paintings of figures who both reflect and see beyond their everyday circumstances.  Her work addresses social justice and the construction of individual identity in response to, or outside of, political and cultural expectations.  In 2016, Sherald was the first woman to win the Outwin Boochever Portrait Competition grand prize, and in 2017 she was commissioned by the Smithsonian’s National Portrait Gallery to paint the official portrait of former first lady Michelle Obama.  “What was missing that I wanted to see: different archetypes of self-satisfied people of color.”

Originally from Charleston, Stephen Towns is a mixed-media artist and muralist now based in Baltimore.  Towns draws much of his visual inspiration from Medieval altarpieces, impressionist paintings, and wax cloth prints. He says, “my work is in response to the issues that have plagued African-American culture–loss of ancestral roots, slavery, class, education, skin tone and religion. The portraits I create are not only glimpses of the sitters; they are also a reflection of myself and mirror my struggle to attain a sense of self-knowledge, self-worth and spirituality.”  Towns’ portraits invite and confront the viewer at once.  “They won’t let me go,” said one.   “I want to create beauty from the hardships in life.”

“I’m asked a lot about why I came to Baltimore, why this job, and why now,” says Chris Bedford, Director,  Baltimore Museum of Art. “When I was going through the recruitment process, I asked the chair of the search committee, ‘What do you want to say to Baltimore through art?’ Usually, when I ask something like this, nothing follows in response. But in this case, the board chair said, ‘I want the BMA to be the most dynamic, socially engaged museum in the U.S.’ . . . There’s a real willingness on the part of the museum to pursue that course, and on the other hand, an incredible appetite among you all for change on that scale.”

The VOICES Series invites contemporary voices to challenge and inform us: artists and authors, visionaries and thought leaders, advocates of change courageous enough to hold the loveliness and sorrow of the world at once and find the wonder in both. 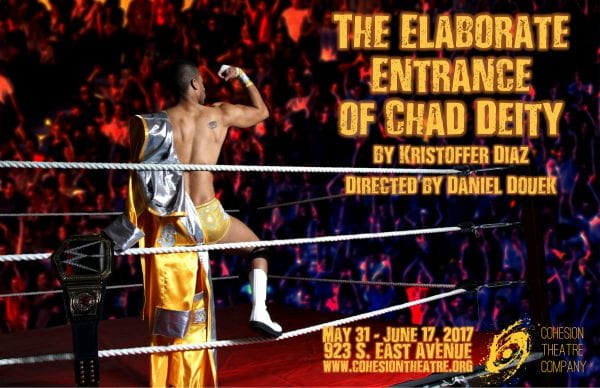 Cohesion Theatre Company is proud to announce the final mainstage production of their 2017/18 theatrical season, The Elaborate Entrance of Chad Deity, a rollicking romp through the nature of sports as performance and the heart of American identity. Directed by Daniel Douek, the play will feature professional-wrestling style stunts, costumes, and of course, kayfabe. The play was a finalist for 2010 Pulitzer Prize for Drama. The New York Times said “‘Chad Deity’ is punch drunk on the adrenaline, verbal as well as physical, it brings to presenting an illusion-based sport as the true American pastime.”

“The Elaborate Entrance of Chad Deity is a unique theatrical marvel,” said Assistant director  Jeff Miller. “It’s the perfect blend of the over-the-top spectacle that is professional wrestling and a relatable human story. Chad Deity deals with the topical world of entertainment politics, dealing with themes such as racism, staying true to your values versus chasing your dreams.”

A timely satire that probes that nature of cultural stereotypes in our collective consciousness, The Elaborate Entrance of Chad Deity follows Macedonio Guerra, also known as “Mace,” a Puerto Rican wrestler from the Bronx, who is constantly the “jobber,” or the fall guy in one of the biggest television wrestling companies in the country. As Mace travels through the ranks and to the top of the world of professional wrestling as entertainment, the audience is taken on a journey through notions of race, culture, xenophobia, and the American Dream.

“There has been some debate amongst the theatre community as whether or not professional wrestling constitutes a theatrical performance, but in our eyes, wrestling is one of the purest forms of theatre there is,” Miller said. “You have a clearly defined protagonist going mano a mano in a pre-determined battle against a clear antagonist. Many of the character types of famous wrestlers trace their roots back to the days of commedia dell’arte. The combat is exciting, spectacular, and in many cases, improvised, and we are so excited to be working with stage combatants who have training in the world of pro wrestling to get this cast in fighting shape. Whether our audiences have watched wrestling before or not, this show is a captivating night of theatre.”

Opening night for The Elaborate Entrance of Chad Deity is Thursday, May 31 at 8 pm. Following opening night the show will run Fridays and Saturdays at 8 pm and Sundays at 4 pm from May 31 through June 17, 2019. Tickets are $20 for Adults and $15 for students and seniors and can be purchased online at www.cohesiontheatre.org