Thomas Soldan is an experienced litigator who handles criminal defense and civil cases.

As the trials of six Baltimore police officers involved in the arrest and subsequent death of Freddie Gray continue to make their way into the courtroom, Officer Caesar Goodson, Jr.’s trial is slated to begin this week.

As acquitted officer Edward Nero did before him, Goodson has opted for a bench trial, and the proceedings are certain to attract significant attention in light of the fact that two of his fellow defendants’ matters ended in a mistrial and acquittal on all counts in recent months.

It has long been expected that the trial of Goodson would be the highest-profile of the six pending cases related to the April 2015 arrest of Gray, in light of the fact that he was the officer who actually drove the van in which the detainee was transported to the police station.

Once the van reached its destination, Gray had sustained a severe spinal injury which eventually resulted in his death. Allegations were rampant early on that Goodson had given Gray what is colloquially known as a “rough ride,” causing him to suffer life-threatening harm.

As a result of the events of that day, Goodson was charged with the most serious offense of the involved officers, that of depraved-heart murder. This second-degree felony allegation carries with it a potential maximum sentence of 30 years imprisonment. Goodson is also facing three manslaughter counts, charges of misconduct in office, reckless endangerment and second-degree assault.

Though some legal observers anticipated that Goodson would opt to have a jury hear his case, the defendant decided that Circuit Judge Barry Williams would alone decide his fate, a choice which ultimately proved beneficial for Nero.

Prosecutors suffered what could be a major defeat during a pre-trial hearing in this matter, in which Judge Williams ruled that they would not be permitted to present evidence that Gray alerted officers to the fact that he could not breathe while being transported in the van driven by Goodson.

This ruling weakens the State’s ability to make its case on the most serious charge of depraved-heart murder, as it undermines the position that Goodson knew Gray needed medical attention but simply turned a blind eye.

The prosecution will need to come up with other ways to make this particular argument, perhaps by using an assistant medical examiner’s report, which attributed Gray’s death to a homicide.

Observers expect that the State will delve into how this conclusion was reached, and whether it would have been different had van driver Goodson promptly sought medical assistance for Gray.

The severity of the charges facing Goodson and the fact that the prosecution has thus far failed to secure a guilty finding in either of the two prior trials make Goodson’s trial a particularly high stakes proposition for the State’s attorneys.

For some, the State’s lack of success is indicative of Baltimore City State’s Attorney Marilyn Mosby’s unfair rush to judgment in the immediate aftermath of Gray’s death.

These critics argue that the charges lodged against the officers were not based in fact, but were used as a means to tamp down widespread rioting that had gotten out of control.

Officer William Porter, whose initial trial ended with a declared mistrial, is set to be retried later this summer, with trials of the remaining three officers whose cases have yet to be heard also to follow. Precisely how influential the Goodson case and its outcome may be on the State’s tactics in prosecuting those cases are factors which remain to be seen. 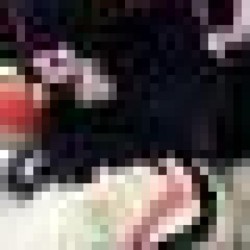