On the July opening day of this year’s strange and shortened baseball season, Clarence Haskett pulled out his phone and texted nearly 100 friends.

The group was “people that I’ve developed good relationships with over the years and see over and over again,” Haskett said. “I just hope everyone stays safe, so I can see them next year.”

Those friends surely appreciated getting a text from Haskett. But they probably would have preferred a cold beer.

Haskett, 61, is better known to legions of Orioles and Ravens fans as “Fancy Clancy” or “Clancy the Beer Man.” They cheer him on as he bounds up stadium steps carrying heavy buckets of brew, bending perilously over railings and striking muscular poses to serve his clients.

Haskett is one of scores of stadium workers and ancillary businesses who are sidelined by the year of the coronavirus, as players compete in empty stadiums with cutout figures propped in the front rows.

To stay fit, “I’ve been riding my bike weekly with a group of my friends,” he said, “as well as lifting weights at the gym sometimes,” explained Haskett. “When I’m training for the Orioles, I just do the basic stuff, bench press, biceps, train legs, whatever, it’s always been a regular part of my routine.”

The plight of beer vendors is far from the most consequential impact of the global pandemic, but it’s received some notice. The Buffalo Wild Wings chain launched an advertising campaign that in part laments what has happened to the vendor, with Clancy in a commercial.

“We drove down to Richmond, Virginia and filmed that; they ran it a couple weeks ago,
he said. Haskett was a featured personality to help kick off the campaign in Washington D.C. in July.

Haskett has been pouring beers for nearly a half-century and plans to continue once the pandemic is over. He earned the “Fancy Clancy” nickname early in his career.

“I tried pouring beer behind my head one day, then two beers behind my head and it worked,” he said in an interview with Baltimore Fishbowl. “Then a fan came up to me one day and said, ‘That’s fancy, Clancy’ and it stuck since.”

One of the best parts of the job may be the people he has met along the way inside the stadiums, such as Olympian and Baltimore native Michael Phelps.

“I was running up and down the aisles at Camden Yards one time and Michael Phelps was sitting right there and we had a good conversation,” Haskett said. “I’ve also run into Carmelo Anthony as well.”

The friendly vendor began working inside ballparks 46 years ago, at age 15. Haskett couldn’t legally sell alcohol at the time, so he peddled popcorn and other food at Memorial Stadium.

“I loved baseball, a buddy up the street worked at the stadium, so I went with him and started selling a lot of stuff besides alcohol when I was a lot younger and went from there,” said Haskett.

Ever since, he has treasured his experience inside Baltimore’s stadiums and says his favorite moment happened in 2014 at Camden Yards.

“When the Orioles won the division in 2014, Adam Jones dragged me onto the field and poured beer all over me and indulged me in the celebration,” explained Haskett.

Jones and Haskett’s relationship has endured. The two still talk, and Haskett hopes to travel to Japan, to see Jones – who signed with the Orix Buffaloes in December 2019 – play.

Haskett has watched his personal brand grow over the years. In fact, he’s now the CEO of Fancy Clancy Enterprises, and his most exciting experience, he said, was the unveiling of his beer – ‘Fancy Clancy Pilsner,’ brewed by Escutcheon Brewing Co., which is owned by a longtime customer.

“I didn’t think anyone would buy the beer,” he said. “But …. we did it and it’s been the most selling at his brewery ever since.” 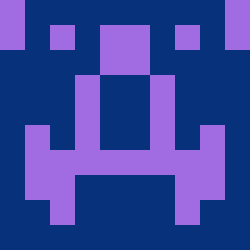