Patrick Barone is the principal attorney and founder of the Barone Defense Firm, which represents clients charged with a variety of criminal offenses.
In our criminal justice system, people who are arrested for relatively low level crimes are offered a way out – squeal on someone else. On the other hand, people looking at long prison terms from more serious crimes are sometimes offered a reduced sentence or better prison conditions for providing information leading to the conviction of others. This questionable practice has always been soused with shady information and testimony. It is nevertheless still quite common.

Just recently, the conviction in the 2009 Chandra Levy case was overturned. Ingmar Guandique was almost solely convicted based on testimony from a jailhouse informant that Guandique confessed to murdering Levy while in prison.

Guandique was acquitted when evidence surfaced that this informant, whose testimony was central to the conviction, was caught on tape saying that he had lied about the confession in exchange for reduced sentencing.

The legacy of the Levy case is causing consternation in courts across the U.S. when it comes to criminal informants. Most recently in Virginia the criminal informants who came forward in a capital murder case of a father charged in the drowning death of his son must undergo an examination of credibility as part of a nationwide movement to weigh the validity of testimonies by criminal informants.

Fairfax County Judge Randy Bellows, who is presiding over the case, has required prosecutors to hand in all the information they have on the criminal witnesses, including any requests made and received for better conditions or reduced sentencing in exchange for testifying.

The defendant, Joaquin Rams, was arrested and charged with a capital murder offense in 2012 when his 15-month-old son, Prince, died while in his care in Manassas City. Prosecutors say that he drowned his son to collect the life insurance policies that totaled $524,000.

There are four criminal informants who allegedly heard Rams confess to the crime while serving time with him in the Prince William prison. Prosecutors called for a grand jury in 2014 with extra witnesses and a capital murder charge that could mean a death sentence if Rams is convicted of murdering his son.

On October 20, 2012, Rams, who had visitation rights with his son on weekends, was watching Prince when an ambulance was called to the house after the toddler lost consciousness.

Emergency responders said that when they arrived at Rams’ apartment that day Prince was laid on the floor stripped of his clothes and wet. They could not revive him for 40 minutes. He was rushed to a Fairfax hospital and died a day later from what Virginia medical experts believe was a seizure. The infant had suffered with febrile seizures for months before his death, sometimes as many as four in a day.
There were three people with Rams at the house the day it happened: his younger half-brother Joaquin Jr. (age thirteen) and a married couple who shared the home. They claim that Rams did not drown his son.

However, the prosecution’s investigation suggests that Rams may have been motivated to murder his son to collect life insurance benefits of over half a million dollars because he was deep in debt and hoped to use the money from his son’s policy to solve those problems.
It would not be the first-time Rams collected life insurance after the death of a loved one. Though it was ruled a suicide, his mother, Alma Collins, died of suffocation at her home in 2008. Thereafter, Rams collected $162,000 from a life insurance policy.

Five years earlier, in 2003, Joaquin Jr.’s mother was shot dead in her apartment in Manassas City. Rams tried to get the $143,000 life insurance benefits but was not able to do so successfully. This suspicious murder was never solved.

The Rams trial involving the death of his infant son is scheduled to begin in February and last at least two months. Although clearly relevant, evidence of these prior deaths will never reach the jury. This is because the law considers it unfair to have evidence of this kind submitted to a jury deeming it “more prejudicial than probative.”

Without being able to include evidence of these prior deaths in Ram’s trial, the prosecution may be forced to base their case on the questionable testimony of criminal informants.

Only two of the four criminal informants testified in the grand jury held in 2014. Jose Reyes and Jamal Thompson were both in the Prince William prison with Rams. Reyes confessed to shooting and killing three people in Manassas, while Thompson had felony charges for having prostituted an underage girl.

Both were deemed unfit to appear in court for their trials, and their testimonies about how Rams allegedly killed his son differed. Reyes, who has a suffered head trauma and has delusions and auditory hallucinations, was especially unfit.

A third witness, Gavin Simms, had several felony charges dismissed because of his cooperation with the prosecution. Rams had filed complaints against both Thompson and Simms in the past, which suggests that these witnesses may also have another motive for testifying. The fourth informant, Aric Smith, chose not to testify in front of the grand jury.

Judge Bellows will do a thorough investigation on these informants before their testimonies will be accepted as evidence in the case considering what happened in Chandra Levy case earlier this year. The Levy case has given judges across the U.S. pause when considering testimonies by criminal informants like the four who have been presented in Rams’ trial.

In courts from Texas to Illinois to Washington state and now Virginia, judges are requiring “credibility” or “reliability” hearings to determine whether the informants are a trustworthy source of information or if they are biased because of the incentives offered to them for testifying—and even vendettas they may have against the defendants. 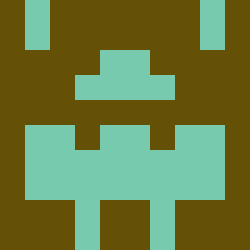