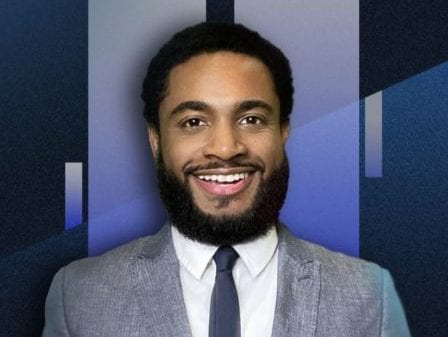 The fifth in a series of questionnaires answered by candidates for the Democratic nomination for mayor.

Yasaun Young is the founder of Past The Pond, Inc., a nonprofit organization that teaches swimming and water safety. He is also the author of “100 Questions to Spark A Personal Development Revolution.” Young earned his bachelor’s degree in biology at Morgan State University, and he earned his master’s degree in health and wellness coaching.

Post COVID-19, my administration will search for valuable federal and internal (state and city) resources to provide aid to impacted parties. We will also provide business coaching and financial management workshops/resources to ensure that all can benefit and rebuild from what has been depleted.

My particular plan for crime reigns supreme because it seeks to resolve criminal intent and the desire to commit a crime while employing existing law enforcement tactics. Within my crime plan includes but is not limited to aggressive research and input from professionals in legal, psychological and criminal fields, counseling for newly released offenders, and increased mental health awareness and treatment. Also, improving the aptitude, competency, and quality of law enforcement/legal professionals. Safety promotion initiatives/events will be implemented to equip citizens with as much empowerment as possible to encourage safety and establish safe reporting of criminal activity.

Simply stated, the numbers speak for themselves.

Transportation needs to be convenient, safe and efficient. Modeling our public transportation systems after high-functioning systems such as those found in New York and London should be a priority. Extending transportation throughout the city is a must to connect communities and increase opportunities to find valuable resources in immediate and surrounding areas.

My administration will ensure that opportunities for residents are plentiful, competitive and publicized. My goal of providing such will be through upholding transparency and support. Those main two factors will produce accessibility so that all residents can be aware of the many sources regarding job development, training and job availability. My administration will also consist of establishing on-going support in job placement/training programs before, during and after job acquisition to ensure success.

Such a support level will seek to foster adaptation and professional cohesion instead of expecting a person to perform at a high-capacity just because they are enrolled in continuing education or have acquired a position.

As stated in my literature, my goal is to create an equal, beautiful, safe and thriving Baltimore that is leading-edge. One strategy of mine is to provide transparency about what the city has to offer so that everyone can have the same level of accessibility as well as hear feedback about what is needed from residents.

I will also implement neighborhood beautification programs, incentives for clean and litter-free streets and regular ongoing town halls. These town halls will aim to tackle neighborhood development issues as well as successes. Within these town halls, plans for projects that contribute to a positive aesthetic and a leading-edge presence will be the focus while simultaneously planning to overcome any expressed challenges/barriers towards advancement.

7. The acquisition of Legg Mason by Franklin Resources Inc., and the merger of WillScott Corp. and Mobile Mini Inc., signal the end of two corporate headquarters in the city. While that may not mean much to a lot of citizens, the city’s big companies, as the Baltimore Sun editorial board noted, populated the boards of many city arts, education and charitable enterprises, and had been leaders in the business community. Should the city be concerned by these transactions? And what will your administration do to attract the next Legg Mason and keep it?

My administration will make sure that Baltimore is not only making things better but advancing them and becoming leading-edge—the theme of my campaign. Being a world traveler, I have encountered many desirable locations and attractions and know that Baltimore can house awe and appeal. Such an acquisition will rejuvenate tourism and keep residents in Baltimore instead of moving out. With a population well over 600,000, Baltimore needs to be leading in some thing. I will invite ideas from the public as well as advocate for new types of businesses/industries so that we are modern, innovative, and well-endowed to bring attraction and big businesses.

The city should push to maintain the integrity of the neighborhood and reduce the chances of long-term residents feeling taken advantage of, not supported or “kicked out.” Any established plans must be inclusive and neighborhood-serving. Also established should be that the surrounding communities benefit through such a venture through the creation of jobs, beautification, inclusion, and opportunities to be involved.

Because of such events, I have learned that ethics, bias, and compassion need to be a top priority in the revitalization of Baltimore. Such an event and the reaction from the residents is something to analyze and learn from—not repeat. Residents need to be happy and not subdued by lackluster efforts of city powers acting inadequately or exhibiting intolerance. Enforcement needs to be compassionate and ethical. No representative of the city or state should act in a way that feeds their personal biases, especially when that bias can endanger or harm another. Actions should reflect what is just and established to prevent such uprisings and inspire confidence in our city enforcement and leadership.