Peter Tragos is a Florida based attorney who specializes in criminal, personal injury, and medical malpractice.

According to statistics from Florida Highway Patrol, there were 99,000 hit-and-run crashes in the state last year, compared to 92,632 the previous year.

Orange County led Central Florida in the number of fatal hit-and-run crashes, moving up from third place from 2015. Out of the 31 fatal crashes in 2016, 21 of them occurred in Orange County.

Even more tragic, of the 21 drivers who fled the scene of the fatal crashes they were in, only five of those drivers have ever been located.

The increase in fatal hit-and-run accidents has prompted a new statewide awareness campaign which law enforcement hopes will keep those numbers from increasing. During the recent kick-off of the campaign, families of hit-and-run victims were invited to share their stories.

The family of Christopher Harvey described the grief of finding the young father’s body two days after he had been killed.

His sisters discovered his body on the shoulder of Shepard Road near State Road 50 in Bithlo. Five months later, the lack of any leads in finding who was responsible for their brother’s death only intensifies the family’s grief even more.

Other families shared their stories, including the wife of a man killed last April. Rasheed Wiggins was walking in a median near Destination Parkway and Universal Boulevard, at about 11:30 p.m., when he was hit by a car.

The impact flung his body into the road, and he was hit by two more vehicles. Of the three vehicles that hit him, two fled the scene and never been caught.

Since her husband’s death, Kim Wiggins has become a strong advocate for implementing changes to state laws regarding the expansion of Florida’s notification system when a hit-and-run crash occurs and making sure a description of the vehicle is spread quickly in order to help catch the driver who flees.

There are already similar laws in both California and Colorado. When there is an accident in which there is serious bodily harm or death, and the driver flees, state troopers use electronic message boards located throughout the states’ highways to alert other drivers of the incident, providing vehicle descriptions and license plate information, if available.

As of this writing, a bill has been introduced in the Florida Senate by State Sen. David Simmons. Wiggins is currently seeking a state representative to commit to sponsoring a companion bill in the Florida House. 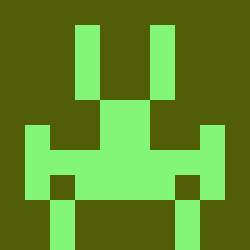