Today, for many of us, is a difficult day. Today, as I walk around shell-shocked, exhausted, I am looking for reasons to be hopeful. I don’t know what the future holds. But I have to try to believe in something.

And so I keep thinking about the two middle-aged-like-me women I sat next to on an airplane bound for San Francisco a few months ago. Strangers – I don’t even know their names – they are nonetheless providing me with some perspective.

Cozy in my window seat, seatbelt buckled, it was not my intention to eavesdrop as they began to chat. I had a good book and a new adventure on my mind. Nonetheless, their conversation drifted my way, and I found myself listening as I looked at the skyscape below.

The brunette on the aisle was leaving her two kids at home for the first time. Her elder child was 17, like my youngest. She was confident that her daughters could handle the responsibility. She had stocked the house with food. Family and neighbors were lined up in case of emergencies. No parties!

So she was telling herself. I smiled, thinking of my own reluctance to leave my teenagers unattended. They don’t have a chapter on the party years in What to Expect. “I trust her completely,” I heard her say as if assuring herself. Yes, I do too. But not always on Saturday nights. Still, there comes a time you have to let go.

The subject then moved to college. My ears pricked up – This is riveting stuff when you’re caught up in the process! The where, when, HOW of it all takes on a life of its own. I was tempted to dive in, compare notes. It was this parent’s first time, my third. “Your child will find their way, and so will you.” I wanted to tell her this.

The blonde in the center seat was a bit older than us, a grandmother to two little girls. She was on her way to see her daughter, who was in the midst of a painful separation. She had a one-way ticket and would stay however long she was needed.

I could hear the anguish in her voice as she spoke. When your child’s heart breaks, yours does too, whether that child is four, or 17, or 30. This mothering thing, it’s for life.

Up until the next moment, we had so much in common.

But then, that which should not be spoken of, ever, came up. Politics.

Didn’t these ladies know the rule? Maybe they thought since we were all seated on the same aisle, it was ok. The brunette began carefully, “I don’t know where you stand, but I really believe if Hillary Clinton is elected the world will end.”

And then the blonde, “I absolutely agree.”

My comfy window seat suddenly felt claustrophobic. I broke out in a sweat – or maybe it was a hot flash, or flush, or whatever it is that middle-aged ladies get. Flying from my blue state, where I am surrounded by like-minded people, this revelation came as an honest shock to me. I knew those feelings were out there, but I hadn’t heard them voiced by an actual person, sitting inches away.

I felt the absolute opposite to be true. If Donald Trump were elected, the world might actually end. But I wasn’t worried then. I fumed in my seat. I listened and dismissed the rhetoric. Me, and so many others.

Now this. The world hasn’t ended, even if it feels like it today to so many of us.

I’m tempted to demonize those women on the plane. But it won’t help. It will be more of the same. Instead, in order to move on, I have to go back to the moments before their conversation turned to politics and the moments afterward.

As we waited by the luggage carousel to gather our bags, two little girls ran to hug their grandmother. A mother and daughter took each other’s hands, tenderly. Another mother texted her kids. “I’ve arrived,” she may have typed. “Everything ok? I love you. Be good. Be safe.” It’s what I would write.

I have to try today to believe in the good things that we have in common. We are parents, children. We care about each other, and the future. We are Americans, all passengers on this plane called Democracy. Recently, it’s been one hell of a turbulent, nasty ride. I feel a bit like we’ve crashed. But we’ve got to pick up the pieces and move ahead. Somehow, someway, in the months and years ahead, we have to cross this great divide and find a safe place to land together.

‘Now We Are 50’ is proudly supported by AARP Maryland, helping those in the 50+ community and their families achieve their real possibilities.  AARP is a non-partisan organization. 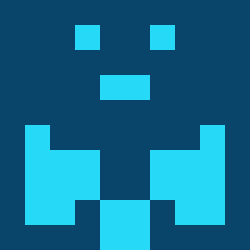