Baltimore County Executive Johnny Olszewski nominated Kelly Beckham Madigan to serve as the director for the newly created county Office of Ethics and Accountability on Thursday.

Established earlier this year, the office monitors other arms of county government to prevent fraud, abuse and wasteful spending. The office also functions independent of the county council and executive.

The office will have unrestricted access to all county records to root out fraud, a news release states, and will compile an annual report to document its investigations and progress.

“The people of Baltimore County deserve to have the utmost faith in their government and I’m committed creating an independent watchdog to ensure that residents can feel confident that their public officials are held to the highest standards,” she said in the statement.

Madigan’s appointment must be approved by the County Council. If given the green light, she will serve a five-year term and make $145,000 annually, county spokesman Sean Naron said. The office functions similarly to an inspector general’s.

The office will wield subpoena power and can investigate records across the county government, review ethics complaints and make direct recommendations to the county council and executive.

The hearing on Madigan’s appointment to her new role will likely come in January, though the date is still being determined, Naron said.

“Kelly brings a wealth of experience in litigation, deep professional integrity, and a passion for government accountability,” Olszewski said in the statement. “I’m confident that she will help ensure that our government is held to the highest standards.”

In her new role, Madigan will also serve as the executive director of the county’s Ethics Commission, a five-member committee that monitors financial disclosures and lobbying statements. 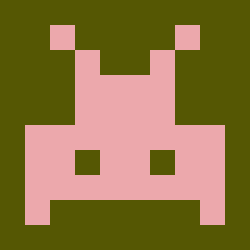