From the BBJ – City Councilman Brandon Scott answered the question on everyone’s mind these days: What’s the one thing that could happen now to change the way children’s lives are led in Baltimore?
To this question on MSNBC’s “Morning Joe” this month, he answered, “[If] we could have every child that’s on the waiting list for a mentor in the city get a volunteer [to] step up.”

Scott is a man in touch with the community he represents.

The root of the problem is complex — multitudes of disenfranchised, unemployed, uneducated, impoverished, and often fatherless youth. But one path to a brighter future for these youth is both clear and proven: mentoring — either one on one in the community by individual volunteers, at the workplace where companies partner with nearby schools or through faith communities.

There is indisputable research on the efficacy of mentoring in areas such as graduation rates, self-esteem, behavior, etc., even where the mentor-mentee contact is just once or twice each month. Researchers found that after 18 months of spending time with their Bigs (mentors), the Little Brothers and Little Sisters, compared to those children not in our program, were:

They also found that the “Littles” were more confident of their performance in schoolwork and getting along better with their families.

But the challenge is one of scale. Despite being one of the most effective and obvious ways to combat our city’s most pressing problem, it is startling how difficult it has been in recent years for our organization, Big Brothers Big Sisters of the Greater Chesapeake, and others to source funding from federal and state government agencies, to attract local companies to sign up for workplace mentoring programs in the communities where they operate and to find volunteers, particularly men, to be Big Brothers to the nearly 800 boys on our waiting list.

While we have seen a surge in the past week of volunteer inquiries, we may soon have a budget and staffing challenge to process the volume of interest given the rigorous background checking and matching that needs to take place before a volunteer actually becomes a Big Brother or Big Sister. It costs nearly a $1,000 per year to process and monitor to very high standards every one-to-one mentoring match we make.

My four and a half years as a Big Brother to a now-13-year-old boy has been among the most rewarding experiences of my life and has had a tremendous positive impact on our entire family. It also has been eye-opening on a number of fronts. Many of the seven locations where my “Little Brother” has lived since we met have taken me into neighborhoods where I had never been and which are, frankly, completely depressing.

How we as a community can stand by and tolerate the decay of neighborhoods and human spirit before our very eyes is remarkable, even if one’s only interest is in the economic well-being of the place we live. As Colin Powell used to say when promoting his organization, America’s Promise: As a taxpayer, the cost of providing financial support to organizations that assist at risk youth is significantly less than the cost of years of incarceration.

As a 25-year member of the Maryland business community, I challenge all business leaders to put mentoring at or near the top of their community priorities, either through direct financial support or by starting a corporate mentoring program to provide their employees with the direct opportunity to change the lives of at risk youth.

I can’t think of a better cause to address the root of our problems than a mentoring organization like Big Brothers Big Sisters and I urge elected officials at all levels of government, leaders of local companies large and small, and men and women looking for a rewarding way to make a difference in the lives that will shape the future of our city to contact our agency at www.biglittle.org.

David DiPietro is the chairman of the board of Big Brothers Big Sisters of the Greater Chesapeake. 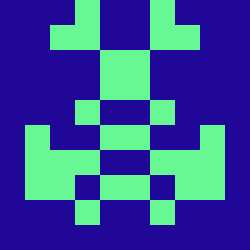