Earlier this week I heard about an estate sale that’s happening over the weekend, and since I don’t work on Fridays, I decided to drive north of Baltimore to find the house. 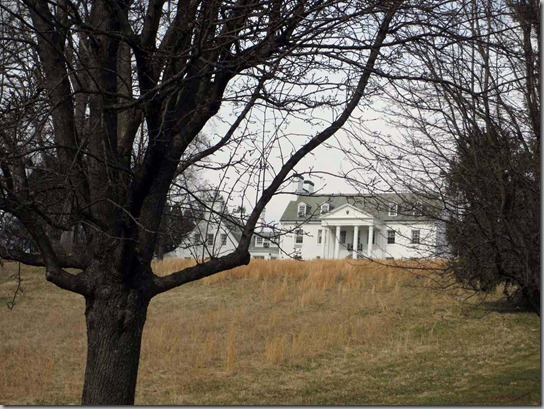 I always find it incredibly sad to see a place that had at one time been glorious, filled with parties and laughter, now so run down and pitiful. This is the case in this house. You can read a little bit about the house, and see some images of its former life here .

The house sits high on a hill overlooking the lush and serene Green Spring Valley, just north of Baltimore. As you drive up a winding drive to get to the house, you get a good idea of how massive and well-built the place is. 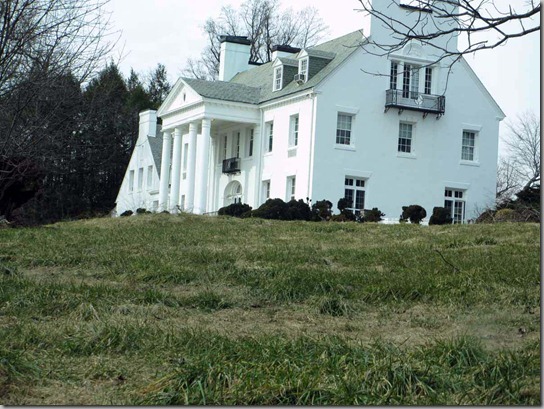 The overcast and gloomy weather did nothing for either the interior or the exterior, and everything was just flat and grey. In fact, some of my shots looked like I’d used a black and white filter to take them. 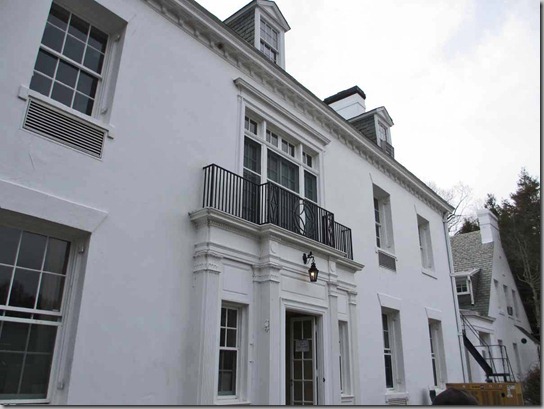 When I entered the house, there were flashes of the place it used to be. Beautiful wood and plasterwork, elegant fireplaces… 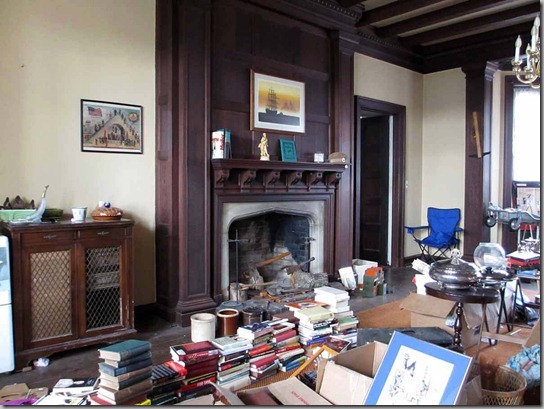 It’s solid as a rock, and many of the architectural details remain. In a nutshell, the house was built in 1900 by one of Teddy Roosevelt’s Rough Riders, and most recently, it was owned by a rather nefarious doctor who used it as a “pain” clinic, and was later stripped of his medical license. 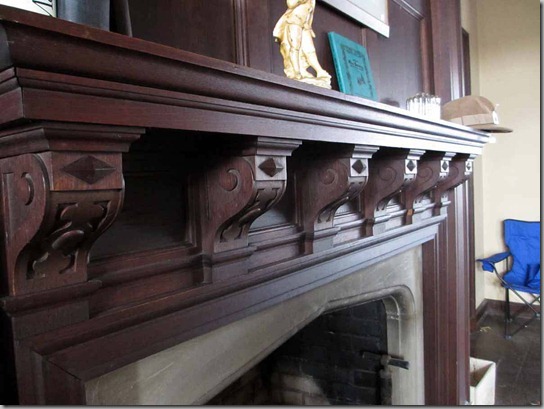 I wasn’t certain whether these walls were papered or painted, but the transition between scenery and paint was badly handled. 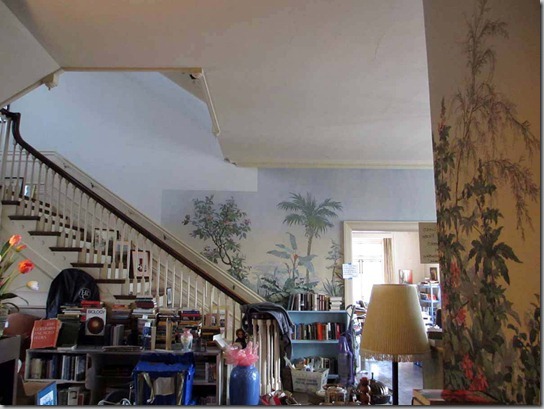 Even in the overcast, the rooms were bright, and their proportions were good. 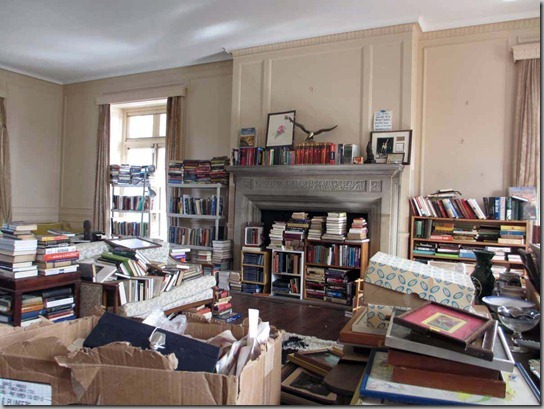 The details were beautiful. 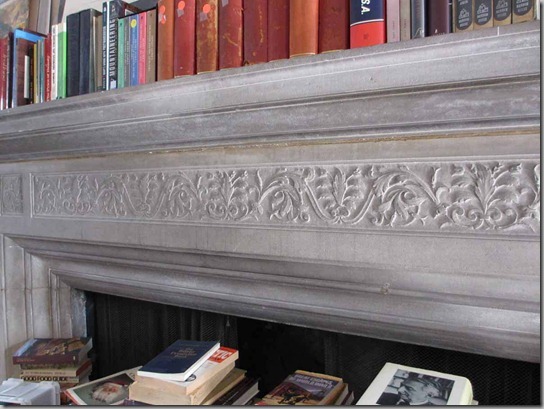 As I went up the sweeping staircase, I was struck by the solidness of the bannisters and railing and the good condition of the hardwood steps. 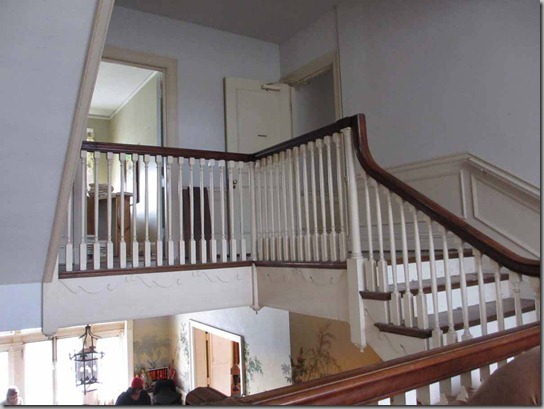 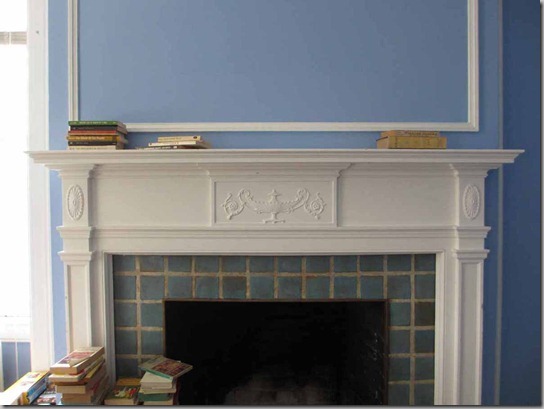 But there are also details that remind you of the former good life that the house lived.  The marble fireplace surround, 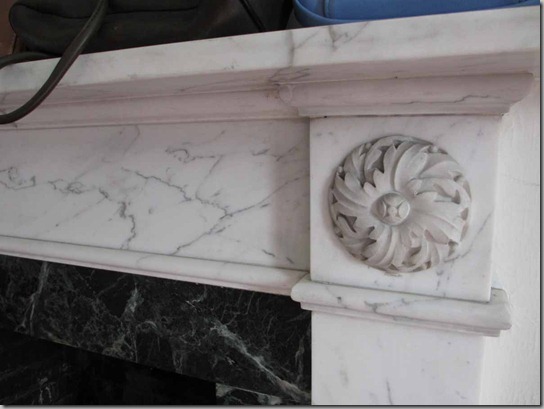 and the sweet sconce, one of only a few that weren’t ripped out. 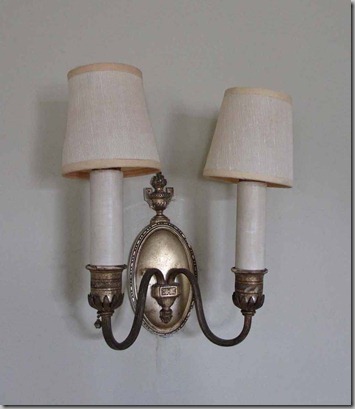 The en suite bathrooms still had their “non-mixer” sinks and tile walls and floors. And having grown up with sinks like these, where the hot and cold water taps don’t mix, let me just tell you that it’s a complete and utter pain! 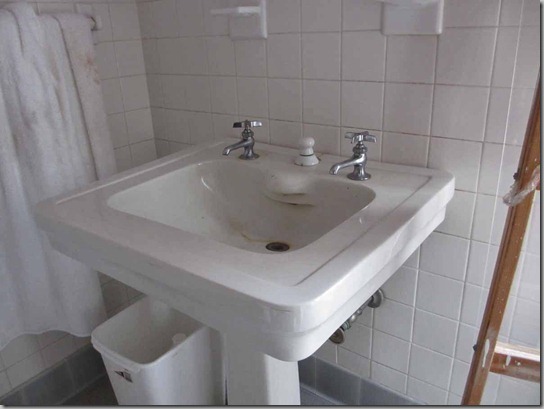 When I walked around the house, I was gutted about how the property had just gone to seed. The beautiful old boxwood were full of dead branches and had become overgrown. Boxwood need air to circulate between their branches or they become diseased. I walked around and pulled handfuls of boxwood branches (with permission) to try and thin them a bit. 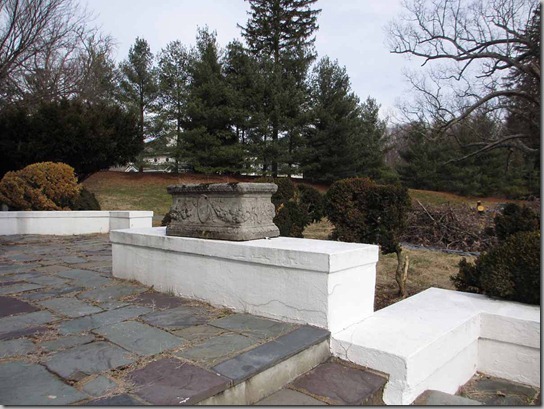 One of the most melancholy things I saw was an old wicker chair, slowly rotting on the formerly gracious front terrace. 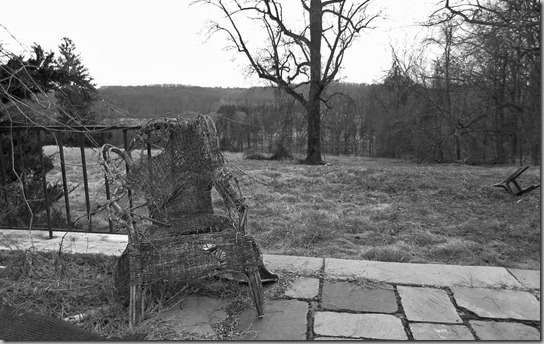 To me, the little chair epitomized what the house had become… a slight shadow of its former self. 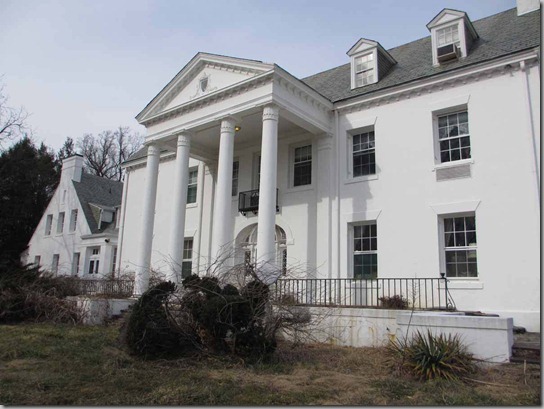 Oh, what did I get, you ask? Only two books.