I have been lucky enough to experience something special lately: On the one hand, the outside world has felt increasingly like a noose around my neck. But on the other, the universe has presented me with black women artists who remind me that I can fly.

It happened with Cardi B, who you see on your regular, degular phone right now on Instagram with curlers in her hair, or getting her makeup done with her grandmother’s cluttered refrigerator in the background. There is something very freeing about realizing that not only are you not perfect, but that you don’t have to be.

And it happened with Joy Postell, a woman who knows her own mind.

All three are women who are who they are, unapologetically.

“People have always been like, ‘You’re so bossy,’ and I’m like, ‘No, I’m not bossy. I just know what the f— I want,'” she says, sitting in R. House the day of the release of her first album, “Diaspora.” “I don’t want to be pushy, but I know how to apply pressure on it. Like, I will apply pressure.”

Postell speaks very directly, she looks you dead in the eyes when she talks.

“Diaspora” takes listeners on a trip through a place that Postell has meticulously designed. Her music reminds me of Solange and Erykah Badu: It’s dreamy and soulful but grounded in black girl realness. It feels like a stroll through black America from the ’70’s, ’80s and ’90s to now.

“I’m a musical theater kid,” she says, “so it’s just like I need to take you…” She pauses. “I want it to be like a visual audio. I want to take you somewhere, it’s not just like, ‘Oh, she just threw these songs together.'”

Shortly before the album’s release, Postell debuted a video for the first track, “Intro (Know Your Roots).” “Introducing a brand new hair product you can’t resist,” a man’s voice intones. The camera shows us Joy’s face; her close-cropped hair, her elaborately stitched pink dress and a jar of blue grease in her manicured hand. If you are a certain type of black girl, you can smell the grease. You can maybe feel yourself between your mom’s or aunt’s knees, as she smooths it between the parts in your scalp. “Consisting of five grams of freedom, a dash of liberation, and to top it off: some knowledge of self,” the man says.

“I grew up seeing black hair ads,” Postell tells me. “Being black, you get your hair done for half your life. And I just wanted to pay homage to black American culture specifically, because there’s a difference between being black American and black Caribbean and black African.”

That’s where she got the name of the album. The word diaspora can stretch from here in Baltimore all the way across the globe, and envelop black people living life all over the planet, but Postell said she wanted to talk about her own experience. Sometimes when black people write and sing about black things, people want to put them in a box. They are “conscious,” so they have to wear dashikis and ankhs. Postell says that is not her.

“I’m not about to sit up here and pretend like I know what Africa’s like because I’ve never been there. I’ve got to rock my Air Force Ones and have my hair done and my nails done nice because that’s what I was raised up seeing. That’s my swagger. It was about staying true to myself,” she says.

Postell says that “Diaspora” was years in the making, but never without a singular vision. She wrote track six, “HYD,” on a rooftop in L.A. four years ago.

She said she found the inspiration for the beat on YouTube, wrote the melody and took that to a producer friend.

“He was like, ‘I’ve never had somebody just come in and know what they want.’ I was like, ‘Well, I knew what I wanted. I’m not in here to geek around.'”

After that, she recorded a freestyle that she would develop over time into the album’s fifth track, “Seattle.”

“When I was on tour with [Baltimore musician] Abdu [Ali] in like 2016, that’s when I wrote a second verse to it. So really this has unfolded. It’s just like maybe half the song is written and then I write the other half whenever the hell it comes along. I don’t really force anything because it doesn’t feel right.”

To celebrate “Diaspora,” Postell is headlining a Nov. 23  concert at Ottobar, with Soduh, Butch Dawson, Bobbi Rush and Al Rogers Jr. all scheduled to perform. She says it’s her chance to show off her fully formed self.

“It’s really important for me, to present myself as kind of like a coming out,” she says. “I know y’all saw me at the Crown and it wasn’t put together… but now y’all about to see me put together, and you’re about to see this complete.” 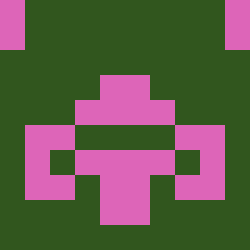