From Pressbox – Tim Holley knew longtime Loyola Blakefield basketball head coach Jerry Savage for a long time. Holley played for Gilman during the mid-1970s and was well aware of Savage, a legend amongst private schools, even back then.

But then, when Holley took over as the varsity head coach at Gilman in the late 1980s, and later became the athletic director, he became more involved with Savage. It was during that time he came to greatly respect what the long-time Loyola coach and athletic director, who died at the age of 77 May 23, was all about.

“He was a revered coach when I [was a player],” Holley said. “What I found out later, as an adult, is that he was just a wonderful gentleman. He genuinely cared about his kids, his colleagues. I can tell you with all honesty that he was one of the finest individuals.”

That’s what most who dealt with Savage felt. He posted a 607-457 record while guiding the Dons from 1968-2003. In addition, Savage’s teams won five Baltimore Catholic League tournament titles — a league he helped create in 1972 — along with one Maryland Interscholastic Athletic Association A Conference championship. The school paid tribute to Savage Jan. 19, 2014 by naming its basketball court the “Jerry Savage Court.” 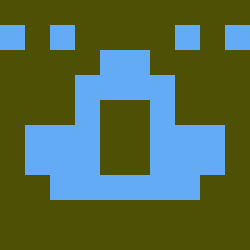