The Maryland Hunt Cup, April 30, 2016. This world renowned timber race has been a Maryland tradition—a rite of spring— for over 100 years: one race, precisely at 4:00 pm, sumptuous tailgates, fancy clothes, held in the rolling hills of the Worthington Valley, with close up views of the nation’s top thoroughbred steeplechase horses. Revered for generations, we can depend that this event at least never changes.

Ah, but it does and has. The first race went off in 1894 and for the next eight years, riders were limited to members of the Elkridge and Green Spring Hunt Clubs. Then members of other foxhunting clubs were invited to join in the fun, subsequently opened to all amateur riders. Amateur riders, however, meant male, aka “gentlemen” riders. It took 77 years before Kathy Kusner was permitted to ride in a Maryland Hunt Cup in 1971, and it was 1980 before Joy Slater became the second woman to ride and the first to win the race. Today men and women compete on a totally equal footing if either can meet the challenge over 4 miles and 22 immovable wooden fences. Since 1980 six women have won the race, three of them twice.

Also for the initial three decades the race was held in a variety of places “over natural hunting country” from Long Green to Hampton to the Green Spring Valley, before moving in 1922 to the very same, surveyed course over which the race is run today.

In addition the singular prize to the winner of the Maryland Hunt Cup from 1898 to 1972 was the coveted sterling silver tankard still presented today on the top of an old hay wagon. The first money purse, after heated controversy statewide, was $6000, to be parceled out among the first four finishers.

Any changes since that time? You bet, and 2016 is no exception. The purse this year has been increased to $100,000. Further, the race has been recognized by the Royal Ascot Races in England with a silver trophy to be presented for the first time to the trainer of the winning horse.

And there is ample proof that the Maryland Hunt Cup tradition is far from finished. A record thirty horses have been nominated to participate in this year’s 120th running:

Come view this extraordinary sporting event and join the party.

Parking tickets must be purchased in advance. For further information, see www.marylandhuntcup.com. 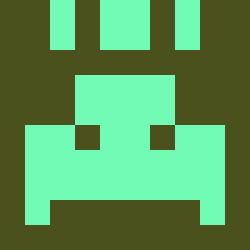