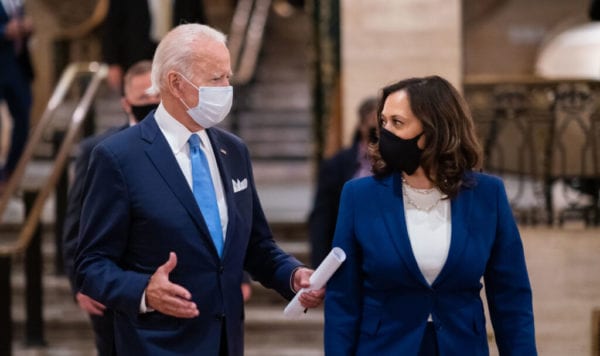 Women in the state overwhelmingly support Biden, 62% will vote for him, and 30% for Trump, a two-to-one margin. Fifty-four percent of men support Biden. The old and the young also favor Biden, with over 50 percent of their votes going to the former vice president. Eighty-five percent of Blacks in Maryland will cast a vote for Biden-Harris. The vote is a little more evenly split among whites, with 48% voting for Biden and 42% voting for Trump. 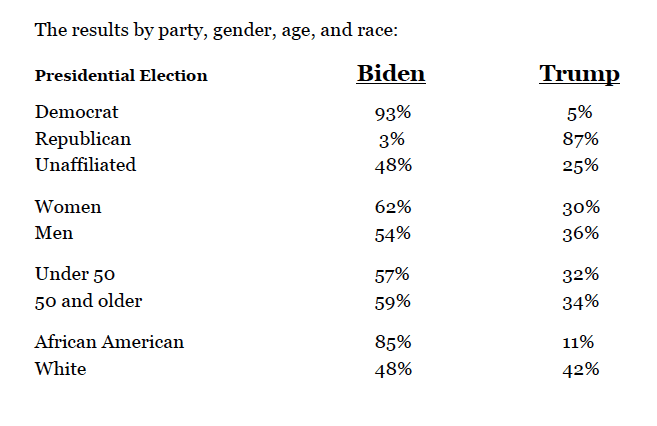 Broken down by regions in the state, the Washington D.C. metropolitan area gives Biden the most support, with 71 percent of the vote. Baltimore metro gives Biden 56% of its votes, while rural areas in Western Maryland and along the Eastern Shore favor Trump, 49% for the president, and 41% for Biden. 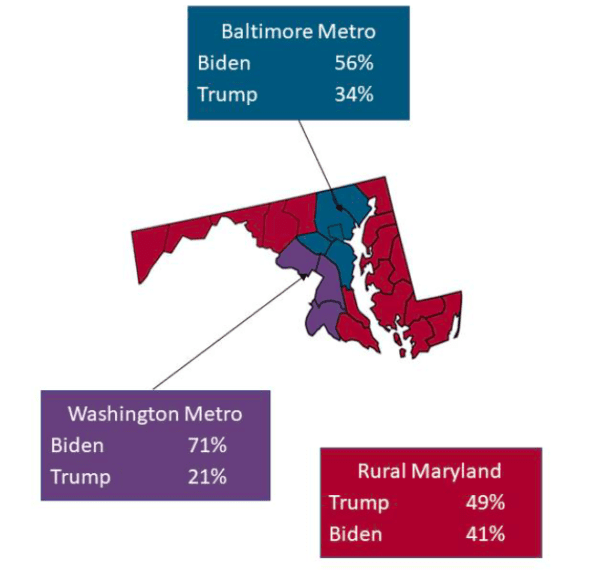 The favorability of the candidates falls in line with the vote. Overall, voters view Biden and Harris more favorably than Trump and Pence.

In the same survey, pollsters asked respondents about their attitudes regarding the coronavirus. Their responses fell along party lines, with 82% of Democrats saying they worry about the virus and only 36% of Republicans reporting the same concern. Overall, 64% of Marylanders are worried about becoming very sick from the virus, while 36% are not worried.

Fifty-seven percent of respondents say they do not feel comfortable returning to their normal routine under current conditions.

Despite their worries, Marylanders continue to give high marks to Governor Larry Hogan for his handling of the pandemic. Seventy-seven percent say his management of the outbreak is either excellent or good, and only 17% characterize it as fair or poor.  Nearly 60% of Marylanders think the state is headed in the right direction.

A total of 820 registered voters in Maryland, who indicated that they are likely to vote in the 2020 general election, responded to the poll in live telephone interviews on both landlines and cell phones.

The margin of error is a range of plus or minus 3.5 percentage points.