Though we met in New Hampshire, ours is a Baltimore love story. We started dating up north, but it just so happened that he was moving back to his hometown Baltimore, while I, a recent and idealistic college grad, was heading to DC to try to make my mark in politics. We decided to keep things going. Two years and a lot of MARC trains later, I realized I wanted to give journalism – and Charm City – a try. I’ve spent the last four years falling more in love with this town – and my now-husband – than I ever thought possible.

Baltimore sheltered both of us while we pursued our dreams. The rich arts scene and low rents helped him guide his band, Lower Dens, to a level of success few achieve in the music world. I started working as the producer for The Marc Steiner Show, steeping myself in Baltimore’s culture and politics, while in my off-hours I participated in the city’s underground theatre community.

When we traveled to New Hampshire in early September to get married after six years together, more than 50 of our Baltimore friends made the trek to be there with us.

I’ve been married for only two months, but I’ve already found that as one older friend advised me, “somehow, indefinably, it changes things.” For me one of the best parts is that now that I can call him my husband, people seem instinctively to understand some of the tremendous friendship and love and trust and history that marks our relationship. But of course there are more worldly benefits as well – for example, he now can get health insurance through my Fulbright fellowship, a serious concern of ours because his Type 1 diabetes requires insulin for which the out-of-pocket cost would quickly throw our new household into the red.

I feel the blessing of these privileges very, very keenly. Because before my Baltimore love story, I had only ever been in love with women. I had accepted that I might never get to enjoy the benefits – logistical and symbolic – that marriage confers.

Deciding to marry was complicated for me. Many straight friends speak of the pain of marrying knowing that gay friends and family can’t. On top of that I wondered how I could in good conscience take advantage of rights that my younger self had no right to. I am the same. At its core, my love is the same. Why am I treated so differently?

We ultimately decided that our marriage could serve as an affirmation of our commitment to equality. New Hampshire is a state that recognizes equal marriage rights, and so with tremendous happiness we exchanged vows in the mountains where we met.

I am so proud that my adopted home state of Maryland has just made a similar commitment to love and equality. With gratitude for my new partnership and joy in my heart, I offer my thanks to the voters who have given everyone in Baltimore – and the state – a chance to have a love story like mine. 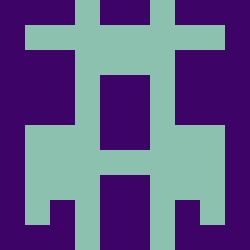