A strong presence, a charismatic tone, and some forward thinking:  all phrases to describe the atmosphere at Johns Hopkins University Wednesday night, where Retired U.S. Army General Stanley McChrystal spoke about perspectives, relationships, and America’s future.

Born into a military family, Gen. McChrystal served for 30+ years in the Army, most recently as the Commander of US/ISAF forces in Afghanistan.  But after the publication of a controversial Rolling Stone article, McChrystal had to tender his resignation.  Since then, the general has led a busy life, publishing his memoirs, serving on the boards of JetBlue, Navistar, and even an Obama military initiative.

McChrystal’s speech at Hopkins started with the recount of a distant, seemingly innocuous recent event: the 2010 immolation of a fruit-cart vendor in the Middle East.  But as the world fatefully discovered, that one immolation sparked a fire that would eventually lead Tunisia, Libya, Egypt, and Syria into revolution.  In a rapidly communicating and changing world, McChrystal argued, even small events can have huge impacts on their surroundings.

Gen. McChrystal also stressed the importance of looking at an issue from the other perspective.  Narrating from his own experience in Afghanistan, he told a story of building a school for tribal children.  Since there were two tribes three kilometers apart in the same region, the U.S. Army thought it would be best to build one school one and a half kilometers away from each tribe.

As the school was nearing completion, it was bombed and destroyed.  The culprit?  Shockingly, not the Taliban, not insurgents, but the tribal members themselves.  Apparently, the tribes had a somewhat inexplicable, but vehement centuries-old hatred of each other.  Neither would allow their children to go to school with the “other tribe.”  As it turned out, the Army had been forewarned about the tribes’ animosity towards each other, but had chosen to ignore it without considering the tribes’ point of view.

In the latter part of his speech, McChrystal mentioned that the U.S. had a disproportionately large 45% of the world’s GDP in 1945.  However, that percentage decreased to 30.8% by 2000, and is projected to be only 22% by 2030.  As a result, McChrystal argued, the United States will have to learn to cooperate more with other countries, particularly those with rising economies.

His final point stressed the newly discovered trend of countries boosting their economic power through substantially improved education systems.  This is significant to bear in mind because the U.S. education system, now ranked 17th and far behind the likes of Finland and South Korea, faces increasing pressure to keep competitive in today’s world. 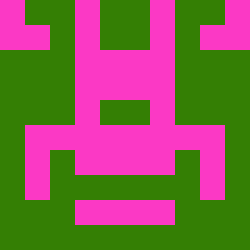