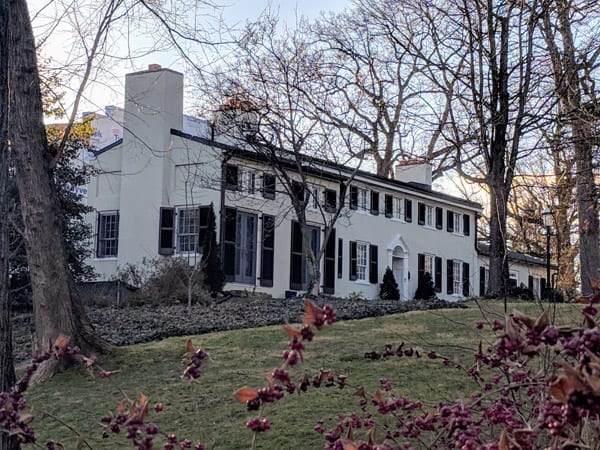 When Brian Hammock and his wife found out in 2014 that their family would grow from two children to three, the couple knew they’d be needing a little more space than the 1,500-square-foot Lake Evesham home they had lived in for seven years. The family considered moving out of the city, but after some searching they found the perfect upgrade  — a larger, 2,200 square foot home just a mile south in the historic Homeland neighborhood.

“We felt like we could get a home that really had some character at a better price than outside of the city,” Hammock said. “You just can’t find 22-inch stone walls anywhere else.”

Staying in the city would allow Hammock, now the Homeland Association president, to keep his short commute to Downtown. Additionally, the North Baltimore area felt familiar, he said. However, what really drew the family to Homeland was the variety of architecture and the community feel.

Though his day job at CSX takes him all over Baltimore City, Hammock said he enjoys returning to a place where neighbors greet each other as they walk past. Residents enjoy planning a plethora of community events together, including an annual picnic, caroling around the neighborhood lakes during the holiday season, movie nights and an annual Halloween parade where the youngest Homeland residents get to show off their costumes.

“Homeland was designed to be a place where families come together,” he said. “It’s still like that to this very day.” 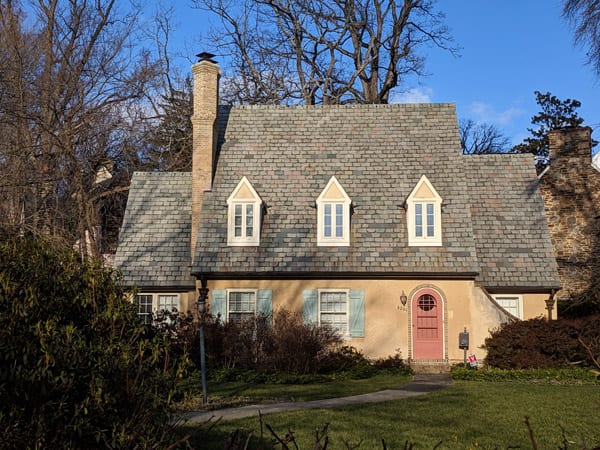 The neighborhood, currently known as Homeland, was originally a working farm until it was acquired by the Roland Park Company in 1924. Though the original farm home was torn down some time ago, the historic 1790’s caretaker house for the property still stands — with some modern additions — on Upnor Avenue.

The Roland Park Company hired the Olmsted Brothers Company, popular landscape architects at the time, to survey, lay out and set design principles for the community, many of which are still in place today. Large homes with slate roofs and equally large setbacks are laid out among winding roads and lanes dotted with green spaces and small lakes. 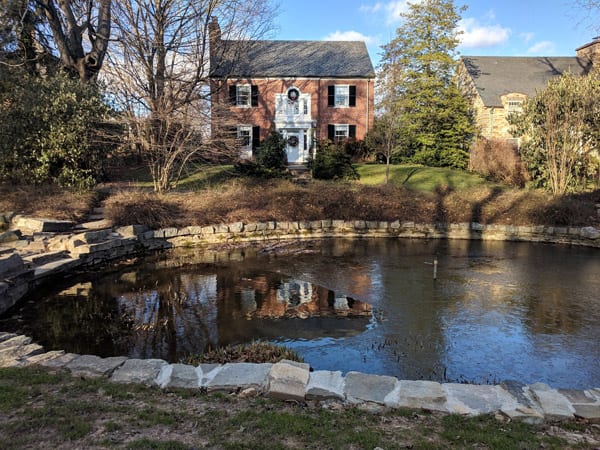 The firm sold land to families and offered the ability to design homes to order with the help of various architects. Despite having a suburban feel, no two homes are quite the same.

“What drives most people’s decision to move to the neighborhood is definitely how close we are to Downtown and the urban core, the community feel and the homes,” Hammock added.

The variety of housing styles and architectural significance is what drew Susan and Glenn Carey to the neighborhood in 1997. The longtime residents enjoy spending time fixing up their Middleton Court home with new moldings, interior painting and other home improvement projects.

“One of the many reasons we bought the house was to work on it on the inside,” Susan Carey said.

The location is also central to the cultural spots the Careys enjoy throughout Baltimore City and convenient to Susan Carey’s office at the University of Maryland Medical Center. The Careys enjoy greeting neighbors while walking their 13-year-old lab Sully and participating in monthly wine socials and book clubs.

“It’s so conveniently located,” Susan Carey said of her community. “The neighborhood is landscaped beautifully and neighbors really care about their homes.” 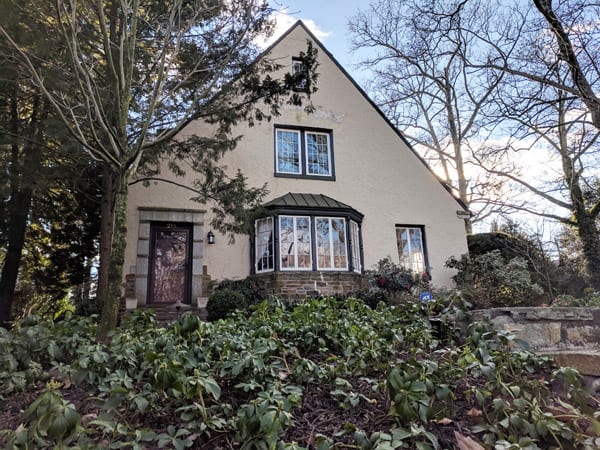 The community, which is tucked away between Charles Street and York Road in North Baltimore, is mostly residential. But neighbors, like Carey, enjoy the business district the York Road corridor offers close by.

The area boasts access to restaurants and retail, including Belvedere Square Market, vintage stores and Full Tilt Brewing which opened in December 2018 into a 6,100 square-foot space in B-More Kitchen.

Cousins and co-owners Nick Fertig and Dan Baumiller founded the company in 2012 brewing out of Peabody Heights in Abell. The new facility, complete with a production facility and taproom, will allow them to brew small-batch special releases that will be exclusive to their new location.

“We can’t wait to show people the ideas we have for beer that we haven’t been able to do for the past six years,” Fertig said.

If you want to explore the neighborhood and meet neighbors from this part of the city, join the Live Baltimore team at our next happy hour. The event will be held from 5 to 8 p.m. on Feb. 8 at Full Tilt Brewing in the Homeland neighborhood. A $10 ticket will get you a pint glass to take home, your first beer and the chance to meet other city lovers. To get your ticket visit www.LiveBaltimore.com/events.