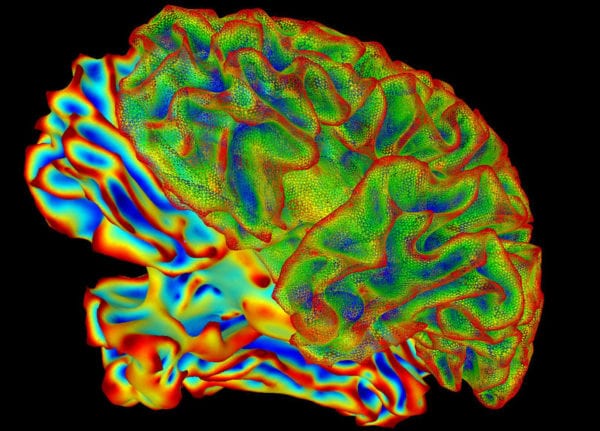 The science journal Neuron published a paper in July on the underrepresentation of African Americans in brain research, specifically in genomic studies that inform the emerging field of personalized medicine.

One of the paper’s authors is Dr. Daniel Weinberger, director of the Lieber Institute for Brain Development, a nonprofit located on the Johns Hopkins medical campus.

“The paper is really a statement about how much communities of color have been missing from this dramatic new revolution in biomedicine,” he said.

But the paper says that some of the nation’s largest genome-wide association studies on disorders like Alzheimer’s, autism and schizophrenia do not include any subjects of African ancestry, even when they include over a million subjects.

That exclusion means African American patients may not be getting suitable medical treatment.

Dr. Kafui Dzirasa, a psychiatrist at Duke University, said he did not know the extent to which Black subjects are missing from genomic studies before working on the paper. He studies the way genetics affects mental illness.

“There’s a profound difference when one is not included at all – in other words, excluded,” he said.

Dzirasa, who is African American, said mental illness has affected his family across generations.

“Here I was spending hours in the lab trying to come up with cures that may not apply to my family members,” he said.

“We’re talking about the research base that helps us understand certain types of health disparities that may exist in our communities,” she said. “But we understand that that research base really doesn’t include information about people who look like us: Brown, and Black people.”

She also called for greater diversity in the researchers conducting studies.

“When you have people from different backgrounds, working on scientific discoveries, then we know that’s when we push the boundaries of those discoveries,” she said.