John Yannone is a partner at Price Benowitz LLP, a personal injury and medical practice law firm in Maryland, DC, and Virginia.

Last week, a Fred. Olsen cruise liner originating in England was forced to dock in Baltimore due to a serious norovirus outbreak which caused over 100 of its passengers and crew members to become alarmingly ill.

Just two days into the Balmoral’s trip from its English port, an extremely contagious strain of the sickness made its way through the ship, forcing immediate action on the part of cruise staff and administration.

Once passengers on board the ship started complaining of typical symptoms of norovirus, such as nausea, vomiting and abdominal discomfort, it was decided that the vessel would not make a scheduled visit to Bermuda. Soon after, officials from the Centers for Disease Control and Prevention arrived to conduct testing and confirm that norovirus was in fact the culprit.

Though passengers on the Balmoral reported that the Fred. Olsen cruise line emphasized cleanliness protocols to all passengers and crew, it is thought that some on board simply failed to follow proper procedures, ultimately causing the virus to spread. Norovirus is a readily transferable illness, acquired by ingesting contaminated food or drink or from coming into contact with surfaces contaminated by the virus.

Illnesses of this type are especially prevalent where sizable groups are housed in small areas, with nursing facilities, dormitories and cruise ships being particularly susceptible to outbreaks.

After the ship’s initial quarantine in Norfolk, the ship traveled to Baltimore, where unaffected passengers embarked on a sightseeing trip to Washington, DC. Passengers who had fallen ill were confined to their cabins while aggressive disinfection work was completed. The good news for sickened passengers is that norovirus generally makes its way through the body within 24-48 hours.

According to established legal precedent, cruise line operators are under a duty to provide a reasonable level of care to the passengers on board their vessels. In a case such as this one, the key inquiry is whether or not Fred. Olsen crew and management did in fact adhere to all reasonable protocols and safeguards in order to stop an outbreak of this nature from occurring.

To determine whether a cruise line met its duty to passengers, it is necessary to examine whether on-board hygiene protocols were sufficient, whether restrooms were cleaned and sanitized as necessary and whether food handlers followed all appropriate safety requirements.

Furthermore, it is important to establish whether or not the cruise ship’s crew members initiated a prompt and thorough response as soon as the outbreak became apparent, including immediate disinfection efforts, quarantine enforcement and making informed decisions about the wisdom of making scheduled stops or continuing on with the journey.

The duty to passengers of a ship is one of the oldest kinds of legal duties on record, and although it has evolved significantly over the years, the underlying principles are the same.

When out at sea, it is important for crew to maintain the safety and seaworthiness of a vessel. And because of the close confines of passengers and crew, illness can be a danger to all on board. 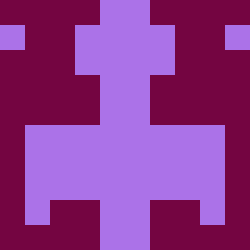