As a member of the Baltimore band Horse Lords, saxophonist and composer Andrew Bernstein hopes to bridge the gap between the experimental and approachable.

The group, which also features guitarist Owen Gardner, bassist Max Eilbacher and drummer Sam Haberman, has been lauded for drawing from worldly influences to create complex and adventurous rock music couched in a comforting familiarity.

“I consider us an experimental band, but because we’re a rock band it’s more approachable to people,” Bernstein said during a recent interview at Zeke’s Coffee. He joked, “We trick people into dancing to 7/5 polyrhythms.”

Bernstein hopes his first solo album, “An Exploded View of Time,” released last month through Chicago-based label Hausu Mountain, is similarly accessible. For Bernstein, what people consider to be avant-garde draws from anti-elitism of punk, defying expectations and traditions.

“I definitely draw a lot on the energy of punk and that ethos in some ways, and I think avant-garde music does too,” Bernstein says.

As far as albums go, this is a short one; only seven tracks, clocking in at around 35 minutes. Bernstein’s saxophone is entirely alone, without any electronic aids—save for one resonance program that Bernstein himself created—and with limited post-production.

One can hear not only the composition—guided by large droning sax, supported by smaller notes and subtle shifts—but also Bernstein’s breath (“Pressure Wave Meditations I–XXIII”) and the key clicks on his instrument (“Deus Ex Machina” and “Round Up”).

True to its title, the album somehow turns brevity into infinity, a distortion achieved through Bernstein’s talented instrumentation, as well as arrangements that offer the illusion of simplicity while slowly revealing a song’s complicated workings.

Bernstein says he’s drawn to that minimalist style through drone and other unadorned styles of music.

“Music can shift your perception of time, which has always been really compelling for me, and I feel like that music does it well,” Bernstein explains.

His goal of “breaking the music down into smaller, more fundamental parts,” gives the songs an intimidating density. As the listener’s focus shifts from the notes to the key clicks or breathing, they notice different tempos and time scales.

He sees parallels between the compositions and the world “being a complicated place and being difficult to take stock of in a totality.”

“Grand narratives don’t really do justice to the complicatedness of experience,” Bernstein says.

A native of Connecticut, Bernstein didn’t start playing saxophone until he was in college at Goucher University, having previously played clarinet, percussion and guitar. At Goucher, he studied electronic music, which would later be a foundation for his creative output.

Gardner, Eilbacher and Bernstein, along with Andrew Burt, Kate Levitt, Greg Fox, Greg St. Pierre, Justin Frye and Grace Bedwell, formed Teeth Mountain in 2007. The band was a fluctuating collection of individuals, playing something that kind of defies definition but was, like Horse Lords, comforting in its differences.

After the band ended, Gardner, Eilbacher and Bernstein went on to form Horse Lords in 2010.

Bernstein’s interest in saxophone was and continues to be tied to his background in electronic music.

“My saxophone playing was very much influenced by that kind of stuff—sequencers and wanting to emulate long drones,” Bernstein says.

That connection is strengthened by Bernstein’s use of circular breathing, which allows for continuous notes to emulate droning electronic production. On “An Exploded View of Time,” the value of this technique is most clearly expressed in the first two tracks, “Vesica Piscis” and “Boogie Woogie Phase.” Both songs are a solid construction of long, drawn-out notes, from which sharp drones grow.

Asked about the transition between electronic music and saxophone, Bernstein expressed some frustration with the occasional coldness of electronic production.

“I’ve come to really love playing saxophone,” Bernstein says. “I love the physicality of it.” For him, the instrument offers an “expressive control” the computer or synthesizer could sometimes lack.

Beyond his work as a performer and composer, Bernstein is also an educator—he is the director of the Digital Arts M.A. and Arts and Technology MFA programs at Goucher—and a member of the High Zero Foundation, a Baltimore-based organization celebrating improvisation across artistic disciplines.

Improvisation is an important part of Bernstein’s music; he says that the compositions of “An Exploded View of Time” are designed in a way that encourages tweaking. As such, his forthcoming album release show at 2640 Space, on Oct. 25, will not be a straightforward rendition of the album.

“I have these pieces to play, and within them there’s variation and you can find new places to explore.” 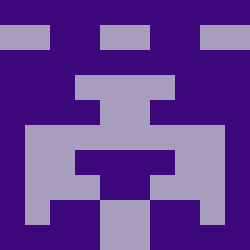