It’s always been a bit distressing to me to know that all of the fascinating things I find in the MedChi archives just disappear back into the stacks, never to be seen again. 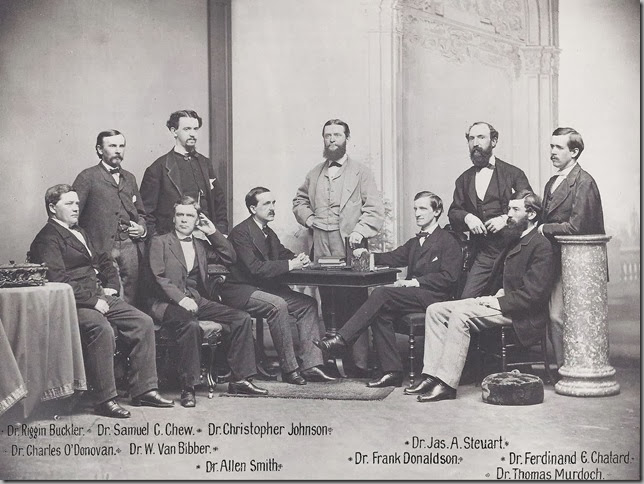 So, in an effort to have them see the light of day, via pixels floating through the ether, I’ve started yet another blog! It’s called MedChi Archives, and here is the link.

Several people asked about the portrait I posted the other day. This is John Hawkins Patterson (1816-1893). 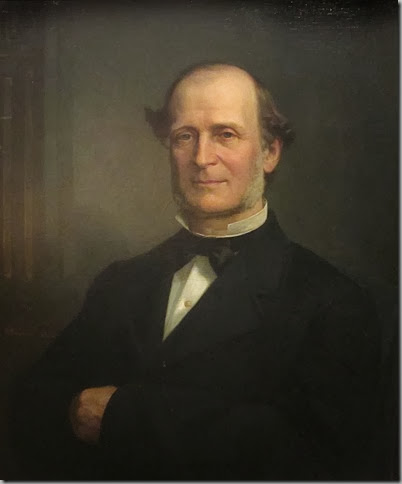 Here’s what I know:

John Hawkins Patterson was born in Baltimore on August 10, 1816. His father, William Presbury Patterson, was a native of Scotland. Dr. Patterson studied medicine in the office of Dr. Ashton Alexander who was one of the founders of the Faculty, and also Provost of the University of Maryland. Dr. Patterson graduated from the University of Maryland Medical School in 1837, and went to work in partnership with Dr. Alexander.

On the death of his preceptor (basically a tutor), Dr. Patterson became heir to a large amount of Dr. Alexander’s practice. He was the friend as well as the physician of many prominent families in this city, among whom he practiced for more than half a century. But he found time also for unremunerated work among the poor.

For more than 30 years, he was physician to St Paul’s Orphanage where he was held in grateful remembrance. He was described by one who knew him well as genial and cordial in manner, unremitting in the care of his patients and commanding the love and respect of his brethren in the profession.

Dr. Patterson died May 25, 1893. His portrait was presented to the Faculty by his daughter, Mrs. Mary F. Birch, in 1897 and these remarks were made by Dr. Samuel C. Chew at the presentation of the portrait, which was painted by J. Dabour.

Meg Fielding
Meg Fielding writes the local interior design and lifestyle blog Pigtown Design. She enjoys dual citizenship with the US and the UK.