Although I’d rather it have been a Dark N Stormy cocktail, for all of the damage it did. We were hit on Friday night by a storm system called a derecho. 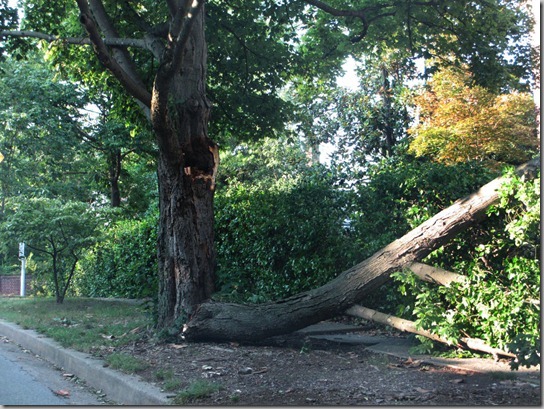 A derecho (pronounced similar to “deh-REY-cho” in English)  is a widespread, long-lived wind storm that is associated with a band of rapidly moving showers or thunderstorms. Although a derecho can produce destruction similar to that of tornadoes, the damage typically is directed in one direction along a relatively straight swath. As a result, the term “straight-line wind damage” sometimes is used to describe derecho damage. By definition, if the wind damage swath extends more than 240 miles (about 400 kilometers) and includes wind gusts of at least 58 mph (93 km/h) or greater along most of its length, then the event may be classified as a derecho.

I had been listening to the radio, and while they said there were storms in the area, 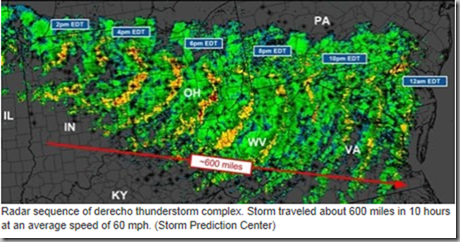 they were significantly to the west of us, so I didn’t worry. 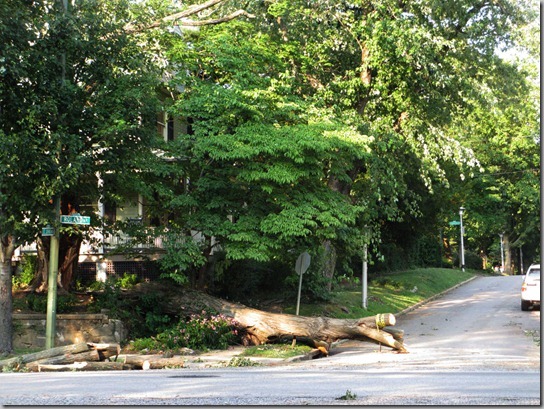 But at about 11:00 p.m. I felt the wind slam into my house. For the next hour, we were battered by wind, rain, thunder and lightning. My power flickered on and off, but stayed on for the duration.

More than 3 million other households, including my mother and my sisters, were not so lucky. As I drove around, I saw orange power cords criss-crossing streets. 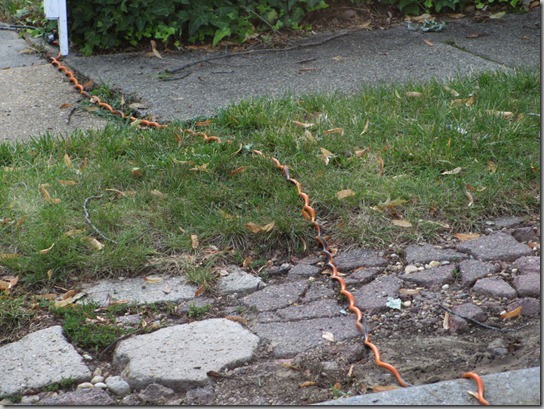 Traffic lights at major intersections were out, 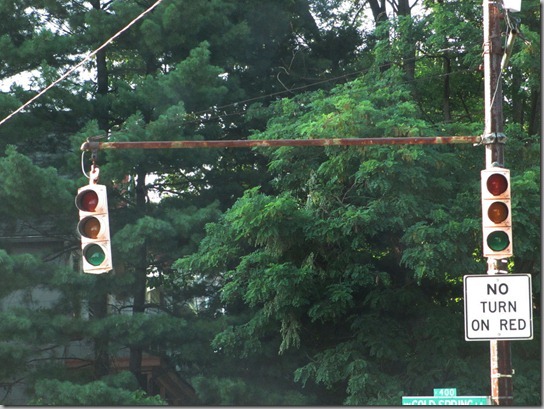 and limbs were hanging from power lines. 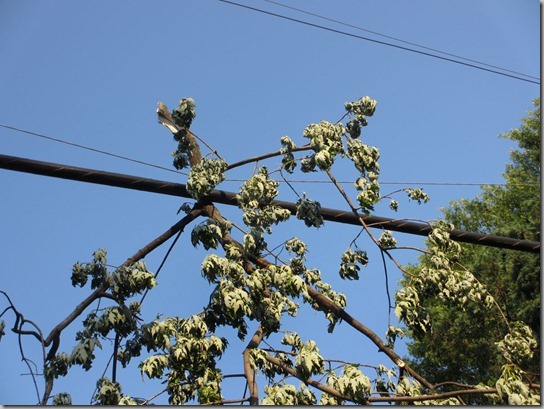 The area where I live is filled with 50 to 100-year old trees, and many of them went down in the winds that topped 60 mph. Streets were blocked with fallen trees 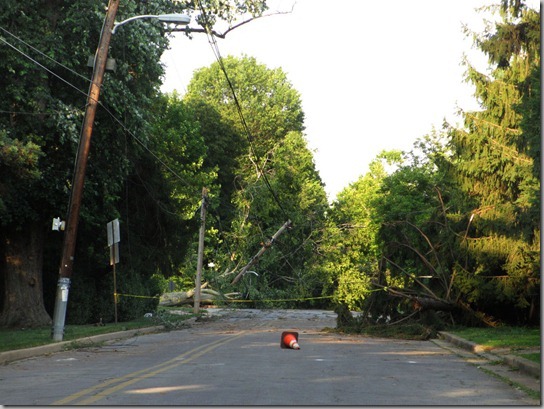 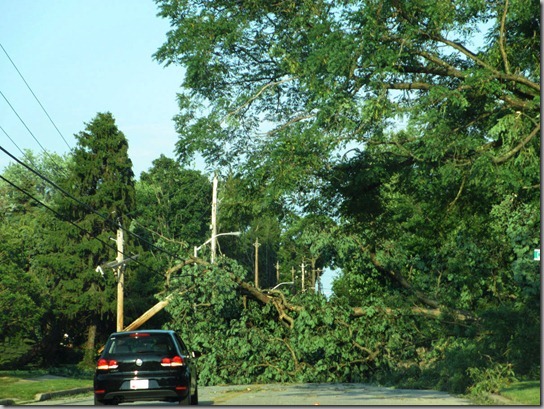 My poor sister, Bird, who has just finished the kitchen renovation from hell (Thanks to IKEA and their horrible, horrible customer service and even worse sub-contractors!), about three weeks ago, was standing in said kitchen when a branch came hurling through the roof. It struck her, but the force was blunted by the ceiling beams, thank God! To add insult to injury, on the other side of the house, her car, which she’d just paid off, was under a fallen tree. Luckily, Bird is okay, but she has a hole in her roof.

I saw some houses which had been hit, 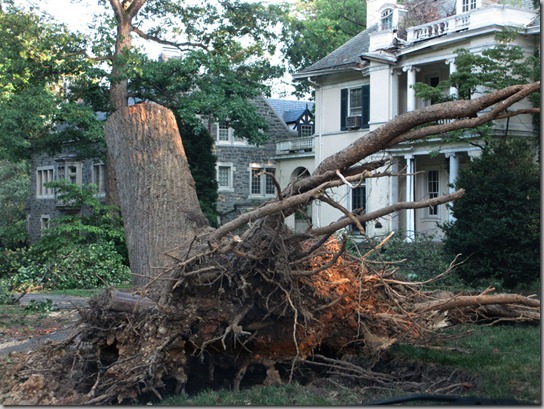 although the most of the damage to this one seems not to have been repaired from Hurricane Irene last fall. 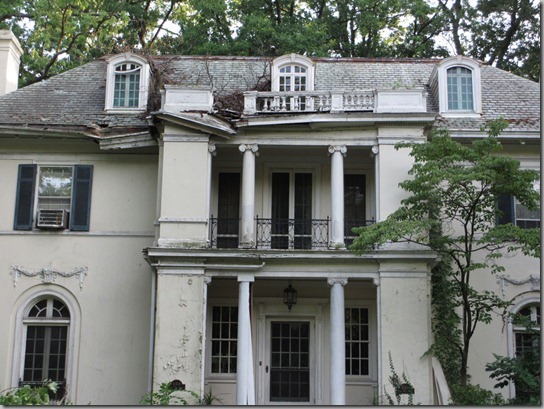 Such a shame. It’s a gorgeous house, but it looks to be all but abandoned. 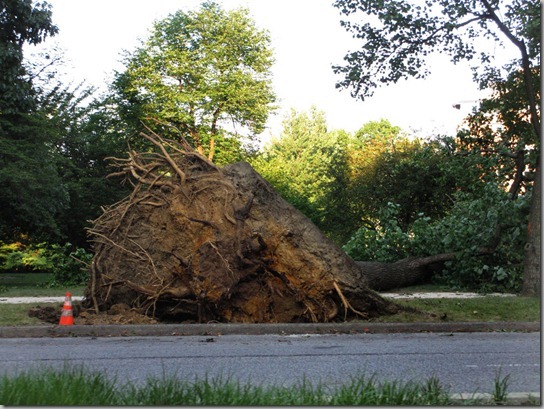 I hope you weathered the storm!