This year marks the 100th anniversary of the founding of the Baltimore Museum of Art, and to celebrate, the Museum is undergoing a huge renovation and restoration project. I was invited to a hard-hat tour and event launch and I think great things are in store for visitors at the BMA, home of the incomparable Cone Collection, among others. 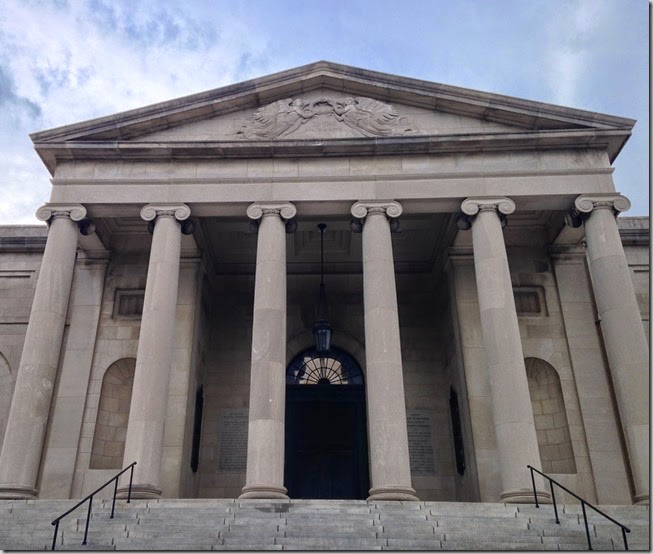 One of the current, and major flaws of the Museum is that visitors do not enter the building through the grand staircase and front doors. For the past 20 years, they’ve been shuffled off to one of the side entrances. The building was designed by the American architect, John Russell Pope, a master of classical architecture including the Jefferson Memorial in Washington, DC, and to have his main feature go un-used has been a bone of contention.

The front doors open into a huge hall which signifies to visitors that this is a special place. 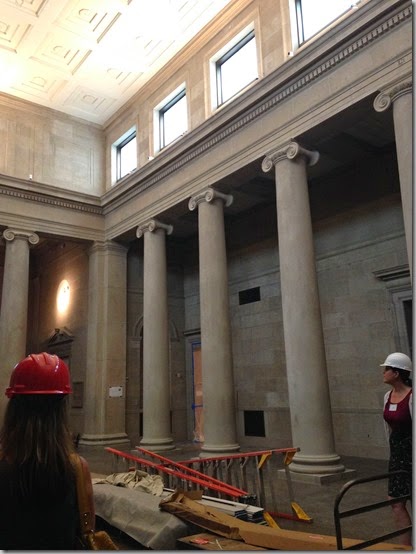 In the renovation, the room has been returned to the classical look which Pope intended and the beautiful old chandeliers, which were removed to “clean up” the space, will be re-installed from storage. 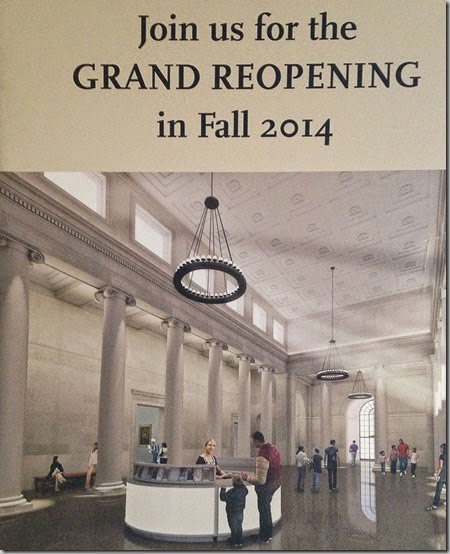 There will be subtle lighting behind the rows of columns and the ceiling will reflect both the ambient natural light from the windows, and the light from the chandeliers.

To help control humidity and temperature in the galleries just to the left and right of the front doors, a small entry, fitting with the original design has been constructed. The entry also serves as a pause between the outside and inside spaces. 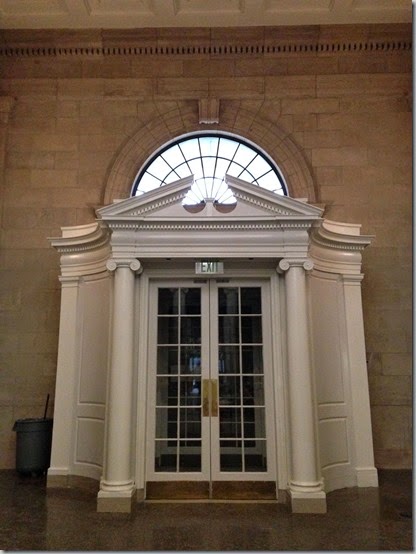 The galleries on either side of the main hall are also being renovated, and the herringbone style floors that Pope had originally intended for installation have been laid 100 years later. At some point, concrete floors were installed, and then found not to be level. It took a diamond sander, several weeks and lots of money, to level the floors.

One of the clever ploys is to use the edge of the herringbone floors as a visual and physical stopping point from which to view the art. 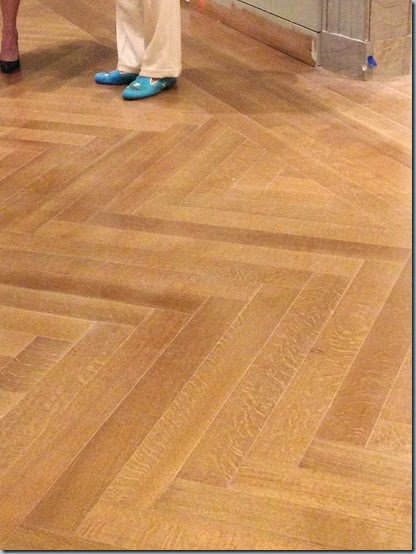 You can see here how they’re at an optimal distance from the eye to the art – just enough for both detail and perspective. 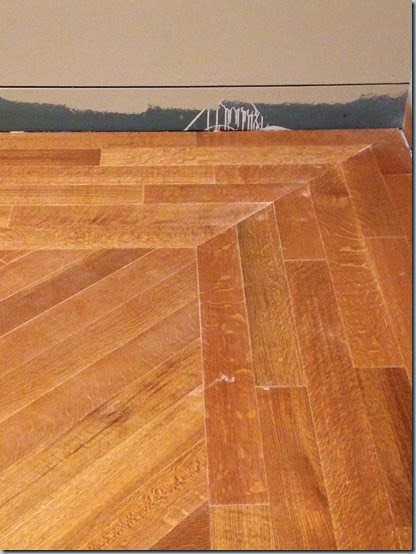 The hall and galleries open onto a gorgeous interior courtyard, 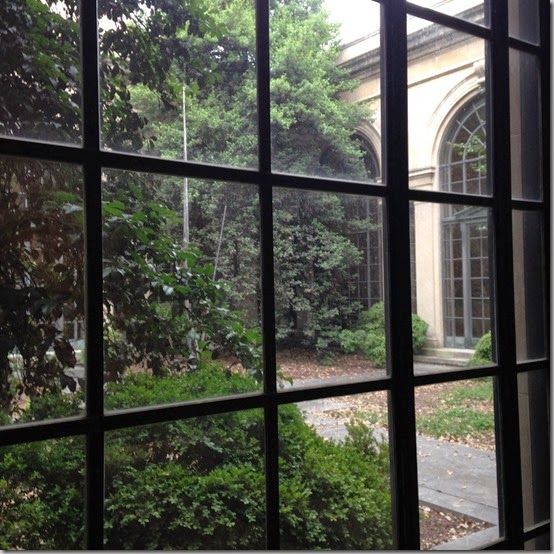 surrounded by a wide hallway, filled with sculpture, some of which you may recognize! 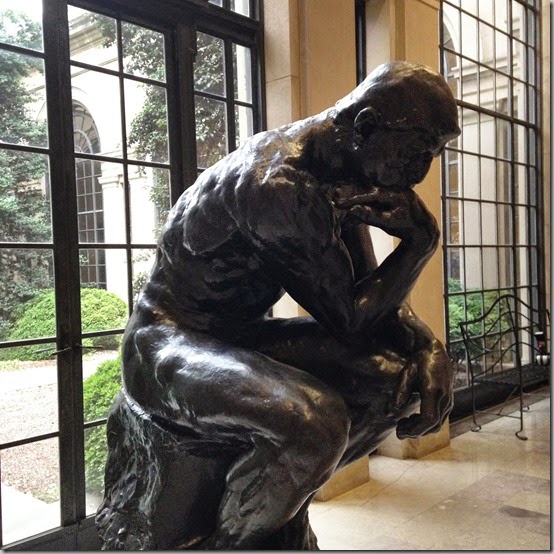 The walls are filled with ancient mosaics from the Middle East, Greece and Rome. 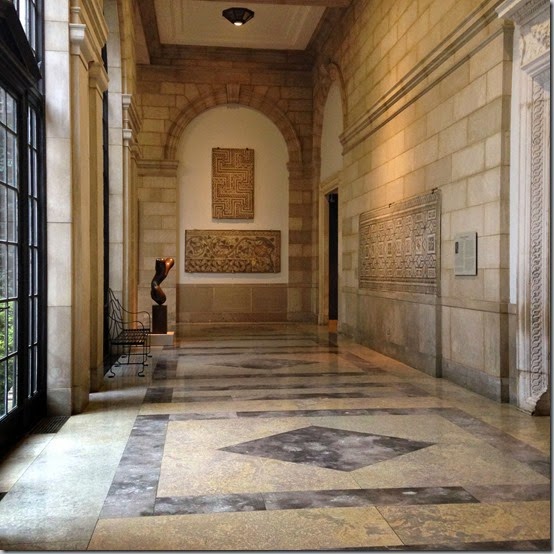 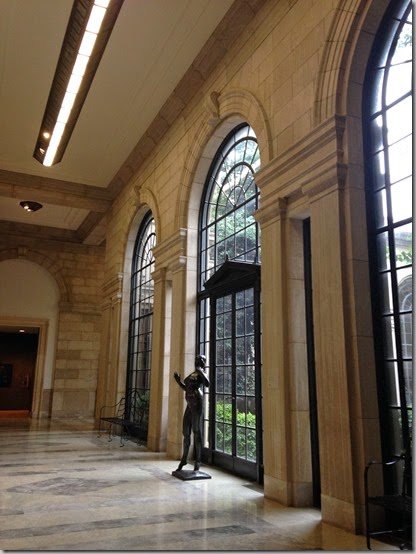 As I left the meeting and walked back to my car, I couldn’t help but think how this Museum has figured into my life – from art lessons as a child, to a stint doing fundraising for them, and now back to help celebrate the 100th year. And each time I’ve come to the Museum, I’ve been greeted by the massive lions in front, 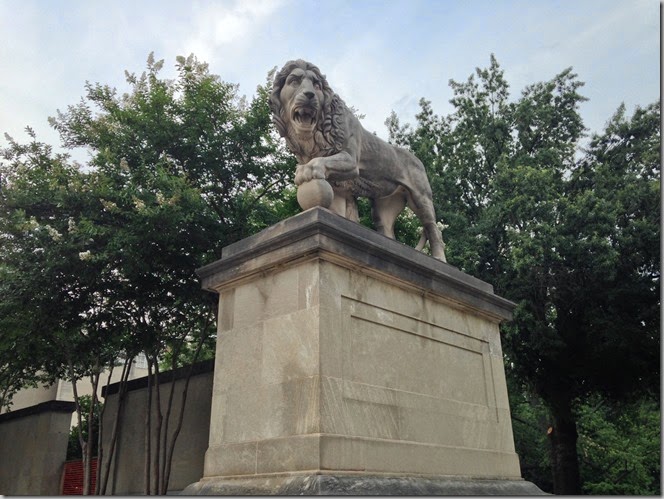 and made a point to stop by and look at the beautiful spring house on the grounds, 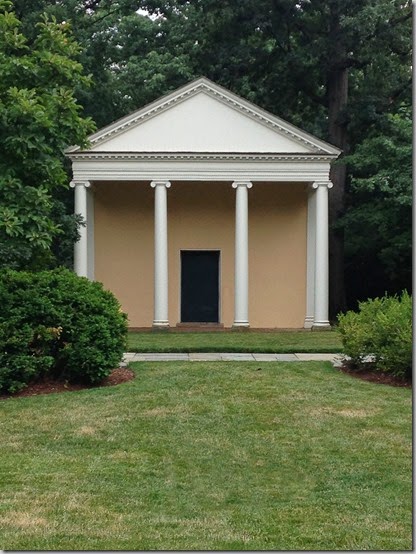 designed by Benjamin Latrobe, architect of the Capital in Washington, DC.

For more information on the Baltimore Museum of Art, please click here.