Ha! Try and say that fast three times! I was invited to Ladew Gardens, one of the most special places in our area, for the unveiling of a newly redecorated room in the manor house. For years, the house was decorated mainly in the fashion of the owner, Harvey Ladew, but there were always the tastes of the various house committees overlaid on the décor.

What started as a job to replace some pelmets and restore a cracking ceiling became a 10-month long project, spanning the globe and using the expertise of numerous craftspeople. 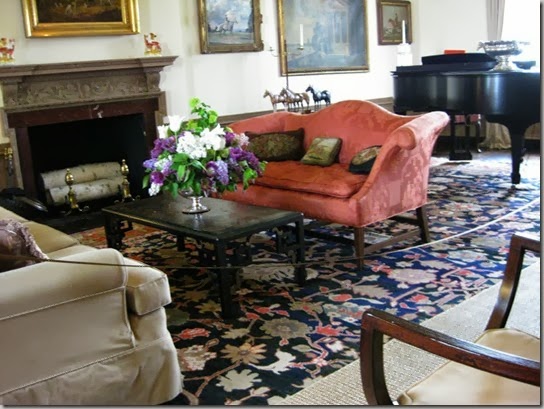 In the image above, you can see a little bit of the room as it’s been decorated for the past 20+ years. What you can’t see is the huge and growing crack across the ceiling and the deep concern on the faces of the staff and board. In addition, there was a feeling that something wasn’t quite right about this drawing room, as it didn’t fit well with the rest of the house.

Everything was removed from the room and the plasterers were called in, only to find severe structural damage to the plasterwork and the ceiling. Once the pelmet was removed, the damage to it was clearly apparent. 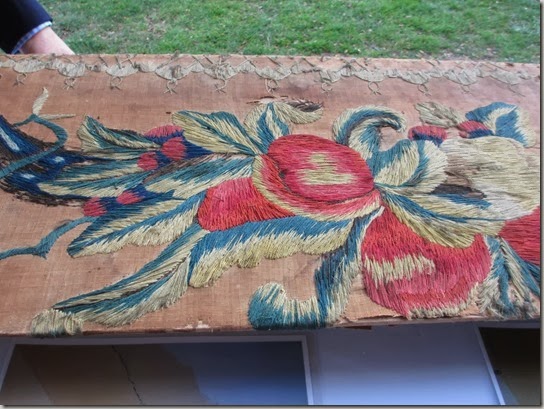 Moths, age and lots of cigarette smoke had taken their toll and the fabric was damaged and the stitchwork was tattered. 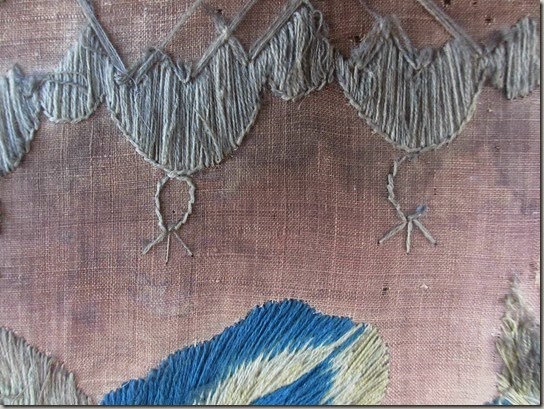 The curtain tie-backs were not in much better condition. 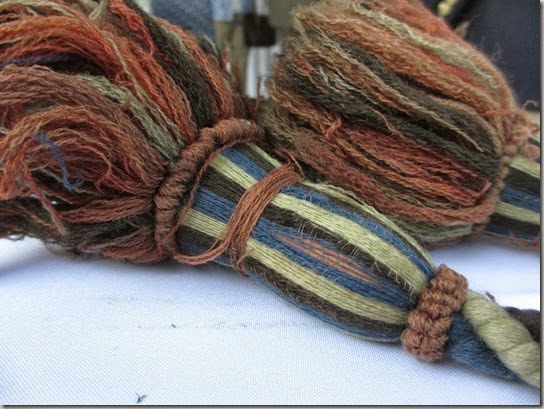 Trips to the Design Center in NYC were made, fabrics were sourced from Scalamandre and Chelsea Textiles, and an order was sent off to be hand-stitched in India. 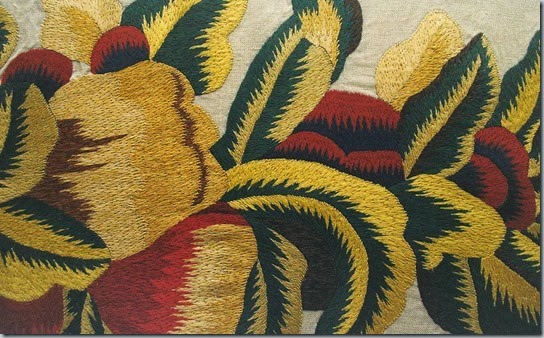 Paint colours were investigated, and it was discovered that the room was the palest celadon green rather than the yellow which it had been painted.

Original inventories of the house from the 1930’s and 1950’s were consulted and pieces were relocated from other parts of the house. 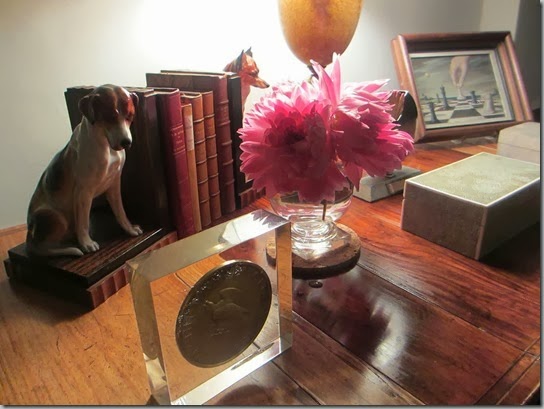 Copies of paintings that had once been in the room were sourced and reproduced. 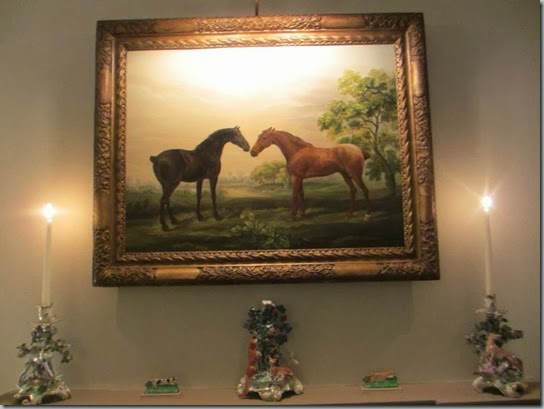 Speeches were made, donors were thanked, last minute details were checked 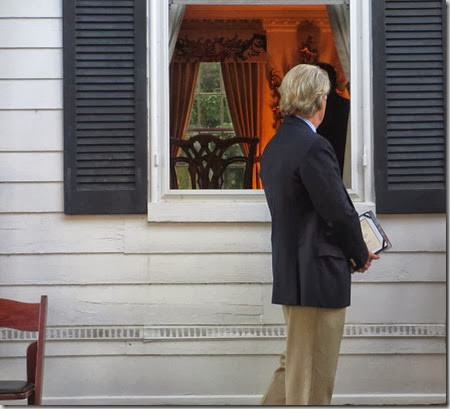 the candles were lit, 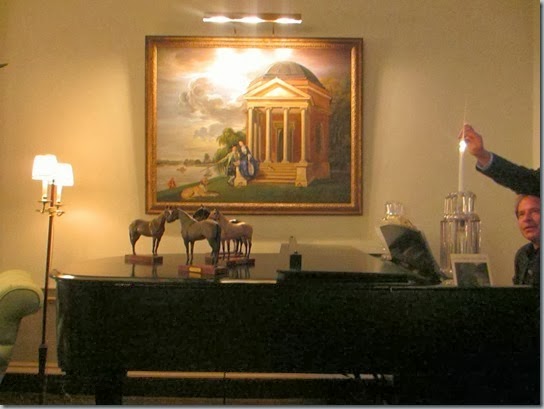 and the room was unveiled!

Even the tie-backs are gorgeous! 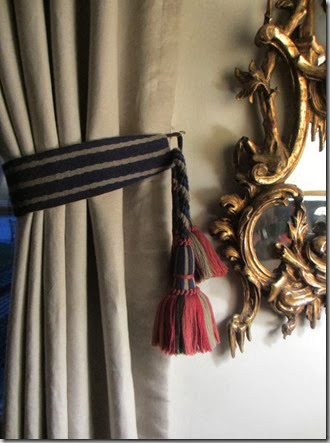 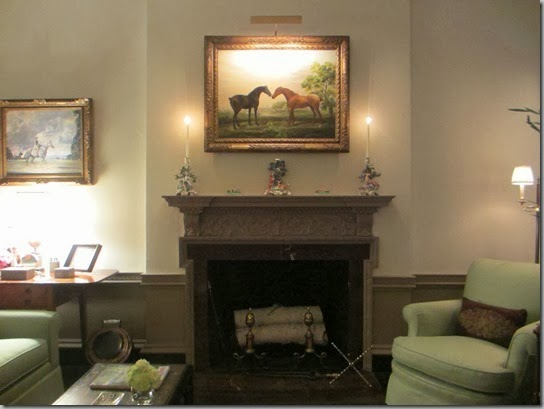 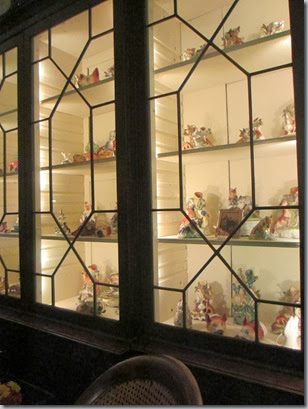 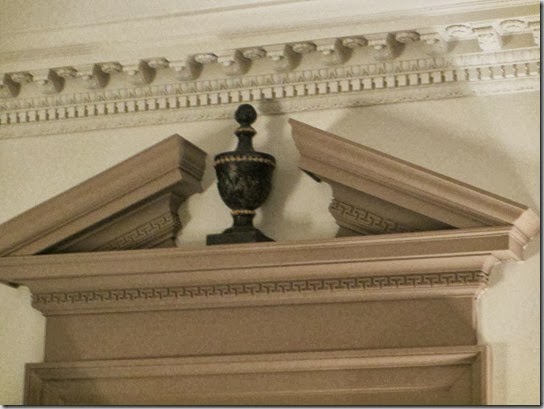 The drawing room turned out beautifully, thanks to the hard work of the staff and board members, especially Sarah Schweitzer, LB Boyce, Stiles T. Colwill, Fran Scully and Executive Director, Emily Emrick! I know that this was a lot of hard work, and everyone should be very proud of the work they did!

The house is open for tours, click here for details on hours and days.

PS. I just wanted to show everyone how well the espaliered apple trees are growing! 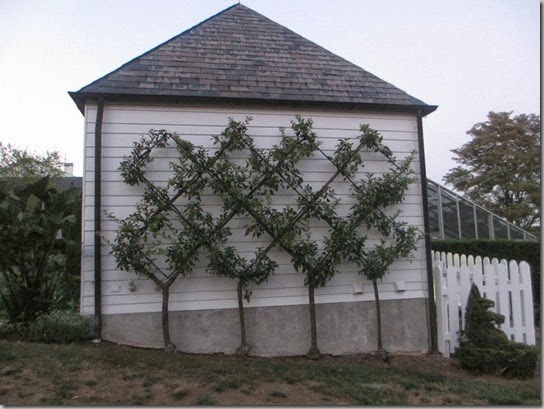