I had the opportunity to tour historic Davidge Hall at the University of Maryland this morning. As many times as I’ve driven by this beautiful 1812 building, I’ve never been inside. 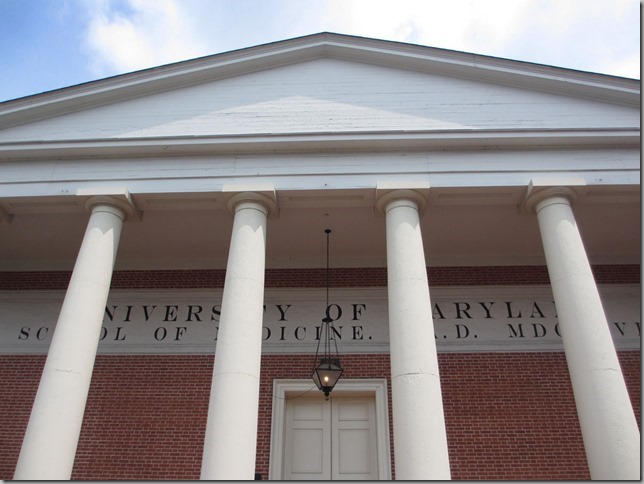 It’s the oldest medical school building continually in use, and while I was there, a lecture was taking place in one of the two lecture halls. The building is in classical Greek revival style, and was modeled on the old anatomical halls found in the 1700’s in Europe. 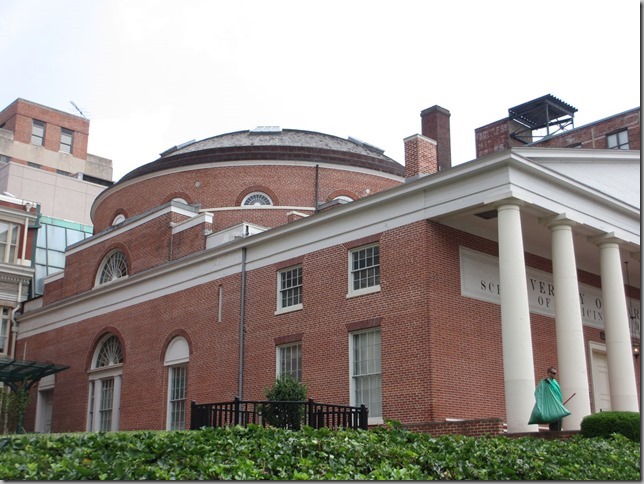 The larger of the two lecture halls is completely round, and topped by a beautiful coffered dome. When you stand dead center, you can hear your voice echoing around you. It’s fascinating, but a little creepy. 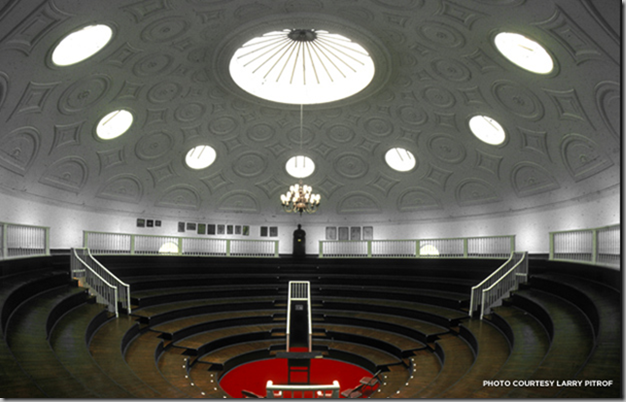 This was an early method of amplification. The lecturer stood in the center of the room and demonstrated his medical operations, while the students sat on the benches which completely surrounded him. Each student could hear the lecturer perfectly. 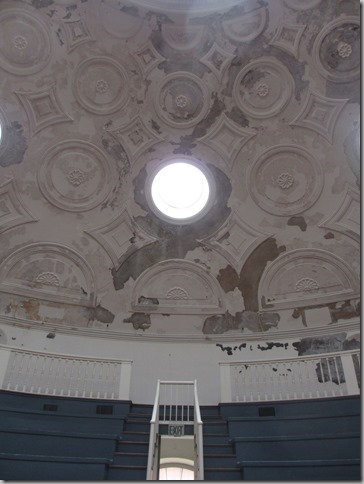 The center of the dome is also topped by a central skylight, which is surrounded by dozen smaller lights. 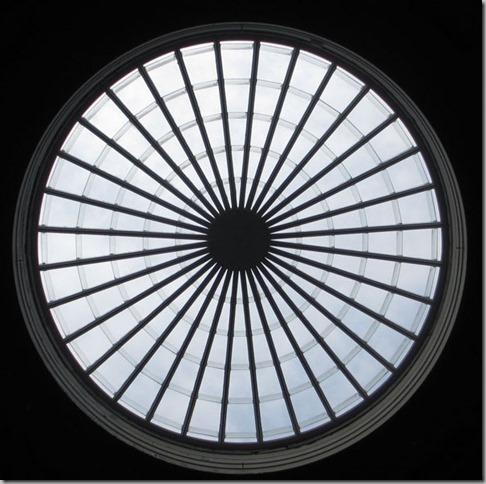 Most unfortunately, due to some bad early repairs and some issues with the building’s HVAC system, the beautiful plasterwork’s paint job has not lasted. However, there’s a certain beauty to the peeling ceilings, 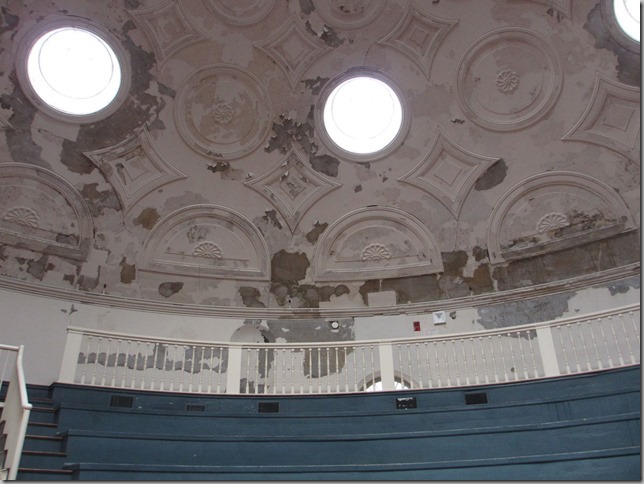 and the peeling paint has revealed the names of some of the early painters, who scratched their names into the woodwork, where it remains today. 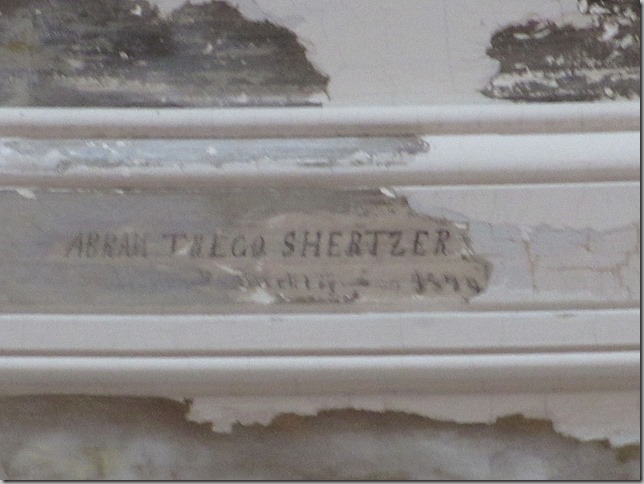 There’s a gallery of exhibits surrounding the lecture hall, highlighting the accomplishments of the school’s alumni. One of the most charming displays was a series of letters from a physician talking about Yellow Fever, which ravaged the Eastern and Southern United States. Paper was a valuable resource in those days, so for this physician to use an entire side paper to announce that he’d finally found the source of Yellow Fever was quite astonishing! 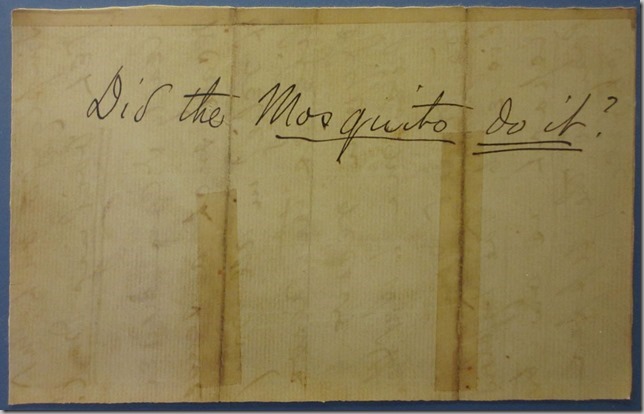 This discovery lead to the eradication of Yellow Fever in the United States and saved millions of lives.

Students subscribed to lectures given by many notables of the day. They received chits of paper with the lecture, date and lecturer and that allowed them to attend the lecture. Each cost about $20, quite a sum in those days. 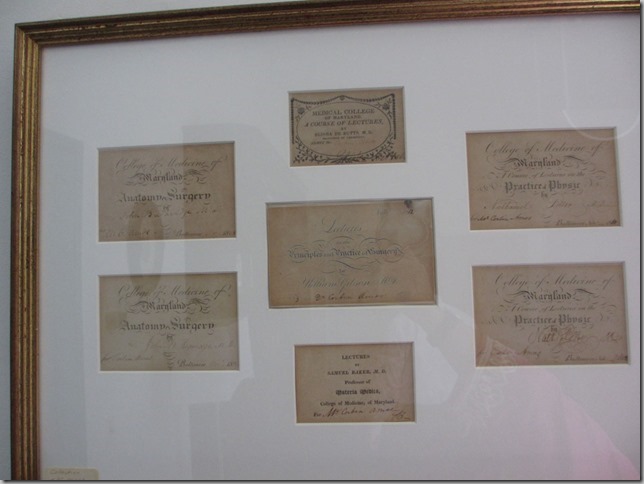 The intertwining story of the University of Maryland’s Medical School, founded in 1807, and the Medical and Chirurgical Faculty of Maryland (where I work), founded in 1799, has at it center the riots caused by John Davidge (after whom the building was named) performing anatomical studies on cadavers (perhaps acquired from the nearby Westminster Burying Ground). Until that time, there was no formal medical training for doctors in Maryland, and physicians were licensed by the Faculty. 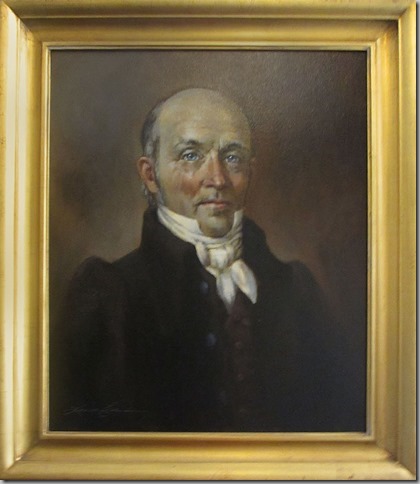 The other of the two lecture halls is smaller in scale but interesting nevertheless. 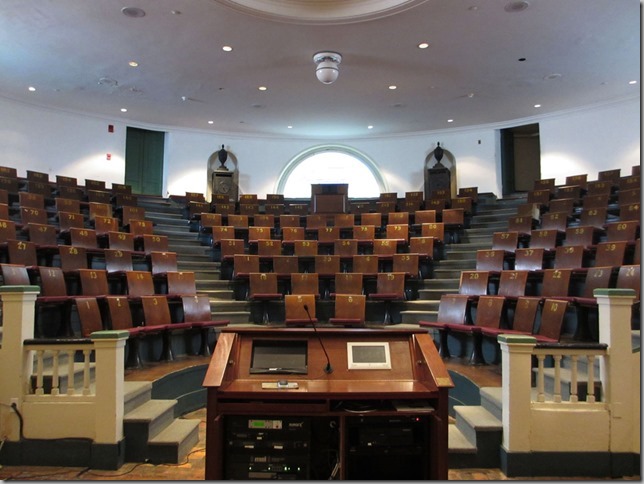 The two urn-shaped pieces in the back of the hall are actually heaters, and there are others scattered around the building. 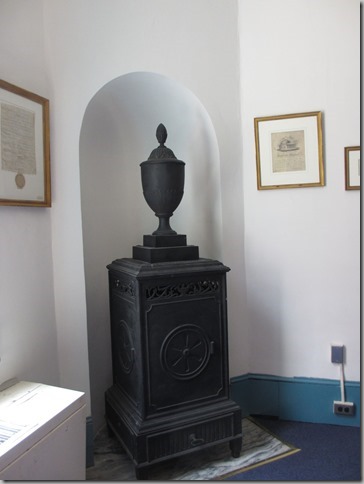 The back of the smaller hall features a large bank of heaters, 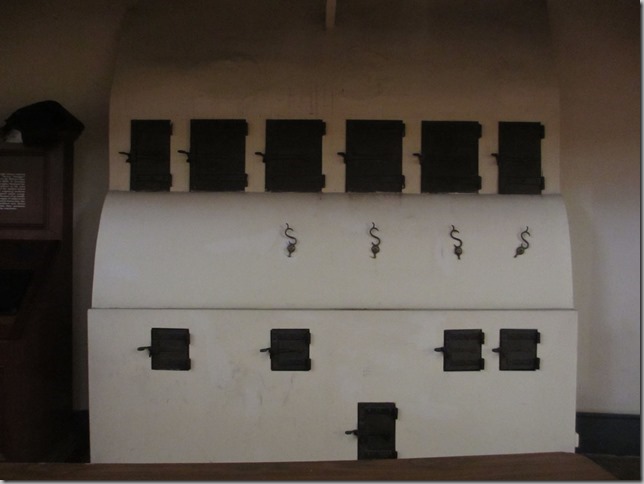 and several busts of the classical physicians and philosophers. 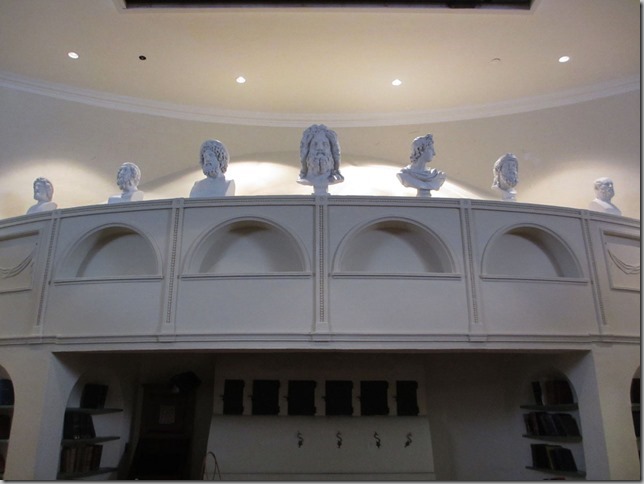 There are also beautiful niches, which are being used to store historical medical books. 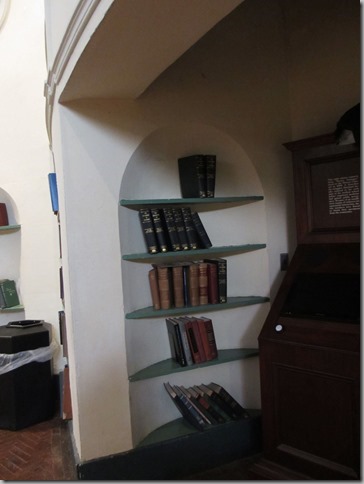 We are truly lucky to have a building like Davidge Hall in our city, and even more fortunate to have the School of Medicine producing some top physicians and some ground-breaking medical research. 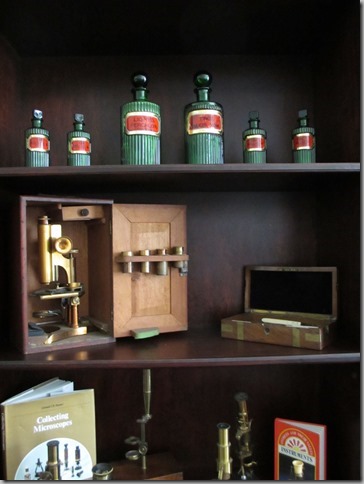 Thanks to Larry Pitrof, Director of the Medical Alumni Association for showing me around and for the fascinating book on the history of the University of Maryland Medical School.