For 10 years, Mia Loving has surveyed the landscape of Baltimore’s black arts community and made a concerted effort to advance the culture forward.

This year, Invisible Majority, which Loving co-founded with musician and artist Blaqstarr, turns five years old. Teaming up with activists like retired NFL player-turned-education advocate Aaron Maybin, Invisible Majority has found itself in the center of creative arts evolution.

Loving managed the Invisible Majority tent at Baltimore Book Festival 2019 where she showcased dozens of black writers, making the tent the first black-run exhibition in 15 years. Nonetheless, even with all her accomplishments, Loving still feels there is work to do.

She talked to Baltimore Fishbowl in the Invisible Majority office about her work and what it took to become one of the only black incubators in the city.

Baltimore Fishbowl: Walk us through the origin of Invisible Majority.

Mia Loving: Just shy of 10 years ago, I moved back to Baltimore and launched an arts collective, Cre3sol. I noticed when I came back home a lot of the events geared towards younger people were predominantly white, and a lot of the Black events attracted older people. There were very few things to do outside of the club for young people who were 18-25 year old.

During that time, it was the early stages of Station North, which shocked me because of the gentrification. I had moved back from Philly and spent a lot of time in Brooklyn, so I was familiar with what gentrification looked like. I decided to take the approach of community organizing to put together different events to help support the black independent business community and artists.

The theory was that the more we support what we want, the less we have to worry about what we don’t want. After about four years of that I learned a lot in the process, like why things were the way they were, and in going down that rabbit hole it revealed a lot of changes that were going on in regards to our leadership.

A few years later, Invisible Majority became a more mature version of what I first learned with my arts collective. Blaqstarr and I founded it together. He came from more of the industry side because he was signed to a label, and I came from more of the community organizing side. He’s more of the creative person and I am the admin. So, the whole idea was to combine and connect these things. We wanted to approach industry knowledge with more of a community focus.

We wanted to give tools for people to sustain and monetize themselves through economic development and justice.

BFB: How were you able to become the first black-operated literary tent at the Baltimore Book Festival in 15 years?

ML: Nikiea Redman, who I call Baltimore’s Toni Morrison–pertaining to her publishing work more than her writing–encouraged the writing and publishing of many of the black books we’ve canonized. In 2018, she organized a lot of vendors at the Baltimore Book Festival. From that experience, she said there needs to be a stage for black people, by black people, and Aaron Maybin was a huge part of that conversation. When we reached out to the Baltimore Book Festival and they replied positively, saying, “We’ve had this in the past and haven’t done it in 15 years. We were trying to figure out how to do it again and you guys came at the right time.”

But they were still kind of hesitant, so we didn’t fully get the support that we needed. Once we actually pulled it together there were several people from the Book Festival who came and said, “We didn’t understand it before, but we understand it now.”

I think one thing that I’ve found, as Invisible Majority has been a part of the race and equity conversation, is that things have changed in the past five years. We’re seeing more people of color in leadership positions, but this still doesn’t address a lot of issues on the topic of ownership. So, I find a lot of people saying, “But look, things are so diverse.” And Baltimore is way more diverse than other places with a large percentage of black residents, but when you look at the stats, there’s only a fraction of black people working in the arts community. That makes you begin to ask questions. Why aren’t there more of us?

If you look at the history of Baltimore and the legacy, you can see how black people’s contributions in Baltimore is a central part in American history, but when you look at the world of art, business and politics, you don’t see that reflected.

And when you see black people curating a space, it has a different approach. A lot of people that were a part of our stage may have also been a part of the main stage, but our conversations, why they were being invited and the audience was totally different from the other stages. It’s from our perspective and there’s a sense of ownership and connection there. We wanted to give people who may not have been attractive to the mainstream sentiment or standard to sit alongside black writers who are more nationally recognized. You could really see the diversity in blackness, which is something that most people don’t understand exists. We’re not just one topic. We have a full gamut of topics just like any other community.

BFB: Why did you decide to obtain a physical space for Invisible Majority?

ML: Invisible Majority has had a space before because one thing I realized with my earlier arts collective, Cre3sol, was that not having a physical space was our biggest challenge. When I had my team try to book event spaces, they weren’t getting callbacks. We had to scour the city for space. So, we wanted to have a space where people could do events that were accessible and affordable, and people could exchange ideas and co-work.

We started before Impact Hub and Open Works, so it was a new concept in the arts arena. It wasn’t in the general public’s consciousness. We were in our first space for about a year, and because of certain limitations, we decided to partner with and manage different spaces for a while.

We decided to open the current space after Baltimore Book Festival because a lot of people who were there started asking where our physical space was. They would say they would love to find a place where they could get local black books and have different panels. So, we set the intention and followed the path, and things opened up at the right time. Sometimes I don’t always know what the next step is, but when I see things flowering and blooming, I move in that direction.

Getting the space happened rapidly and we’re building as we go. We don’t have a bunch of investors, so it’s step by step, but we want people to know that Invisible Majority is a resource. We are launching a membership structure and offering affordable ways that people can access not only the space, but professional services as well. We’re a network and we help connect people so they can help one another move to the next level.

BFB: How do you think black consciousness in Baltimore has evolved?

ML: Honestly and sadly, I’ve become quite jaded. I guess on one level, people are beginning to understand the importance of ownership, and valuing themselves and the community, but it’s been really tough. Just like during the first wave of integration, we are usually quick to abandon our own stuff and put a lot of energy into being invited into spaces that wouldn’t normally accept us.

I mean, this is Baltimore. We have a huge legacy. We have the oldest black newspaper, we have the oldest black theaters, and sometimes I feel like our energy should be used to help black legacy organizations. It’s tough, it’s about finding a balance and raising our self esteem. When I first moved back to Baltimore in ’09, you could feel that our self esteem had risen a bit. And now you are starting to see that declining. A lot of things changed after the Uprising. That is something I am still working on getting over.

It’s been kind of tough to navigate what this new Baltimore is becoming. As someone who was born and raised here, I’m realizing I’ve been mourning old Baltimore. I’m mourning what we’re losing in trying to gain access to spaces that aren’t interested in having us around. It’s not like we don’t have anything to build off of, and it feels like we’re being told and treated like we’re nothing and we have to accept whatever is given to us, and that’s just not true.

So, it’s been part of my mission to change the perspective and learn more about Baltimore’s history, and present the history so people can value their experience and feel validated.

BFB: So, it’s been five years. Do you feel you’ve made progress?

ML: It’s interesting because the majority of the goals I set out to accomplish, I’ve accomplished. But then, there’s the reality of the accomplished goals. Even with fighting to have more representation of people of color in arts organizations, that created a set of different issues. I didn’t know that a lot of the black spaces we had would disappear. You see these issues operating simultaneously. The way we do things in this city is that you’ve got to take from something to give to something else. There’s so much abandonment.  Why?

I think we can keep building off the things we started in the past. When I learn about the history of Baltimore, that’s literally how Baltimore became a thriving city. As soon as we started implementing racism and classism in our city planning and legal system, that’s when the city started going downhill. You can historically see the decline and decay when that started to happen because the vibrance of the community was taken away.

But on the other hand, being able to see people and places being celebrated, and watching black people get national recognition along with the growth of certain business models, is great. We have so many more tools and resources than we had five and 10 years ago. So, now I feel like my job is to educate people about ownership and translate that into community wellness and political power after it has been taken away for so many years. 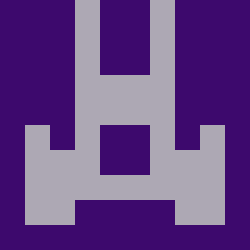